PASADENA, Calif.—Bacteria have evolved different systems for secreting proteins into the fluid around them or into other cells. Some, for example, have syringe-like exterior structures that can pierce other cells and inject proteins. Another system, called a type VI secretion system, is found in about a quarter of all bacteria with two membranes. Despite being common, researchers have not understood how it works. Now a team, co-led by researchers at the California Institute of Technology (Caltech), has figured out the structure of the type VI secretion system apparatus and proposed how it might work—by shooting spring-loaded poison molecular daggers.

"People aren't surprised that animals have really interesting ways to hurt each other—snakes have venom, bears have claws," says Grant Jensen, professor of biology at Caltech and coleader of the study. "But they might be surprised that a single cell within one of those animals' bodies is still 100 times larger than the bacterial cells we're talking about, and yet the bacterial cells contain weapons that are so sophisticated. That's the marvel."

The nano-weapon—which spans a distance no longer than about 80 atoms lined up end-to-end—is a tube that contracts very quickly, firing an inner dagger through the cell's membranes, into the surrounding medium and, possibly, into another cell. The tube then disassembles and can reassemble elsewhere in the cell, ready to fire another molecular dagger.

The findings, made in collaboration with researchers at Harvard Medical School, appear as an advance online publication of the journal Nature.

The work began with an accidental discovery. Researchers in the Jensen lab were using an electron cryomicroscope—an electron microscope that enables researchers to observe samples in a near-native state—to image an environmental strain of Vibrio cholerae cells. Unlike traditional electron microscopy—for which samples must be fixed, dehydrated, embedded in plastic, sectioned, and stained—electron cryotomography (ECT) involves freezing samples so quickly that they become trapped within a layer of transparent, glasslike ice. The microscope can then capture high-resolution images as the sample is rotated, and those images can be stitched together to make 3D videos—so-called tomograms.

Jensen and his team wanted to use the technique to observe how V. cholerae cells segregate two duplicate copies of their genetic material before dividing. Instead, they noticed relatively large tubelike structures spanning the entire width of the cells. And they had no idea what the structures were.

Jensen started sharing preliminary images of the mysterious structures in lectures around the country, asking if anyone knew what they might be. Finally, someone suggested that he talk to John Mekalanos of Harvard Medical School, who was involved in the original discovery of the type VI secretion system.

The Mekalanos lab made a version of V. cholerae lacking one of the proteins that makes up the tube structure. With that protein knocked out, the type VI secretion system disappeared. In another experiment, they attached fluorescent tags to the proteins and were actually able to watch the structures form and contract within living cells.

"When the tube contracts, that's when it shoots," says Martin Pilhofer, a postdoctoral scholar in Jensen's lab. "That result agrees well with what we had seen using the electron cryomicroscope, where we observed long tubular structures in two different conformations—extended and contracted. Whereas electron cryomicroscopy allowed us to observe the secretion apparatus at high resolution, the fluorescence study gave us more insight into the dynamics of the system."

The firing mechanism is similar to the one used by bacteriophages, viruses that infect bacteria. Phage tails are made up of an outer sheath and an inner tube that gets ejected. Since other researchers had previously established that proteins in the type VI secretion system are similar to those found in various parts of the phage tail and its associated structures, there is even more support for the newly discovered mechanism for the type VI secretion system.

"These amazing tubes inside the cell went undetected for decades of traditional electron microscopy, and they may have stayed that way for many more," says Jensen, who is also an HHMI investigator. "But Caltech made a wise investment a long time ago, with the generous help of the Gordon and Betty Moore Foundation, into our one-of-a-kind electron cryomicroscope, and it is truly what allowed us to see these structures."

In addition to Jensen, Pilhofer, and Mekalanos, other authors on the Nature paper, "Type VI secretion requires a dynamic contractile phage tail-like structure," include Gregory Henderson, a former graduate student in Jensen's lab who is now a resident physician at the Mayo Clinic, and Marek Basler, a postdoctoral scholar at Harvard Medical School. The work was supported by grants from the National Institute of Allergy and Infectious Diseases and the National Institute of General Medical Sciences. 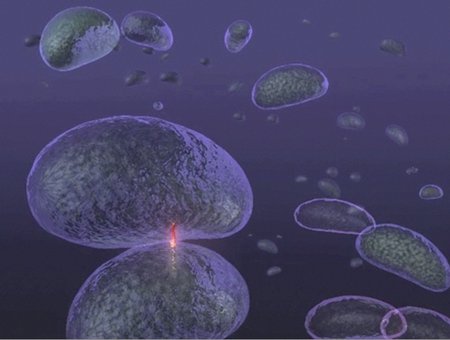 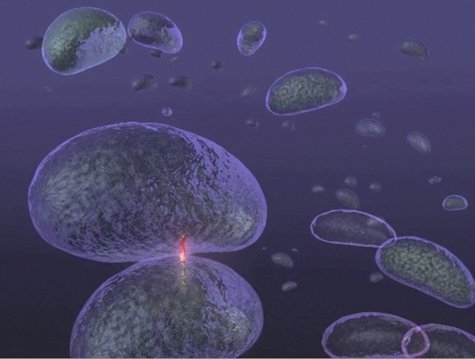