Skip to main content
Home  /  About  /  News  /  Sniffing Out Answers: A Conversation with Markus Meister

Sniffing Out Answers: A Conversation with Markus Meister

Blindfolded and asked to distinguish between a rose and, say, smoke from a burning candle, most people would find the task easy. Even differentiating between two rose varieties can be a snap because the human olfactory system—made up of the nerve cells in our noses and everything that allows the brain to process smell—is quite adept. But just how sensitive is it to different smells?

In 2014, a team of scientists from the Rockefeller University published a paper in the journal Science, arguing that humans can discriminate at least 1 trillion odors. Now Markus Meister, the Anne P. and Benjamin F. Biaggini Professor of Biological Sciences at Caltech, has published a paper in the open-access journal eLife, in which he disputes the 2014 claim, saying that the science is not yet in a place where such a number can be determined.

We recently spoke with Meister about his new paper and what it says about the claim that we can distinguish a trillion smells.

What was the goal of the 2014 paper, and why do you take issue with it?

The overt question the authors asked was: How many different smells can humans distinguish? That is a naturally interesting question, in part because in other fields of sensory biology, similar questions have already been answered. People quibble about the exact numbers, but in general scientists agree that humans can distinguish about 1 to 2 million colors and something on the order of 100,000 pure tones.

But as interesting as the question is, I argue that we, as a field, are not yet prepared to address it. First we need to know how many dimensions span the perceptual space of odors. And by that I mean: how many olfactory variables are needed to fully describe all of the odors that humans can experience?

In the case of human vision, we say that the perceptual space for colors has three dimensions, which means that every physical light can be described by three numbers—how it activates the red, green, and blue cone photoreceptors in the retina.

The fundamental conceptual mistake that the authors of the Science paper made was to assume that the space of odor perception has 128 dimensions or more and then interpret the data as though that was the case . . . even though there is absolutely no evidence to suggest that the odor space has such high dimensionality.

What makes it so hard to determine the dimensionality of odor?

Well, there are a couple of things. First, there is no natural coordinate system in which olfactory stimuli exist. This stands in contrast with visual and auditory stimuli. For example, pure (monochromatic) lights or tones can be represented nicely as sinusoidal waves with just two variables, the frequency and the amplitude of the wave. We can easily control those two variables, and they correspond nicely to things we perceive. For pure tones, the amplitude of the sine wave corresponds to loudness and the frequency corresponds to perceived pitch. For a pure light, the frequency determines your perception of the color; if you change the intensity of the light, that alters your perception of the brightness. These simple physical parameters of the stimulus allow us to explore those spaces more easily.

In the case of odors, there are probably several hundred thousand substances that have a smell that can be perceived. But they all have different structures. There is no intuitive way to organize the stimuli. There has been some recent progress in this area, but in general we have not been successful in isolating a few physical variables that can account for a lot of what we smell.

Another aspect of olfaction that has complicated people's thinking is that humans have about 400 types of primary smell receptors. These are the actual neurons in the lining of the nasal cavity that detect odorants. So at the very input to the nervous system, every smell is characterized by the action it has on those 400 different sensors. Based on that, you might assume that smell lives in a much larger space than color vision—one with as many as 400 dimensions.

But can we perceive all of those 400 dimensions? Just because two odors cause a different pattern of activation of nerve cells in the nose doesn't mean you can actually tell them apart. Think about our sense of touch. Every one of our hairs has at its root several mechanoreceptors. If you run a comb through the hair on your head, you activate a hundred thousand mechanoreceptors in a particular pattern. If you repeat the action, you activate a different pattern of receptors, but you will be unable to perceive a difference. Similarly, I argue, there's no reason to think that we can perceive a difference between all the different patterns of activation of nerve cells in the nasal cavity. So the number of dimensions could, in fact, be much lower than 400. In fact, some recent studies have suggested that odor lives in a space with 10 or fewer perceptual dimensions.

In your work you describe a couple of basic experimental design failures of the 2014 paper. Can you walk us through those?

Basically, two scientific errors were made in the original study. They have to do with the concept of a positive-control experiment and the concept of testing alternative hypotheses.

In science, when we come up with a new way of analyzing things, we need to perform a test—called a positive control—that gives us confidence that the new analysis can find the right answer in a case where we already know what the answer is. So, for example, if you have devised a new way of weighing things, you will want to test it by weighing something whose weight you already know very well based on some accepted procedure. If the new procedure gives a different answer, we say it failed the positive control.

The 2014 paper did not include a positive-control test. In my paper, I provide two; applying the system that the authors propose to a very simple model microbe and to the human color-vision system. In both cases, the answers come out wrong by huge factors.

The other failure of the 2014 paper is a failure to consider alternate hypotheses. When scientists interpret the outcome of an experiment, we need to seriously analyze alternate hypotheses to the ones we believe are most likely and show why they are not reasonable explanations for what we are seeing.

In my paper, I show that an alternate model that is clearly absurd—that humans can only discriminate 10 odors—explains the data just as well as the very complicated explanation that the authors propose, which involves 400 dimensions and 1 trillion odor percepts. What this really means is that the experiment was poorly designed, in the sense that it didn't constrain the answer to the question.

By the way, there is an accompanying paper by Gerkin and Castro in the same issue of eLife that critiques the experimental design from an entirely different angle, regarding the use of statistics. I found this article very instructive, and have used it already in teaching.

How do you suggest scientists go about determining the dimensionality of the odor space?

One concrete idea is to try to figure out what the number of dimensions is in the vicinity of a particular point in that space. If you did that with color, you would arrive at the number three from the vast majority of points. So I suggest we start at some arbitrary point in odor space—say a 50 percent mixture of 30 different odors—and systematically go in each of the directions from there and ask: can humans actually distinguish the odor when you change the concentration a little bit up or down from there? If you do that in 30 different dimensions you might find that maybe only five of those dimensions contribute to changing the perceived odor and that along the other dimensions there is very little change. So let's figure out the dimensionality that comes out of a study like that. Is it two? Probably not. I would guess for something like 10 or 20.

Once we know that, we can start to ask how many odors fit into that space.

Why does all of this matter? Why do we need to know how many odors we can smell?

The question of how many smells we can discriminate has fascinated people for at least a century, and the whole industry of flavors and fragrances has been very interested in finding out whether there is a systematic set of rules by which one could mix together some small number of primary odors in order to produce any target smell.

In the field of color vision, that problem has been solved. As a result, we all use color monitors that only have three types of lights—red, green, and blue. And yet by mixing them together, they can make just about every color impression that you might care about. So there's a real technological incentive to figuring out how you can mix together primary stimuli to make any kind of perceived smell.

What is the big lesson you would like people to take away from this scientific exchange?

One lesson I try to convey to my students is the value of a simple simulation—to ask, "Could this idea work even in principle? Let's try it in the simplest case we can imagine." That sort of triage can often keep you from walking down an unproductive path.

On a more general note, people should remain skeptical of spectacular claims. This is particularly important when we referee for the high-glamour journals, where the editors have a predilection for unexpected results. As a community we should let things simmer a bit before allowing a spectacular claim to become the conventional wisdom. Maybe we all need to stop and smell the roses. 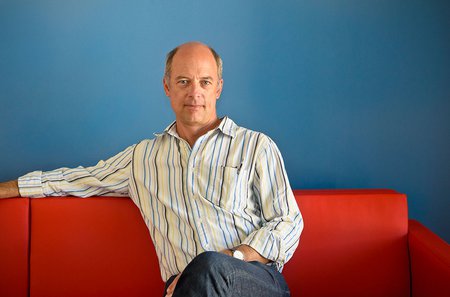 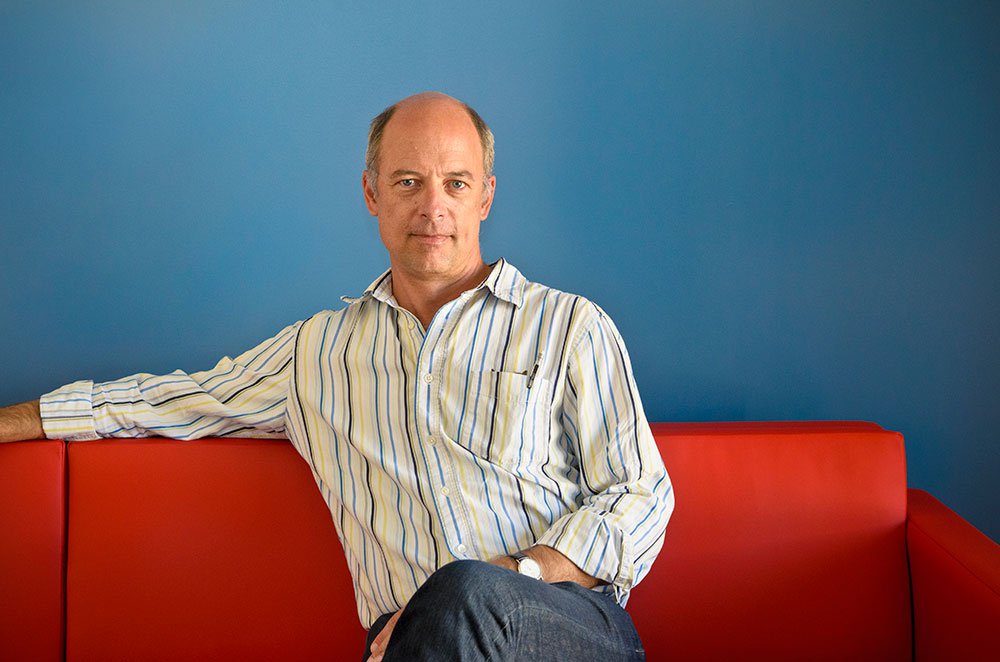 Share this
Tags
biological science & medicine
Related Links
> An Eye for Science: In the Lab of Markus Meister
See All News   >