When you first walk into Bruce Hay's genetics class, it looks like any other 21st-century college lecture hall: the professor, backed by his PowerPoint slides, faces a room full of students with iPads. However, as Hay delivers a lecture about the mechanisms that inhibit gene expression, a rectangular yellow bubble suddenly pops up on the screen below his lecture slide. It's from a student, asking a question about RNA interference. Soon another bubble pops up, this one with a link to a video that explains how microRNAs can affect the color pattern of flower petals. Other bubbles branch off from each other, and hands rise into the air.

Suddenly, you realize you're in the classroom of the future.

Those pop-up bubbles are a key component of a new interactive lecture format made possible by an app developed by two Caltech alums and brought to campus by Caltech's Center for Teaching, Learning, and Outreach (CTLO). The iPad app—produced by Su-Kam Intelligent Education Systems, or SKIES, named after cofounders Julius Su (BS '98, BS '99, PhD '07) and Victor Kam (PhD '08)—is now being used in several classes on campus.

"It's been known for a long time that lecturing—just a professor teaching and the students passively listening—is not an optimal way for students to learn. You always want to have students doing some thinking, some processing, and some recall during the lecture," says Su, who is a CTLO program manager in addition to being one of the cofounders of SKIES.

With this in mind, Su and his colleagues at CTLO have been experimenting with ways to change the traditional Caltech classroom. The SKIES app is based on one such approach—active learning, which gets students participating in a variety of ways, and is supported by a great deal of evidence indicating its effectiveness.

The wiki-like app facilitates this kind of active learning by allowing students to directly interact with lecture materials both inside and outside the classroom. The app compiles and connects notes, links, videos, and other materials—contributed by students, teaching assistants, and the professor—into a branching tree of collective knowledge stemming from an initial seed of slides or other multimedia material.

This concept of students and teachers interacting to create knowledge together is what drew Professor of Biology Bruce Hay to become one of the first users of the SKIES app in 2012.

Students can ask questions during Hay's lecture in the SKIES app. The questions or comments pop up below the lecture slide in real time.
Image Lightbox 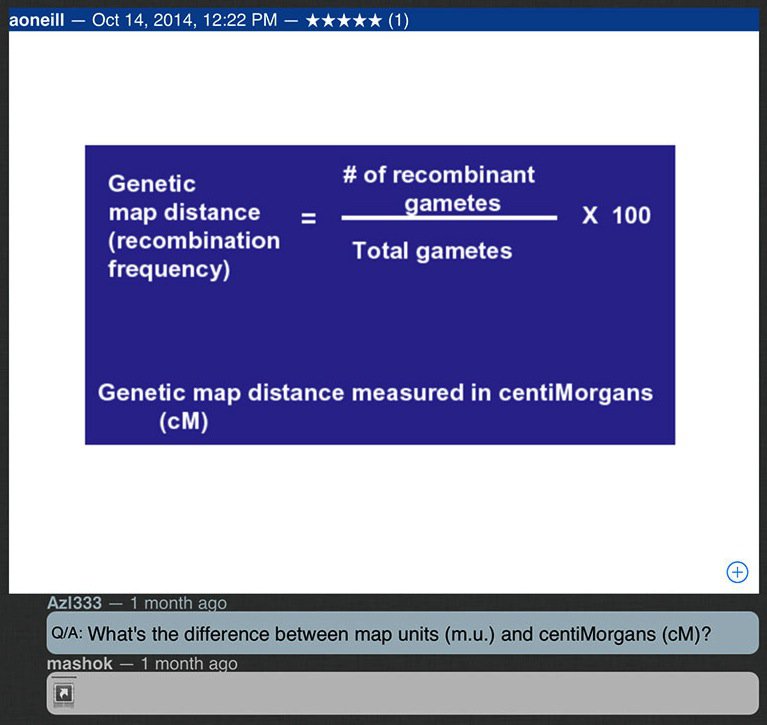 Students can ask questions during Hay's lecture in the SKIES app. The questions or comments pop up below the lecture slide in real time.
Download Full Image

"The big struggle that I have—and that lots of people have—is just getting students to ask questions; getting people to turn the class into more of a discussion rather than just the lecturer speaking," Hay says. "I knew that Julius and Victor were developing this prototype, and I thought, I've been teaching this same course for 15 years now and maybe this would be a good idea, to just try something new that might make it a little more interactive."

In the three years Hay has used the app in his genetics class, he says the app has done just what he'd hoped it would: provided an alternative channel by which students can participate. During class, Hay says students often add cards to his lecture slides as a form of public note-taking; for example, in one lecture, a student added a card to a particular slide, saying, "Professor Hay says this would be an excellent exam question." After class is over, he says, students often post cards with questions about the day's materials; these can then be addressed by Hay or the class's teaching assistants, either directly in class or through another branch of cards in the app.

Hay says that the app lets him monitor what students are contributing—and it allows him to promote and highlight information he considers particularly helpful and relevant to understanding the lecture material. Conversely, the app also allows students to rate how well they understand his lecture slides, as well as the cards added by TAs and other students.

"After class, I take a look at the reviews to see how well the students understood what we talked about in class that day," Hay says. "If I see that a slide is rated green [the app's version of a thumb's up], I can assume that it was pretty straightforward and understandable. But if the students have rated it red, I can add extra material to the slide, like additional text or figures. Then, in the next class, I can go back and say, 'It looks like this part was a little bit difficult. Let's just go back and review it again before we go on to the new stuff.'"

Although these continuous double checks require a bit more effort on the part of the professor and the students, they seem to be paying off: Hay says the average grades in his class went up by almost a full grade point after his first year using the app. The improvement was so noticeable, he says, "it was actually almost frightening. That was probably the biggest indication this was making a difference in terms of learning, instead of just making it fun for me and them." 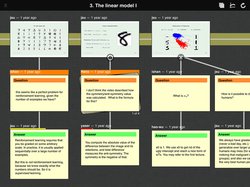 In the SKIES app, students create dialogue by adding 'cards' that branch off of the professor's lecture slides.
Image Lightbox 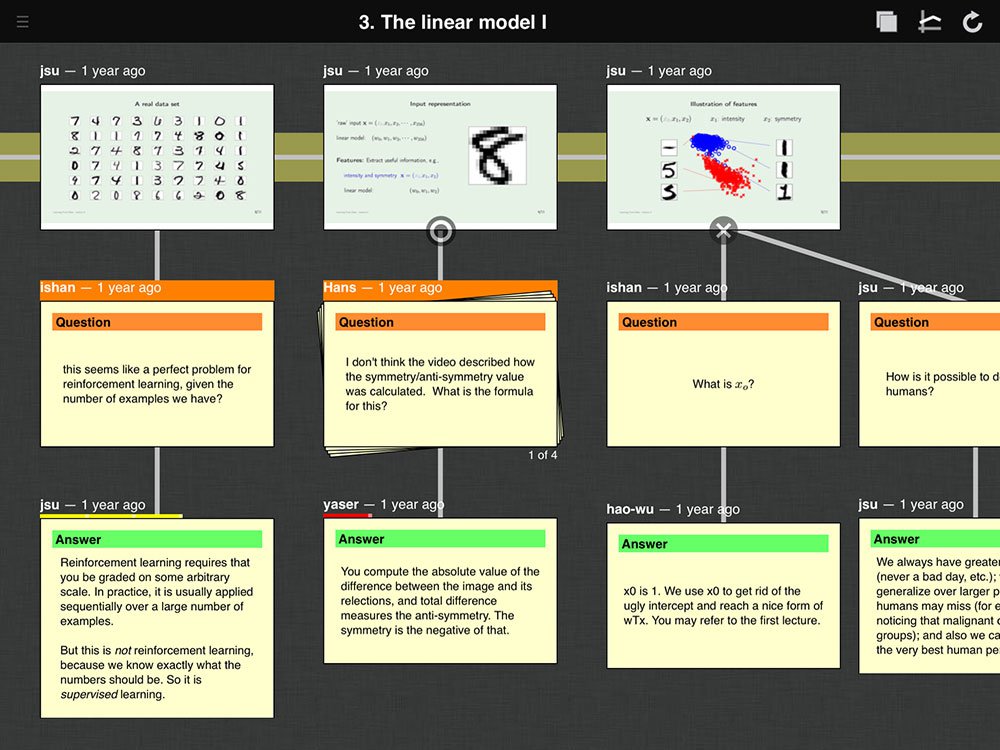 In the SKIES app, students create dialogue by adding 'cards' that branch off of the professor's lecture slides.
Download Full Image

Hay says the added content from students in the SKIES app over the past three years has enabled his course "tree" to grow and improve each term. "I'm not just repeating all the same slides every year. Many of the slides stay the same, but now I add new things, based on what the students found helpful in terms of explanations, quiz questions, and examples. So everyone is involved in making the course better," he notes.

After hearing about some of the app's early successes, other instructors across campus began using SKIES in their courses. This includes Bill Goddard, Charles and Mary Ferkel Professor of Chemistry, Materials Science, and Applied Physics, who has used SKIES to teach lectures and manage group projects in his computational and theoretical chemistry classes; Jeff Mendez, lecturer in chemistry, who has used SKIES to teach the lecture portion of his freshman solar chemistry lab; and Yaser Abu-Mostafa, professor of electrical engineering and computer science, who has used SKIES to promote and manage discussions in the in-class portion of his well-regarded Learning From Data MOOC, which has attracted over 200,000 students within and outside Caltech since its inception.

The app is also being used by many Caltech outreach programs, such as the Summer Research Connection, the Community Science Academy, and Harry Gray's Solar Army, to broaden the impact of university initiatives at the K–12 level; and is being used to teach several classes at Pasadena City College, as well as in several local middle schools and high schools.

SKIES is currently only available on iPad and iPhone, and as the app's popularity has grown, support from the Provost's Innovation in Education Fund and the Bechtel Foundation fund has allowed CTLO to expand the use of SKIES on campus through the purchase of more iPads. In the future, Su hopes that the app's reach will grow even further, both on iPads and eventually by expanding the app to work on other operating systems.

Aside from those few comments on the hardware limitations, Su says the feedback he and his colleagues at the CTLO have received from professors and students who have been using SKIES has been overwhelmingly positive.

"CTLO is continually providing Caltech faculty and TAs with evidence about what helps students learn more effectively. Active and collaborative approaches tend to work well," he says. "This app is just one way to foster more active and collaborative learning, but I think we can already see that it's providing new ways for professors to make classes even more lively and engaging for students at Caltech." 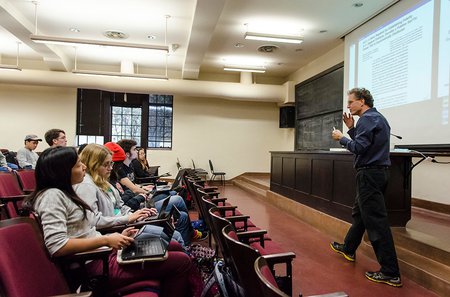 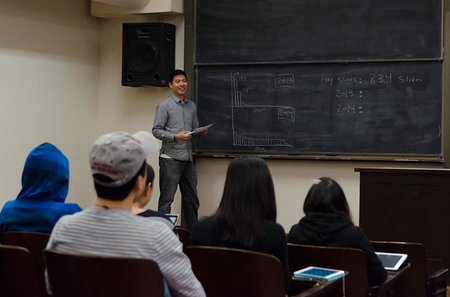 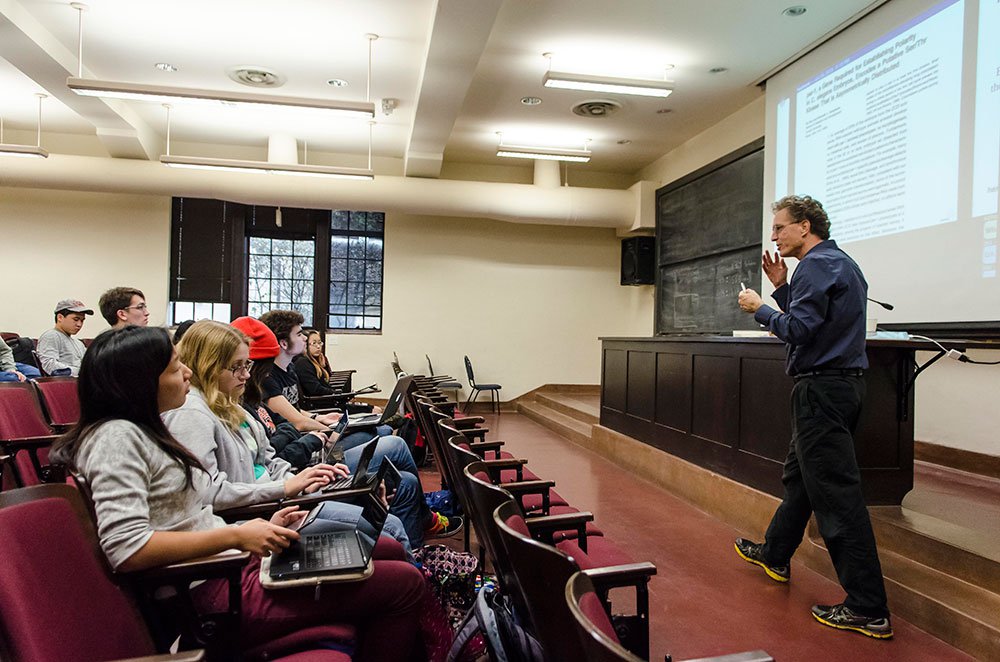 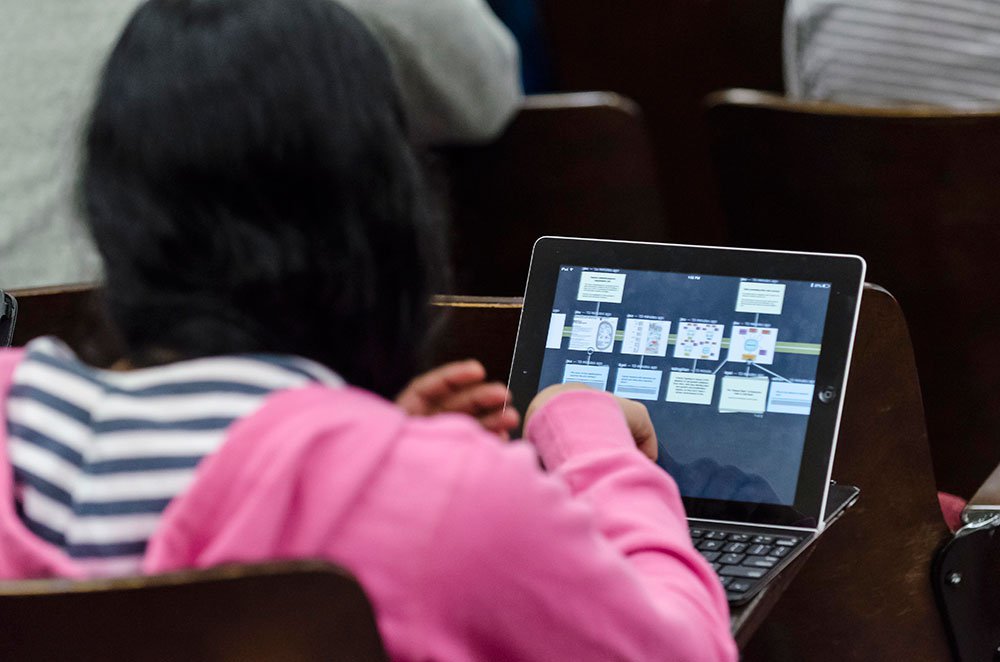 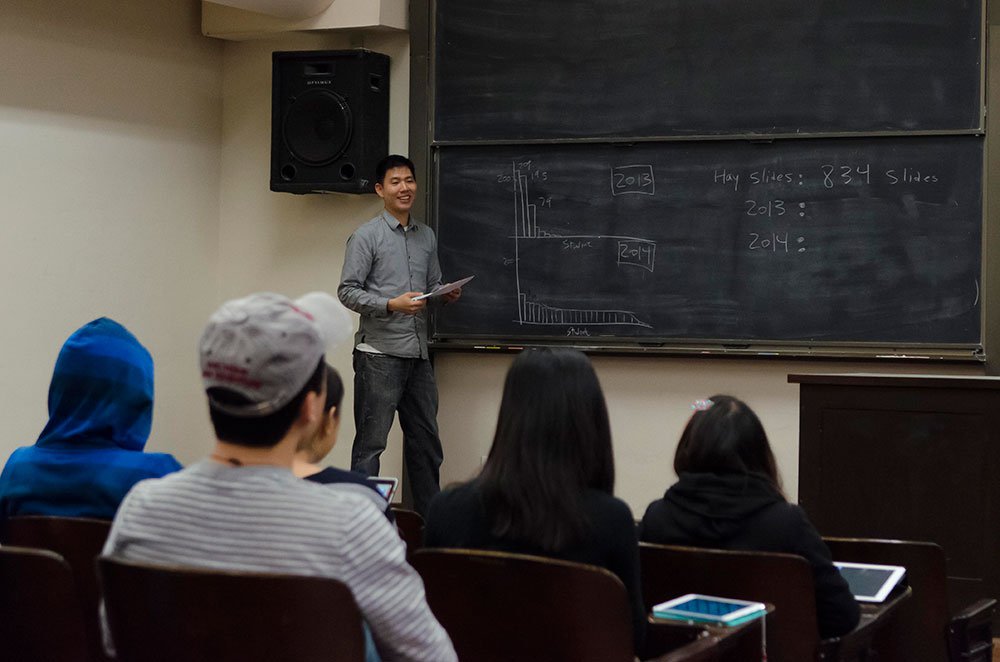