Six from Caltech Elected to National Academy of Engineering

Harry Atwater, the Howard Hughes Professor of Applied Physics and Materials Science and director of the Resnick Sustainability Institute, was cited for his contributions to plasmonics—the study of plasmons, coordinated waves of electrons on the surfaces of metals. Atwater is developing plasmonic devices for controlling light on a nanometer scale. Such devices could be important for the eventual creation of quantum computers and more efficient photovoltaic cells in solar panels.

Mory Gharib is the vice provost for research and the Hans W. Liepmann Professor of Aeronautics and Bioinspired Engineering. His election citation notes his contributions to fluid flow visualization techniques and the engineering of bioinspired medical devices. Gharib's biomechanical studies are often coupled with medical engineering; for example, by studying the fluid dynamics of the human cardiovascular system, he and his group are better able to develop new types of prosthetic heart valves.

Robert Grubbs, the Victor and Elizabeth Atkins Professor of Chemistry and corecipient of the 2005 Nobel Prize in Chemistry, was elected for the development of catalysts that have enabled commercial products. For example, Grubbs and his team developed a new method for synthesizing organosilanes—basic chemical building blocks. Normally these molecules are made with expensive and rare precious metals, but Grubbs's group has found a way to catalyze the reaction using a cheap and abundant potassium compound.

Guruswami (Ravi) Ravichandran is the John E. Goode, Jr., Professor of Aerospace, professor of mechanical engineering, and director of the Graduate Aerospace Laboratories (GALCIT). He is cited by the NAE for his contributions to the mechanics of dynamic deformation, damage, and failure of engineering materials. Ravichandran has studied the behavior of polymers under high pressures and strains, and how the peeling of an adhesive material—like Scotch Tape—may be modeled as a crack propagating in a medium.

Graeme L. Stephens, the director of JPL's Center for Climate Sciences, was elected by the Academy for the elucidation of Earth's cloud system and radiation balance. 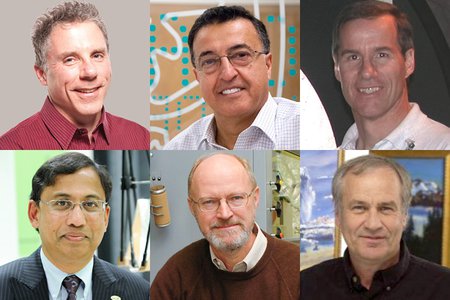 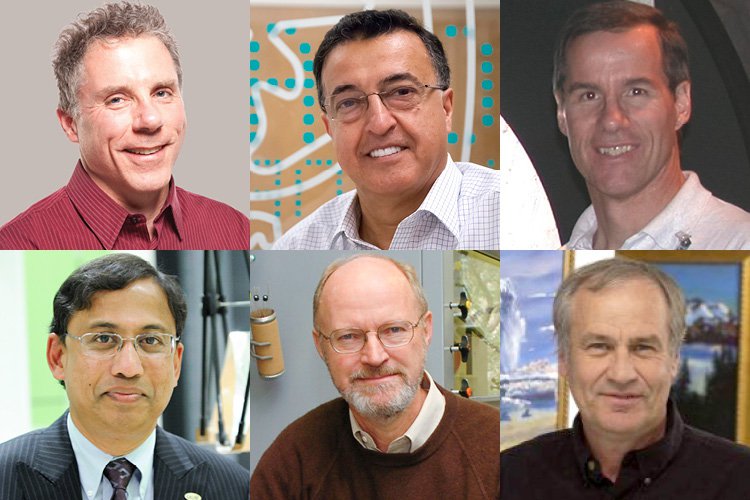