ShakeAlert No Longer Just a Prototype

Government officials and Caltech scientists gathered at the Caltech Seismological Laboratory on October 17 to declare ShakeAlert—an earthquake early warning system for the three states along the West Coast—"open for business."

"Caltech has worked for nearly 100 years with colleagues in government and other academic institutions to leverage the insights and tools of seismology against the risks of earthquakes," Rosenbaum said, announcing a new stage in the development of an earthquake early warning system for the West Coast. "Partner institutions can now use ShakeAlert to automatically slow trains; warn industrial sites to shut off gas lines; and warn personnel to drop, cover, and hold on."

Given added: "Today is important because we're making a large change from a production prototype in pilot mode to an open-for-business operational mode. Now, the system is not yet finished, it's not yet complete; there is a lot of work to be done. However, there is a lot of capability in the system as it exists today to the point that it can definitely be used."

Earthquake early warning systems like ShakeAlert consist of a network of sensors near faults that transmit signals to data-processing centers when shaking occurs. These data-processing centers use algorithms to rapidly determine the earthquake's location, magnitude, and the fault rupture length—determining the intensity of an earthquake and sending out an alert that can provide seconds or even minutes of warning. Paired with automated responses that will shut off gas before shaking starts, ShakeAlert could be instrumental in preventing the fires that typically damage cities after a major earthquake, Jones said.

Earthquake early warning systems do not predict earthquakes before they happen. Rather, they transmit a heads-up that an earthquake is happening; a heads-up that can arrive ahead of the seismic waves generated in the quake, potentially providing crucial time to allow individuals to take cover and for infrastructure to prepare for the quake (for example, for trains to halt operation). These warnings operate on the principle that seismic waves travel at just a few miles per second, but messages can be transmitted almost instantly. During an earthquake, several types of seismic waves radiate out from the quake's epicenter, including compressional waves (or P-waves), transverse waves (or S-waves), and surface waves. The weak P-waves move faster than the damaging S-waves and surface waves. With an earthquake early warning system in place, those P-waves will trigger sensors that can send out a warning ahead of the arrival of the S-waves and surface waves.

Though only half of the sensor network that ShakeAlert will need has been built out so far—primarily around major metropolitan areas—the state of California and the federal government have allocated funding that should allow the rest of California's portion of the network to be constructed over the next two years, Given said. In addition, an upgrade to the software that processes data from the sensor networks was deployed on September 28. This new software should reduce the number of mistakes and missed alerts, making ShakeAlert more reliable, Given said.

A key step now is for companies and institutions to help find ways to take advantage of these alerts to save lives, he said.

"This is a wonderful milestone," Schiff said. "We can now see the end, I hope, in two or three years where the system is fully built out and funded and in operation. And once people come to see the benefit, then the future of the system will be even brighter. Getting that kind of advance notice is going to be so meaningful in terms of making sure people get to a safe place."

Future iterations of the system will be able to send warnings to cell phones as well, Schiff said. Such alerts will need to be rolled out with public education to explain to individuals what to do when they receive such alerts—not to panic—and know that there could be false alarms.

Chu, whose district includes Caltech, said, "One of the reasons that I am so proud to be a representative from this area is our science. In our district, amazing advances are happening every day that will take us to Mars or bring us a better understanding of our environment. And the ShakeAlert that we are announcing today belongs in that pantheon of history-making innovations to come out of Caltech."

For Heaton, one of the fathers of ShakeAlert and a scientist who has been interested in earthquake early warning since 1979, this is a day that was a long time in coming.

"In those days, I could see that we could technically do it. But what I didn't really understand was what was involved to get 40 million people on the West Coast to get together to try and make this system a reality. What it really takes is leadership to do that," Heaton said.

Earthquake early warning systems already exist in Mexico and Japan, which have experienced recent and devastating earthquakes. But it has been difficult to find the political will to spend millions of dollars developing a system for the U.S. West Coast, which is long overdue for a serious earthquake.

Over the past few years, ShakeAlert has detected thousands of earthquakes, including two that caused damage. It began sending alerts within four seconds of the beginning of the magnitude 5.1 La Habra earthquake in 2014, and gave users in Berkeley five seconds of warning before seismological waves arrived during the magnitude 6.0 South Napa earthquake, also in 2014. Beta-test users received these alerts as a pop-up on their computers; the pop-up displayed a map of the affected region as well as the amount of time until shaking would begin, the estimated magnitude of the quake, and other data. 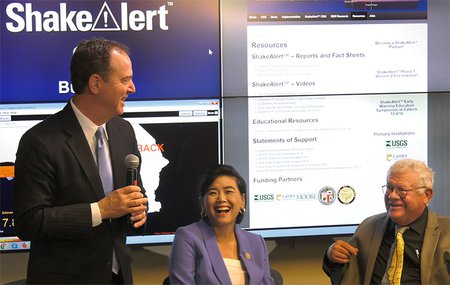 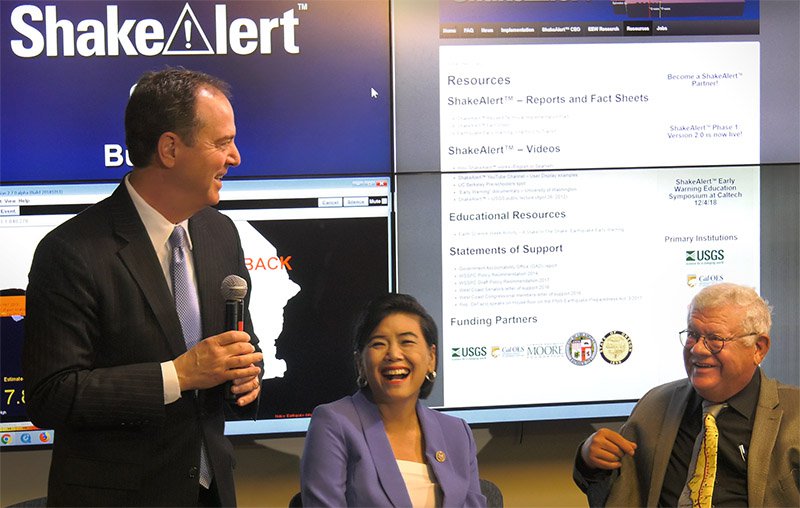