Caltech senior Adam Jermyn has been chosen as a recipient of the 2015 Marshall Scholarship to pursue graduate studies in Great Britain.

Funded by the British government, the Marshall Scholarship provides support for two years of post-bachelor's degree study—covering a student's tuition, books, living expenses, and transportation costs—at any university in the United Kingdom. Each year more than 900 students from across the nation compete for this prestigious scholarship. A maximum of 40 scholarships are awarded.

A physics major from Longmeadow, Massachusetts, Jermyn will use the award toward his pursuit of a PhD in astronomy at the University of Cambridge. "I got the call from the British Consulate, and when they told me, I couldn't believe it," Jermyn says. "After the call, I got an email from my parents about it, and it turns out that on my application I swapped my home and cell phone numbers, so they called my parents before calling me."

"My plan at Cambridge is to study how planets form around binary star systems," says Jermyn. "This will involve a collaboration I proposed between the fluid mechanics group in the Department of Applied Mathematics and Theoretical Physics and the faculty researching astrophysical heat transport in the Institute of Astronomy. I'm extremely excited about the project and the scholarship as it will give me a chance to really focus on research in a field that I'm somewhat new to."

After the completion of the fellowship he hopes to pursue a career in academia and eventually obtain a faculty position in which he can both teach and do research.

Jermyn is currently completing his senior thesis—a study of how pulsars alter the atmospheres of tidally locked companion stars. More generally, his research interests fall under the field of emergent phenomena, "a broad term referring to situations where we know all of the laws on a fundamental level but where there are so many pieces working together that the consequences aren't known," he explains. Examples include protein aggregation, quantum information, and fluid mechanics.

At Caltech, Jermyn works in the lab of Harry Atwater, the Howard Hughes Professor of Applied Physics and Materials Science, on research that could be applied to solar cells. He also collaborates on quantum information with Associate Professor of Theoretical Physics Jason Alicea in Caltech's Institute for Quantum Information and Matter, and with former Marshall Scholar and Professor of Theoretical Astrophysics Sterl Phinney (BS '80) on the impact of external deep heating on stellar atmospheres.

Although he is still finishing up his undergraduate degree, Jermyn has already had two papers accepted for journal publication, on his solar energy and quantum information research projects. He is also the principal investigator on a computing grant from the Department of Energy (DOE) for exploring symmetric protein folding. Last spring, he was recognized at the national level for his research accomplishments with a Goldwater Scholarship.

In addition to his research, Jermyn's activities on campus include involvement on the Council for Undergraduate Education, the Curriculum Committee, and the Faculty Board's Honor Code Committee. He also served as a teaching assistant for several physics classes, including first-year physics course Phys 11.

"Adam has been an outstanding source of encouragement and advice for many Caltech students, particularly through Physics 11, where he is currently a teaching assistant. He has helped to keep the course going after the passing of Professor Tombrello," says David Stevenson, Marvin L. Goldberger Professor of Planetary Science.

Lauren Stolper, director of Fellowships Advising and Study Abroad, acts as Caltech's official Marshall Scholarship advisor. Stolper says, "It was a pleasure to get to know Adam well during the application and endorsement process. Adam has the kind of penetrating intellect that is a hallmark of Marshall Scholars. He is interested in the world around him and is willing to jump in to have an impact on things he cares about."

The Marshall Scholarship is named after George Marshall, chief of staff of the Army in World War II who was the creator of the Marshall Plan (also known as the European Recovery Program), which helped Europe rebuild after the war. Marshall later served as secretary of state and was a Nobel Peace Prize winner. The fellowship was established by the British government in 1953 to recognize the vital role the Marshall Plan played in Britain's post-WWII recovery. 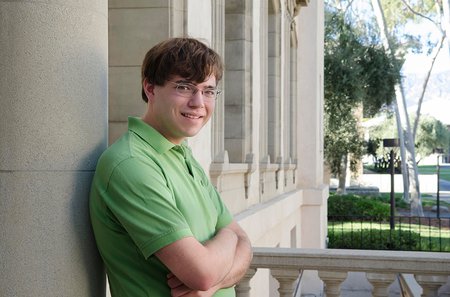 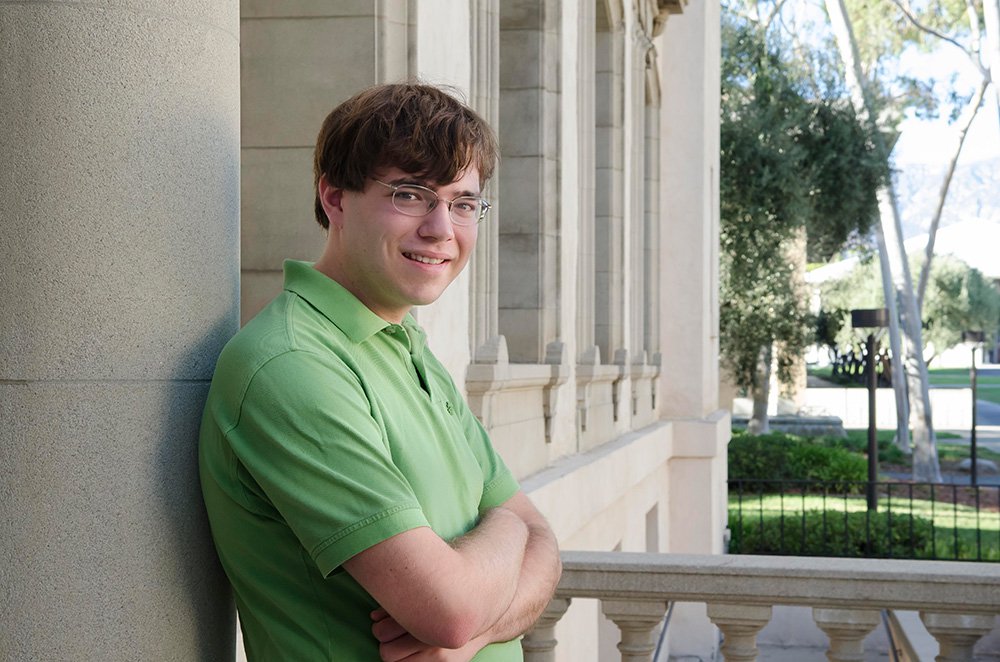