Using a combination of light and sound, Lihong Wang is noninvasively peering deeper inside biological tissues than previously possible. Three-dimensional photoacoustic microscopy and functional photoacoustic computed tomography, the technologies first reported by Wang—Caltech's Bren Professor of Medical Engineering and Electrical Engineering—generate detailed color images of tumors and other structures inside the body. His novel imaging techniques have applications for medical screening, diagnosis, disease monitoring, surgical guidance, and more. Born in China, Wang earned his PhD at Rice University in Houston and until recently held the Gene K. Beare Distinguished Professorship of Biomedical Engineering at Washington University in St. Louis. He and his lab of 30 members moved to Caltech in January. Recently, Wang, Caltech's first full-time medical engineering faculty member, gave a tour of his newly renovated, 8,000-square-foot lab and answered a few questions about his research and his transition to Caltech.

Caltech has an amazing engineering school in a top-notch institution. We were attracted by the first-rate faculty, postdocs, and students. We also have high-caliber facilities. Look at this lab! Some of our prospective students were so floored that they commented that they had seen nothing like this. The lab can be reconfigured by opening the movable walls inside so adjacent optical tables can share laser beams easily. The entire lab can share laser beams across both floors as well through an overhead laser conduit. This setting will make our lab's research more efficient. I'm grateful that Caltech has built a dream lab for me.

We work on biomedical imaging. We can image deeper than any conventional high-resolution optical technique. Optical imaging dates back to 350 years ago, when the first optical microscopy was invented. But that only allows us to image about 100 microns deep, which is why we cut tissue into thin slices for medical histology. Modern microscopy allows us to image up to one millimeter deep [10 times as deep], which has been a long-standing barrier called the optical diffusion limit. 3D photoacoustic microscopy, first demonstrated by our lab, breaks through that barrier. We could initially image multiple millimeters deep and subsequently scaled it up to multiple centimeters for macroscopic imaging. We were also the first to demonstrate functional or in vivo photoacoustic computed tomography, which is now used for imaging of structures as large as the human breast.

How does 3D photoacoustic microscopy work?

We combine optical contrast with acoustic resolution for deep penetration. The original optical microscopy couldn't tolerate any disruption of the light. The technique we developed tolerates scattering of photons. Photons at the right wavelength can go very deep in biological tissue, but not in a straight fashion because they are scattered by the tissue. But if you have a strong optical absorber at a given depth, such as a blood vessel or a tumor, it's going to respond to light excitation with a stronger acoustic signal. So we convert light into sound via the photoacoustic effect, where light absorption generates a small but rapid temperature rise, leading to acoustic emission. Acoustic scattering in biological tissue is about a thousand times weaker than optical scattering. Tissue to sound is like clear water to light. Consequently, sound can allow us to image structures clearly in tissue, but with optical contrast.

After I received my PhD from the Rice University lab that discovered the buckyball (C60), I wanted to switch to something that has more immediate applications. I stumbled on lasers in medicine. My very first project was simulating photon transport in biological tissues. It showed me the difficulty in optical imaging because the scattering was so strong, but also pointed me to some ideas about how to generate sharp images. If you use light only, you face this tremendous challenge to overcome the photon-scattering problem. So, I wanted to focus on something that combines light and sound because both forms of energy have their advantages and they can be coupled through tissue. While light provides molecular information, sound gives you spatial information at depths. But either alone will not do the job right.

Will you be collaborating with other researchers at Caltech?

There are already collaborations going on. Even before I arrived here, we were awarded a grant with Michael Roukes [Robert M. Abbey Professor of Physics, Applied Physics, and Bioengineering]. And we have grant applications with other faculty members pending. As photoacoustic tomography is the only technology that allows us to image in vivo from organelles through cells and tissues to small-animal organisms (or human organs), I can see future collaborations with many faculty members.

How have you been enjoying Southern California so far?

Hiking here is great. In fact, my lab already had its first hike, to Echo Mountain. We went to the top of the mountain and shouted COIL, our lab's acronym [for Caltech Optical Imaging Laboratory], in unison, which verified why it's called Echo Mountain. 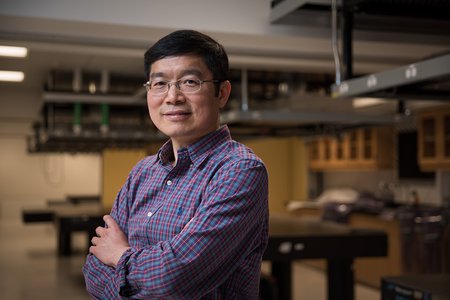 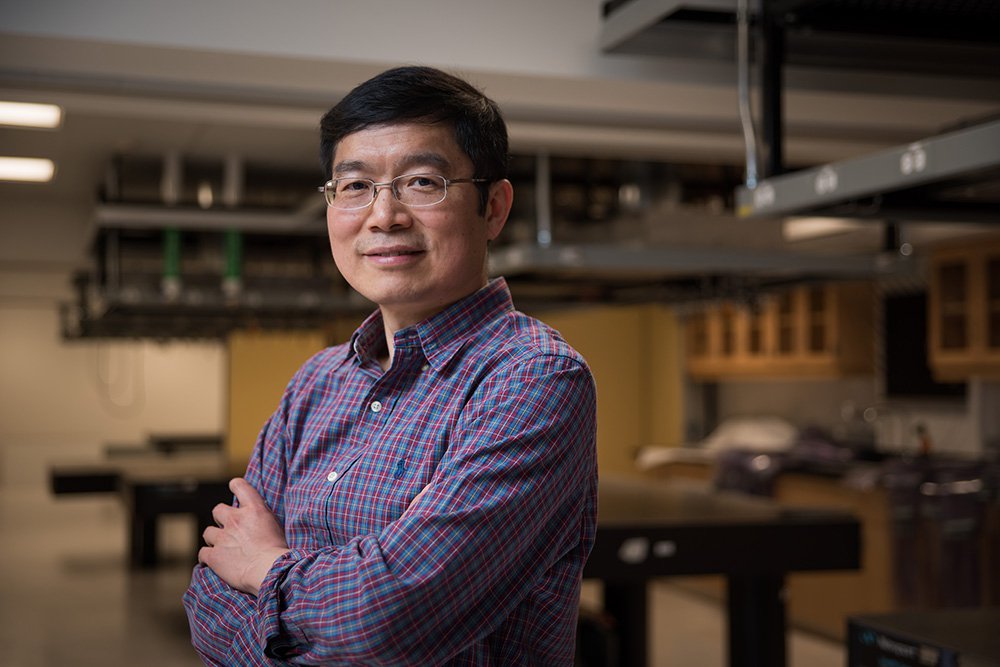