Hirosi Ooguri, the Fred Kavli Professor of Theoretical Physics and Mathematics and the director of the Walter Burke Institute for Theoretical Physics at Caltech, recently served as a science advisor for The Man from 9 Dimensions, a 3-dimensional dome movie, produced by Japan's National Museum of Emerging Science and Innovation (also known as Miraikan). The movie follows scientists on a search for a "theory of everything" that would unify all the forces in nature, from microscopic to macroscopic scales.

Ooguri's research focuses on superstring theory, considered the leading candidate for such an ultimate unified theory. Superstring theory (in some formulations) has nine dimensions of space—hence the movie's title.

The Man from 9 Dimensions—which recently earned the 2016 Best Educational Production Award from the International Planetary Society—premiered this spring in Japan. It is currently not playing in the U.S., but Ooguri hopes it will be soon. We spoke with him about his role in the production of the film and about the challenges and rewards of science communication.

How did you get involved with the movie?

Three years ago, Dimitris Kontopoulos, a science communicator, and his colleagues at Miraikan, one of the three national science museums in Tokyo, invited me to serve as a scientific supervisor for their project. Dimitris had read my popular Japanese-language science book, What is Gravity?, and was inspired to make a movie on superstring theory, which is a most promising hypothesis to unify all the forces and matter in nature including gravity. Though it seemed a tall order to explain the theory in a 30-minute film, I accepted their invitation. I wanted to make sure that whatever they were going to produce would be educationally meaningful and scientifically accurate.

What are you hoping people will learn from the film?

It is my hope that the film will inspire school children to learn more about science and will convey the excitement of scientific discoveries to the general public.

When I visited the museum, I saw a diverse group of visitors ranging from elementary school children and dating couples to tourists and retirees. I am told that about a third of visitors are from abroad. I wanted the film to be something everyone can enjoy and learn from. Thus, we introduced multiple-layered structure in the film.

Can you tell us more about the content of the film?

At a superficial level, it is an adventure story of a group of scientists chasing after "the man from the 9 dimensions," who takes us to the microscopic world of elementary particles to the macroscopic world of the universe, and to its beginning—the Big Bang. Each scene is visually compelling as we were able to hire one of the most talented horror movie directors in Japan, Takashi Shimizu, and one of the best computer graphics companies, Omnibus Japan, to implement the director's vision. It is a beautiful film to look at.

At the same time, the scientific contents are very rich. The film describes the standard model of particle physics [which unifies into a single theory the smallest building blocks of matter and three of nature's four forces] and graphically shows the properties of neutrinos and the Higgs boson—without using any words. In the scene where we go back to the history of the universe, we use the latest computer simulation data on galaxy formation, and the "universal clock" of the scene accurately shows the time after the Big Bang. Visitors with some physics background will find a scientific message in each scene.

Why did you decide to have a character—"the man from 9 dimensions"—represent laws of nature?

We started with the ambitious plan to describe, in 30 minutes, quantum mechanics of the microscopic world; the standard model; the entire history of the universe, including galaxy formation, the first stars, the dark ages, the Big Bang, and the more hypothetical inflation period before the Big Bang; and superstring theory, for the ultimate unification. We needed some organizational principle to present all these materials in a coherent way.

After a few brainstorming sessions, we came up with the idea of a mysterious man and a "catch-me-if-you-can" game between him and a group of scientists, as metaphors of the theory of everything and scientists' quest to discover it.

What was your favorite part about working on this movie?

Hearing about the reactions of young children. Staff members of the museum tell me that they see elementary school kids coming out from the theater talking to their parents and to each other enthusiastically, saying "It was so much fun," and "I want to be a scientist when I grow up," et cetera. When I hear that, I feel that the project was worthwhile.

What was most challenging?

Since there are so many concepts and facts that we want to describe, there is a temptation to try to cram in as much as possible. My advice was to stick to the main theme of the film, showing the quest of scientists for the fundamental laws of nature.

Another point I insisted on, from the beginning and on many occasions during the production, was to present superstring theory as a work-in-progress, i.e., a hypothesis that is not yet verified experimentally. I thought this would be an excellent opportunity to show the scientific process of coming up with a hypothesis and testing it with experiments and observations.

What do you enjoy the most about science education and communication?

My primary occupation is in research and in education of college and graduate students. However, I feel I can also contribute by improving public understanding of science. I have published four popular science books in Japan, and they have been translated into Chinese and Korean. One of them, Introduction to Superstring Theory, received the Science Book Award in Japan in 2014. I have a monthly science column in a business magazine with one of the highest circulations in Japan. I write columns, essays, and book reviews for leading newspapers and magazines.

I also enjoy science education and communication as an intellectual challenge to explain concepts in theoretical physics without using equations and other higher mathematics. It is like an obstacle course in athletics. You intentionally handicap yourself and see how far you can go.

These science outreach activities do not directly benefit my own research, but help me to put my research in a broad context—and reminds me why I am doing this at all. 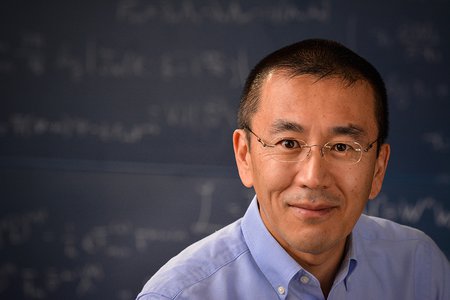 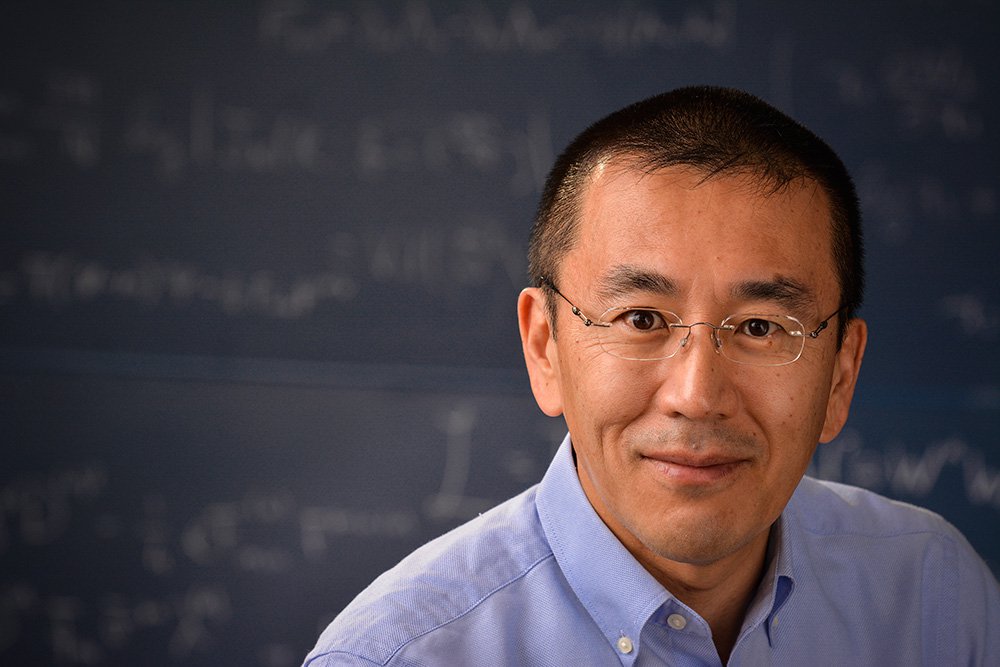