The quest to derive energy from wind may soon be getting some help from California Institute of Technology (Caltech) fluid-dynamics expert John Dabiri-and a school of fish.

As head of Caltech's Biological Propulsion Laboratory, Dabiri studies water- and wind-energy concepts that share the theme of bioinspiration: that is, identifying energy-related processes in biological systems that may provide insight into new approaches to-in this case-wind energy.

"I became inspired by observations of schooling fish, and the suggestion that there is constructive hydrodynamic interference between the wakes of neighboring fish," says Dabiri, associate professor of aeronautics and bioengineering at Caltech. "It turns out that many of the same physical principles can be applied to the interaction of vertical-axis wind turbines."

The biggest challenge with current wind farms is lack of space. The horizontal-axis wind turbines most commonly seen-those with large propellers-require a substantial amount of land to perform properly. "Propeller-style wind turbines suffer in performance as they come in proximity to one another," says Dabiri.

In the Los Angeles basin, the challenge of finding suitable space for such large wind farms has prevented further progress in the use of wind energy. But with help from the principles supplied by schooling fish, and the use of vertical-axis turbines, that may change.

Vertical turbines-which are relatively new additions to the wind-energy landscape-have no propellers; instead, they use a vertical rotor. Because of this, the devices can be placed on smaller plots of land in a denser pattern. Caltech graduate students Robert Whittlesey and Sebastian Liska researched the use of vertical-axis turbines on small plots during a class research project supervised by Dabiri. Their results suggest that there may be substantial benefits to placing vertical-axis turbines in a strategic array, and that some configurations may allow the turbines to work more efficiently as a result of their relationship to others around them-a concept first triggered by examining schools of fish.

In current wind farms, all of the turbines rotate in the same direction. But while studying the vortices left behind by fish swimming in a school, Dabiri noticed that some vortices rotated clockwise, while others rotated counter-clockwise. Dabiri therefore wants to examine whether alternating the rotation of vertical-axis turbines in close proximity will help improve efficiency. The second observation he made studying fish-and seen in Whittlesey and Liska's simulation-was that the vortices formed a "staircase" pattern, which contrasts with current wind farms that place turbines neatly in rows.

Whittlesey and Liska's computer models predicted that the wind energy extracted from a parcel of land using this staggered placement approach would be several times that of conventional wind farms using horizontal-axis turbines. Once they've identified the optimal placement, Dabiri believes it may be possible to produce more than 10 times the amount of energy currently provided by a farm of horizontal turbines. The results are sufficiently compelling that the Caltech group is pursuing a field demonstration of the idea.

Dabiri has purchased two acres of land north of Los Angeles, where he is establishing the Caltech Field Laboratory for Optimized Wind Energy (FLOWE). The pilot program at the site will feature six vertical turbines on mobile platforms.

Dabiri and his team will systematically move the turbines around, testing various configurations to find the most efficient patterns.

"Our goal is to demonstrate a new technology that enables us to extract significantly more wind energy from a given parcel of land than is currently possible using existing methods," says Dabiri. "We want to take advantage of constructive aerodynamic interference between closely spaced vertical-axis wind turbines. Our results can potentially make better use of existing wind farms, allow for wind farms to be located closer to urban centers-reducing power transmission costs-and reduce the size of offshore installations."

Three of Dabiri's turbines are being provided in partnership with Windspire Energy. In exchange for the use of the turbines, Dabiri will share his research results with the company. Each Windspire turbine stands approximately 30 feet tall and 4 feet wide, and can generate up to 1.2 kW of power.

"This leading-edge project is a great example of how thinking differently can drive meaningful innovation," says Windspire Energy President and CEO Walt Borland. "We are very excited to be able to work with Dr. Dabiri and Caltech to better leverage the unique attributes of vertical-axis technology in harvesting wind energy."

Three turbines from another manufacturer have been purchased; the six turbines give the pilot facility a total power capacity of 15 kW, enough to power several homes.

"This project is unique in that we are conducting these experiments in real-world conditions, as opposed to on the computer or in a laboratory wind tunnel," says Dabiri. "We have intentionally focused on a field demonstration because this can more easily facilitate a future expansion of the project from basic science research into a power-generating facility. Our ability to make that transition will depend on the results of the pilot program."

The initial phase of the study will attempt to demonstrate which configuration of units will improve power output and performance relative to a horizontal-axis wind turbine farm with a similar sized plot of land.

"In the future, we hope to transition to power-generation experiments in which the generated power can be put to use either locally or via a grid connection," Dabiri says.

The American Recovery and Reinvestment Act provided partial funding for this project. 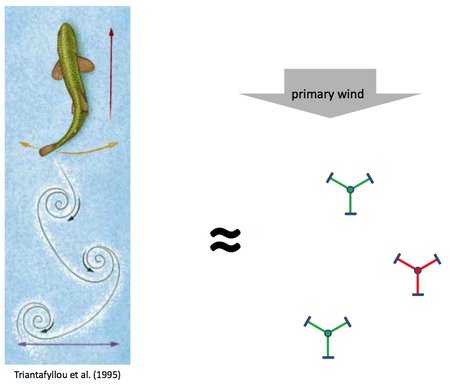 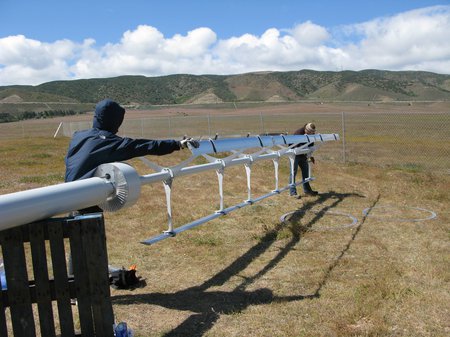 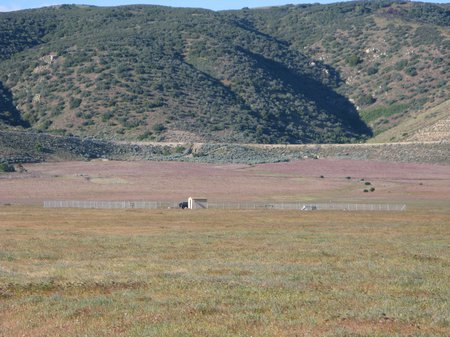 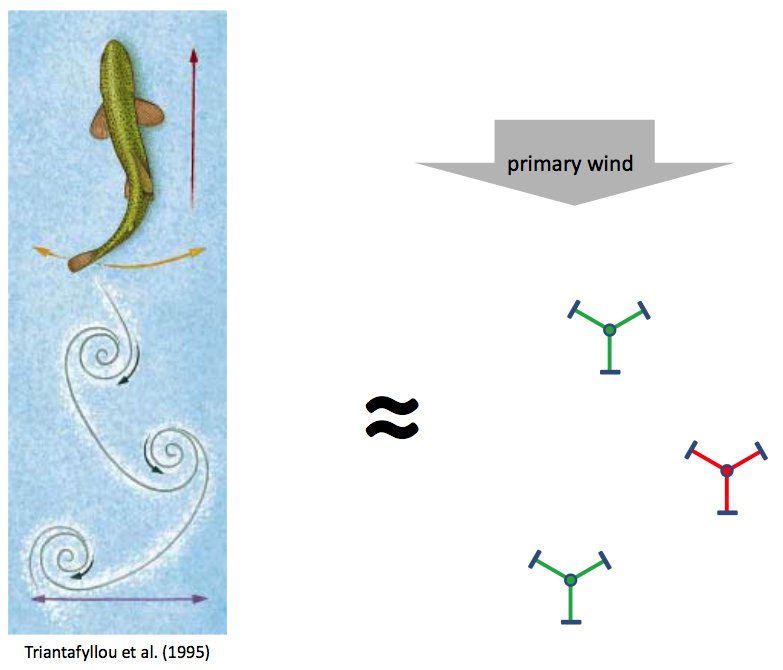 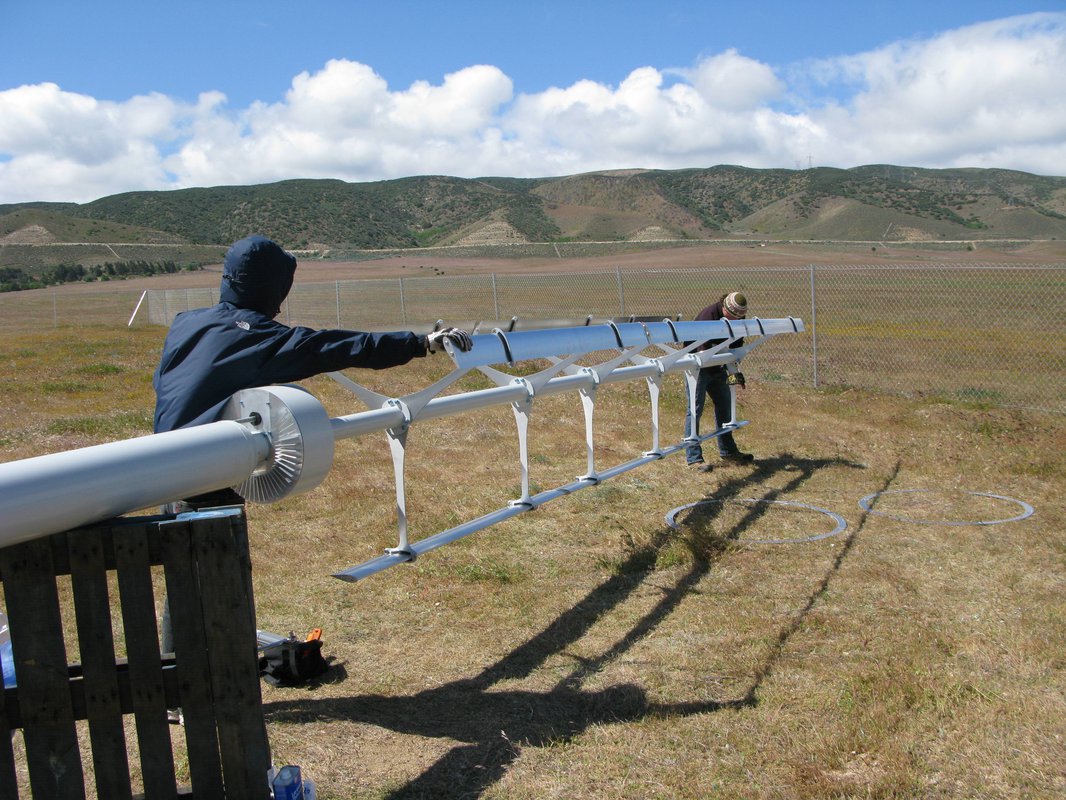 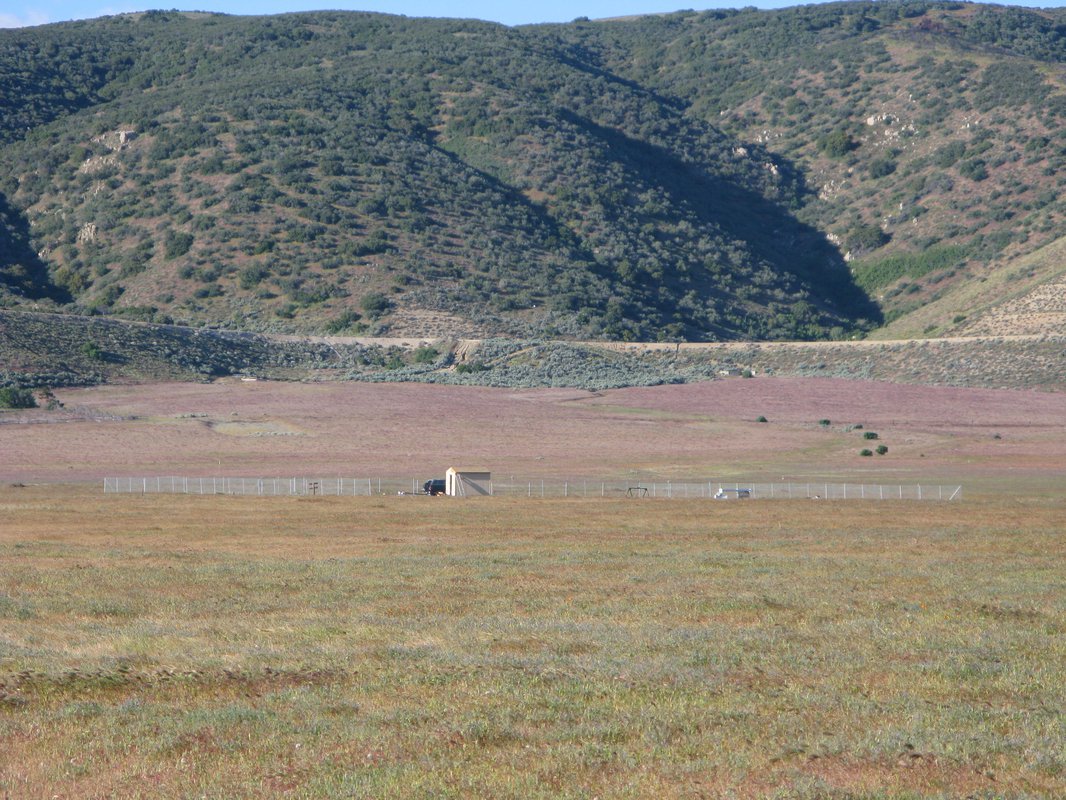