Saul Teukolsky (PhD '73), the Robinson Professor of Theoretical Astrophysics at Caltech, has received the American Physical Society's (APS's) 2021 Einstein Prize, a biennial award for accomplishments in the field of gravitational physics, first granted in 2003. He will share the prize with Clifford Will (PhD '71) of the University of Florida. The award comes with $10,000, and Teukolsky will deliver a prize lecture at the next APS meeting in the spring of 2021.

Teukolsky, who is also the Hans A. Bethe Professor of Physics and Astrophysics at Cornell University, is being given the award for his "outstanding contributions to observational tests of general relativity with theories of gravitational waves, astrophysical black holes and neutron stars," according to the award citation. An expert in general relativity, relativistic astrophysics, and computational astrophysics, Teukolsky developed an important equation to describe black holes during his graduate work at Caltech, under his adviser Kip Thorne (BS '62), Richard P. Feynman Professor of Theoretical Physics, Emeritus (incidentally, co-winner Clifford Will was also a student of Thorne's at the same time).

Teukolsky's equation has been used in many applications, from the development of waveform models for gravitational-wave detectors to the study of gravity in higher dimensions. He has also studied timing models for binary pulsars, the properties of rapidly rotating neutron stars, the possibility of naked singularities, and relativistic star clusters.

His major current interest is numerical relativity, and, in particular, solving Einstein's relativity equations on large computers. One goal of this work is to improve the accuracy of predictions for gravitational-wave detectors like the Laser Interferometer Gravitational-wave Observatory (LIGO). In fact, research from Teukolsky's group into gravitational waveforms was used in 2015 to compare theory to experiment in the first direct detection of gravitational waves by LIGO. Three key LIGO members, including Thorne, won the 2017 Nobel Prize in Physics for their contributions to the experiment.

Teukolsky says he became fascinated by Einstein and his general theory of relativity while growing up in South Africa, but it was not until he studied with Thorne that he "finally understood what relativity was about."

He is a co-author of the widely used textbooks Numerical Recipes: The Art of Scientific Computing andBlack Holes, White Dwarfs and Neutron Stars: The Physics of Compact Objects. His honors include membership in the American Academy of Arts and Sciences and the National Academy of Sciences. 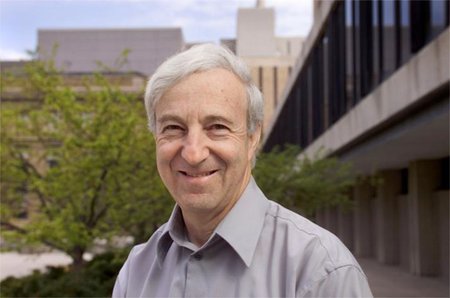