When the COVID-19 pandemic lockdowns brought an abrupt halt to their research this spring, robotics engineers at Caltech and the University of Michigan took tools that were originally created to help robots to walk and autonomous cars to drive safely and applied them to the development of an epidemiological methodology that accounts for human interventions (like mask mandates and stay-at-home orders).

"I was sitting at home in March, like most of the rest of the country, watching this happen around me and wondering how I could help," says Aaron Ames, Bren Professor of Mechanical and Civil Engineering and Control and Dynamical Systems, who runs Caltech's Advanced Mobility (AMBER) Lab.

Digging into the epidemiological models that were being used to model the progression of pandemics, Ames realized that they typically view the progression of infection as something whose dynamics progress autonomously (without the ability to modify their evolution), as opposed to a system whose behavior can be influenced by human actions. Yet human actions—things like physical distancing, shutting down indoor dining, and mandating one-way traffic in buildings—can and do shape the progression of COVID-19.

Ames joined efforts with his colleague Gábor Orosz, associate professor in mechanical engineering at the University of Michigan; postdoctoral researcher Tamás Molnár (then at Michigan and now at Caltech); and Caltech graduate student Andrew Singletary (MS '19). Together, they constructed a new methodology that treats the epidemiological models as control systems, in which various human interventions are included as "inputs" into the system.

Control systems generalize what should happen in a dynamic system by allowing the behavior of that system to change based on inputs. Those inputs, based on observations, drive corresponding actions. For example, an autonomous vehicle might spot an obstacle in the road ahead and then alter its course or brake to a halt. In a similar way, the epidemiological "control system" models developed by the Caltech/University of Michigan team observe human interventions for COVID-19 mitigation, and utilize these observations to predict how they will impact the spread of the disease, as quantified by future numbers of infected, hospitalized, and deceased persons.

"This is a paradigm shift compared to traditional epidemiological models," Orosz says. "By utilizing the U.S. COVID-19 data from March through May and assuming that states would reopen too quickly, which they did, we were able to predict the infection wave during the summer to high accuracy."

The ability to predict the evolution of the current pandemic based upon observed human interventions, or the lack thereof, enables an important result: the ability to suggest future interventions so as to set limits for the number of infections, hospitalizations, and deaths. That is, corrective measures that ensure safety can be suggested through the framework originally invented for robots and autonomous vehicles (where safety is a top priority). Just as corrective action can be taken so that the car avoids hitting an obstacle, corrective action could theoretically be taken in the COVID-19 pandemic to limit the outbreak—provided people adhere to the safety protocols being prescribed.

In the interest of getting their findings out to the public health agencies that could incorporate them into their models, the team posted their work on the website medRxiv.org, a preprint server for health sciences. The study was later published by the journal IEEE Access on October 8.

The team hopes that this effort provides a first step to connecting roboticists and control theorists with epidemiologists in the fight against COVID-19. "This is the greatest health challenge to face our society in a generation at least. We all need to pitch in and help in any way we can," Ames says.

Their paper is titled "Safety-Critical Control of Active Interventions for COVID-19 Mitigation." This work was supported by the National Science Foundation. 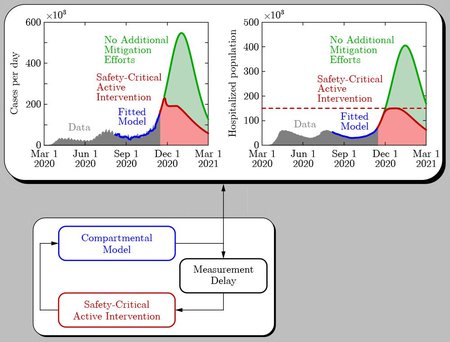 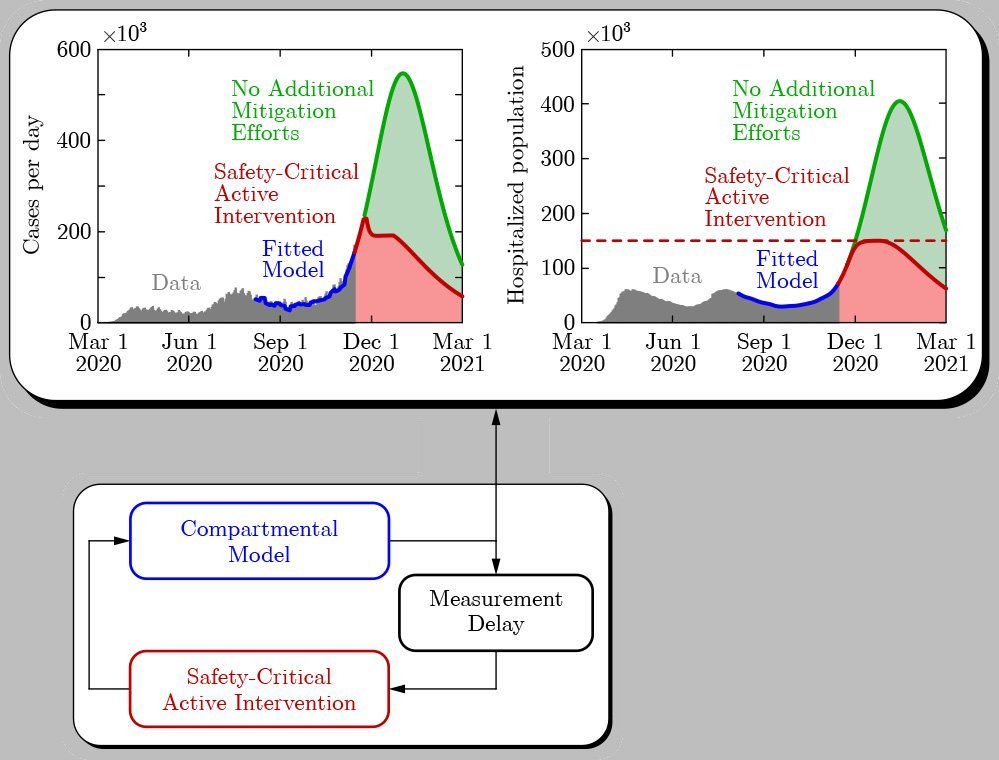