This spring, Israeli programmer, poet, and new media artist Eran Hadas will be teaching at Caltech as a visiting lecturer through the Israel Institute. Hadas, who is based in Tel Aviv, combines poetry and computer science, creating software that writes poetry and text with input from the Internet. His Wikipedia entry describes him as "an Israeli poet, software developer, new media artist, and the author of seven books"—a set of titles he embraces.

"I always joke that I consider myself a poet, but in order to be taken seriously, other people should consider me as a software developer," Hadas laughs. "I once heard the saying, 'Poetry is the R&D department of humanity.' I wish to augment it to 'the R&D department of post-humanity,' but at the core of either is the decision to step out of our particular selves and raise questions about our being."

Hadas will be introducing his Caltech students to computational literature, covering the evolution of poetry and poets from the end of the Romantic era until 2045, when futurist Ray Kurzweil predicted the singularity—the point at which artificial intelligence and technology surpasses human capabilities. Hadas has no concerns about the students' receptiveness to this new field.

"Poetry means different things to different people," Hadas notes, "and I'm not going to impose my own views on the students but rather try to embrace their feelings and backgrounds, and bind them to a poetic path. Having said that, I find many similarities between poetry and coding. Poetry can be viewed as a series of rewritings that modify form but preserve content. This process bears resemblance to code refactoring, which is a process that coders often experience as an impulse, much like an urge a poet might have.

"Caltech is globally known for its spirit of academic excellence, as the home of many of the world's brightest researchers and students," he adds. "I think it will be the first time I am going to be out-geeked not by just one or two students but by the entire class."

Hillary Mushkin, research professor of art and design in mechanical and civil engineering, orchestrated Hadas's visit to Caltech. "This is the first class that's cross listed between computer science and humanities," she says, "and that's really exciting." Mushkin looks forward to the different perspective on computing that Hadas will bring to Caltech as well as the questions his class will raise about the purpose of computing and the relationship between computing and poetics.

For Hadas, the biggest draw is the Caltech community. "The most important thing in every experience is the people," he says. "I have met Hillary Mushkin, who introduced me online to other faculty and staff members, and I was deeply impressed. I have learned from every teaching activity in which I was involved and from every interaction with people, especially coming from different backgrounds. In the context of Caltech, it will be a challenge for me to identify the DNA of the Institute and adapt so I can keep some of it with me when my stay is over."

Hadas is equally excited by the opportunity to "have even the slightest effect on the way the students view their world," he says, "To look at data not only as raw data but also as information, always unnatural, always involving a certain level of bias. I would like my students to be committed not to the data but to the people who are affected by it. I want them to realize what power they have in their hands and what responsibilities come with it.

"I hope the students come up with new ideas. Many times in history, people approached things that were difficult to model formally and tried to go by reverse engineering. An airplane is actually an attempt to remodel a bird. It gives me the hope that reverse engineering poetry can come up with surprising results. It's going to be fun." 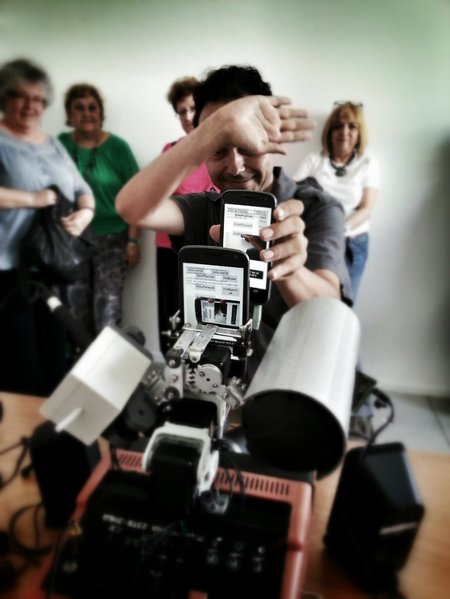 Israeli programmer, poet, and new media artist Eran Hadas, who will be teaching at Caltech as an artist-in-residence this spring. Credit: Eliran Knoller
Image Lightbox 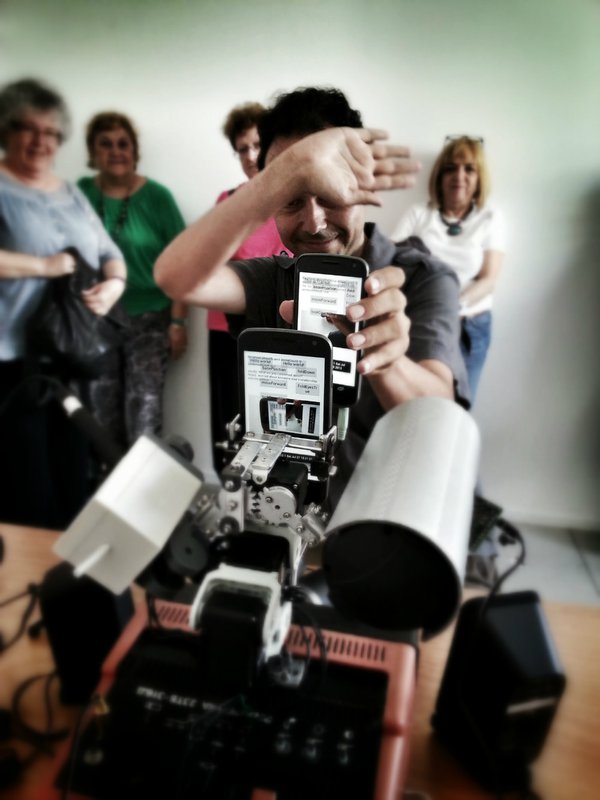 Israeli programmer, poet, and new media artist Eran Hadas, who will be teaching at Caltech as an artist-in-residence this spring.
Credit: Eliran Knoller
Download Full Image
Subscribe
The Caltech Weekly