Gerry Neugebauer, Caltech's Robert Andrews Millikan Professor of Physics, Emeritus, passed away on September 26, 2014, of complications from spinocerebellar ataxia, a neurodegenerative disease. He was 82.

Neugebauer was one of the founders of the field of infrared astronomy, the study of astronomical objects using the heat energy they emit.

"Gerry's foundational contributions to infrared astronomy laid the groundwork for the more than $10 billion in investments in this discipline that many countries have made in their infrared space projects, as well as substantial components of ground-based telescopes," says Tom Soifer (BS '68), professor of physics, Kent and Joyce Kresa Leadership Chair of the Division of Physics, Mathematics and Astronomy (PMA) at Caltech, and Neugebauer's protégé and longtime collaborator. "None of this would have happened without the excitement of the discoveries made by Gerry and his students and colleagues."

"During his career, Gerry had a profound impact on JPL and Caltech," says Charles Elachi (MS '69, PhD '71), JPL's director and a professor of electrical engineering and planetary science at Caltech. "He truly was the father of infrared space astronomy."

Neugebauer was born on September 3, 1932, in Göttingen, Germany, to Grete Bruck and Otto Neugebauer, a noted mathematical historian. The family soon relocated to Copenhagen and then to Providence, Rhode Island, in 1939, after Otto took a faculty position at Brown University. The younger Neugebauer earned an AB in physics from Cornell University in 1954 and his PhD in physics from Caltech in 1960, after which he served two years in the United States Army, stationed at JPL. There, he was assigned to work on the infrared instrument on the Mariner 2 space probe, which, upon its arrival at Venus in 1962, became the first successful NASA mission to another planet.

In 1962, Neugebauer returned to Caltech as an assistant professor of physics and began working with astrophysicist Bob Leighton on the world's first infrared sky survey, the Two-Micron Sky Survey (TMSS). The survey revealed an unexpectedly large number of relatively cool objects, including new stars still surrounded by their dusty pre-stellar shells and supergiant stars in the last stages of their evolution. "This work was a huge milestone in astronomy," Soifer says, "in that it demonstrated that the infrared portion of the electromagnetic spectrum held tremendous excitement and potential for discovery in astronomy."

Neugebauer later led the science team for the first orbiting infrared observatory, the Infrared Astronomical Satellite (IRAS), which conducted the first far-infrared sky survey and eventually detected more than half a million sources of infrared radiation, including numerous galaxies and the debris rings around stars that gave astronomers early hints of the existence of extrasolar planets. He and his colleagues obtained the first infrared view of the galactic center, and he was the codiscoverer, with astrophysicist Eric Becklin (PhD '68) of the Becklin-Neugebauer Object, a massive but compact and intensely bright newly forming star in the Orion Nebula, previously undetected at other wavelengths of light.

"Gerry had original, expansive ideas about how to illuminate the relatively unknown infrared universe," adds France Córdova (PhD '79), the director of the National Science Foundation. "He became one of the first to work with X-ray astronomers to identity mysterious astrophysical sources and encouraged students in both infrared and X-ray fields to work and learn together."

As the chair of the Division of Physics, Mathematics and Astronomy, a position he held from 1988 to 1993, Neugebauer played a key role in the design and construction of the W. M. Keck Observatory in Hawaii, and he participated in the first science run of the first instrument on the Keck 1 telescope, the Near Infrared Camera. From 1980 to 1994, he also served as the director of the Palomar Observatory and spearheaded significant upgrades to the observatory's telescopes.

In addition to his scientific and administrative achievements, Neugebauer was a dedicated educator and mentor. "Gerry was devoted to Caltech, and he was an outstanding teacher," Soifer says. "He participated as one of the junior faculty with the group surrounding Richard Feynman as Feynman did the lectures on physics that are the benchmark of learning physics for all practicing physicists."

"He had the marvelous capability to sense when you were in trouble on something, and promptly showed up to help," recalls Robbie Vogt, R. Stanton Avery Distinguished Service Professor and Professor of Physics, Emeritus, and a former Caltech provost and PMA division chair, who had an adjoining office with Neugebauer when both joined the Caltech faculty as young assistant professors, and who worked with him on the Feynman lectures.

"Whether he was at the telescope or in the instrument lab, he was hands-on and treated his students like peers," Córdova says. "He was an active listener with helpful advice about the range of a student's concerns. He was always himself and always looked happy, even when he definitely was not, because he loved what he was doing and cared about the people with whom he worked."

"He was a mentor and colleague with great integrity, who got the best out of all who worked with him," adds Becklin, professor of physics and astronomy, emeritus, at the University of California, Los Angeles.

"Gerry was the chair of PMA at Caltech during five years while I was president. The personal sensitivity that his students describe, he extended to all members of his division during his chairmanship," says Thomas E. Everhart, president emeritus and professor of electrical engineering and applied physics, emeritus. "He was an excellent representative in the Institute Academic Committee, explaining the science in his division to the other chairs, the provost, and me, and he was instrumental in establishing the leadership of the LIGO [Laser Interferometer Gravitational-wave Observatory] project on campus after the award from the National Science Foundation, as well as overseeing many other projects in PMA. He was not only a great scientist but also answered the call of his division to provide it leadership. He has been greatly missed since disease shortened his spectacular career at Caltech."

"Simply put, he was one of the greatest scientists and human beings I know, and I will forever be grateful for having had the opportunity to work with him," says Andrea Ghez (MS '89, PhD '93) of the University of California, Los Angeles, an advisee of Neugebauer's and the discoverer of a supermassive black hole at the center of our galaxy.

"He was the best mentor one could possibly hope for," she says. "I learned from him what it means to be a scientist: how to ask good scientific questions, how to design an experiment that can actually answer the question you've asked, the importance of a completely rigorous analysis and communicating clearly what you have done. He held himself and everyone around him to incredibly high standards and was absolutely devoted to the pure pursuit of science. He was not only a great scientist who was so willing to do the things that were uncharted, but he was also a tremendous human being who cared deeply for those around him. His influence was, and will continue to be, immense, both in the field of astronomy and on those of us fortunate enough to work with him.

"Gerry was a magnificent mentor and teacher," adds Soifer. "He inspired, pushed, taught how to do science with integrity and have fun. He never expected more from his students than he did of himself. For me, he was an inspiration, from when I worked on the two-micron survey as an undergraduate, to collaborating with him in many scientific endeavors, to watching him handle the intractable problems of guiding the IRAS science team through many trials and tribulations both technical and political, to watching him guide Palomar and the division, to watching him handle with grace the debilitating condition that he suffered from for the last two decades of his life. He was a wonderful counselor and valued friend."

He is survived by his wife, Marcia Neugebauer, a geophysicist at JPL; daughters Carol Kaplan and Lee Neugebauer; and two granddaughters. 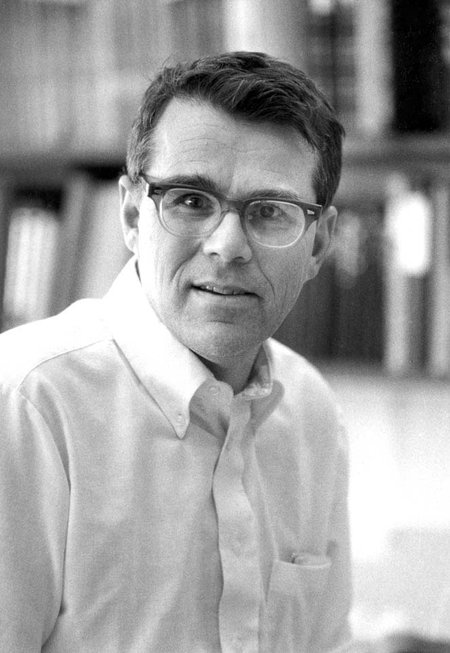 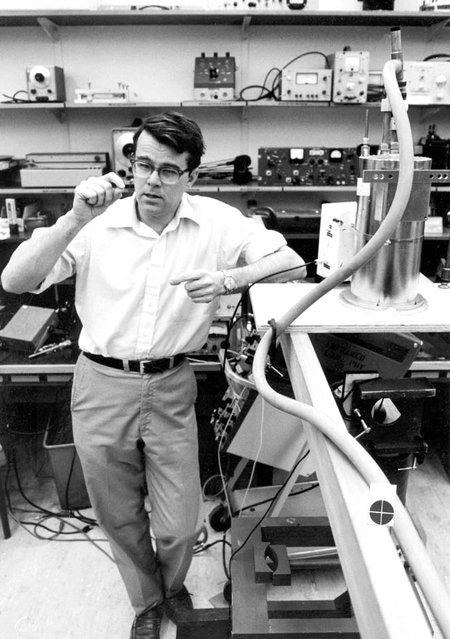 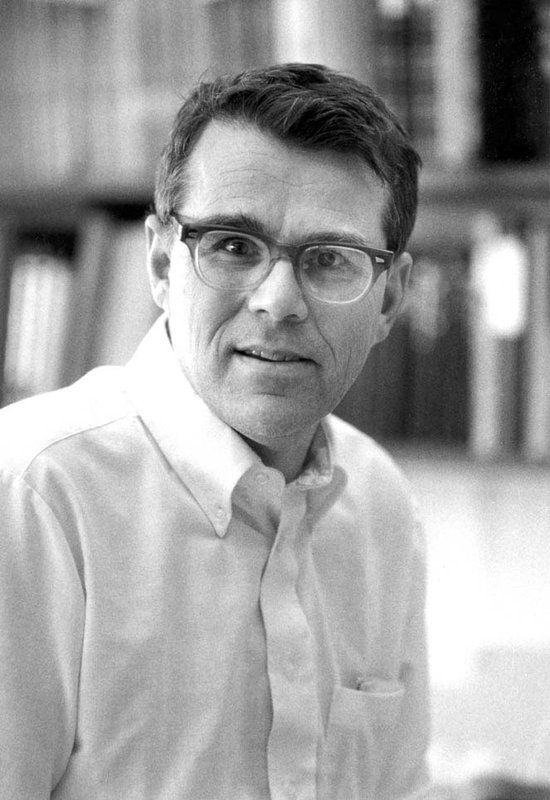 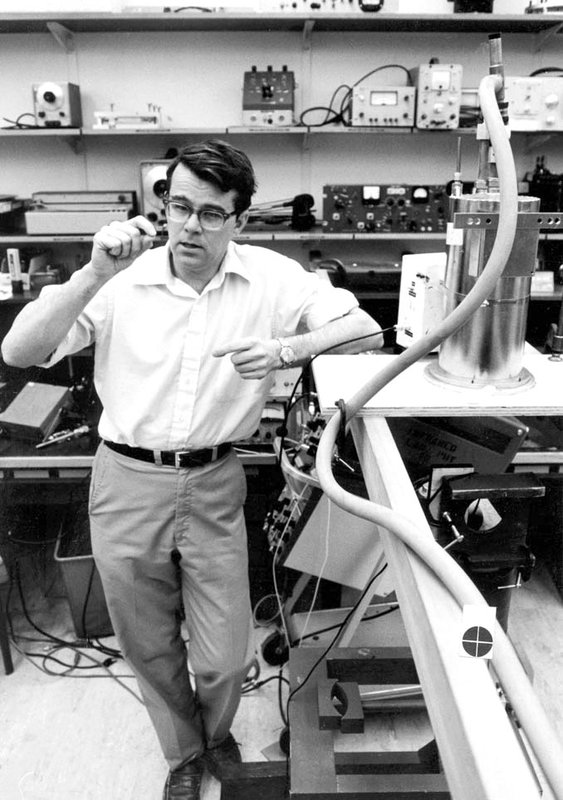