Raiders of the Lost Can

There is more than one way to get an empty soup can to the top of a five-foot pyramid. One option might be to pick up the soup can with your hand, walk to the pyramid, and place it on top. But that would be the easy way out, and that's not how Caltech's mechanical engineering majors roll.

In fact, the students in this year's Mechanical Engineering 72 (ME72) class, a two-term engineering design lab for mechanical engineering majors, not only rolled, they crawled and flew their robotic inventions to deliver their team's soup can to the top of a wooden pyramid outfitted with steel ramps, while simultaneously deploying other robotic vehicles to conduct defensive maneuvers, preventing the opposing team from beating them to the top with their own color-coded soup can.

This was the 29th year of the ME72 competition, which doubles as the final exam for students enrolled in the class. Gathering in the Brown Gymnasium on March 11th were six teams, each composed of 3–5 students, along with 250 visiting middle school students from the Pasadena Unified School District and an enthusiastic crowd of alumni, onlookers, and photographers.

"This is the only time I have ever watched any sort of competition in a gym while I've been at Caltech," says Erika DeBenedictis, a senior from Blacker House. The spirit of competition was palpable as teams with names such as the Avengers, 40 Pc Chicken McNuggets, and Fellowship of the Can rallied to send their robots to the summit. There were midair collisions and numerous ground-based encounters that sometimes sent the much-sought soup can careening toward the bleachers while team members paced around the perimeter, driving their vehicles with handheld controllers.

The rules of this year's competition and the precise dimensions of the central pyramid were developed over the summer by ME72's instructor, Carl Ruoff, division technologist at the Jet Propulsion Laboratory. Last October when the class began, each team was given $400 worth of controllers and batteries and an $800 budget to construct whatever vehicles they dreamed up to meet the soup can challenge. Working with Ruoff, lecturer John Van Deusen, four teaching assistants, and a machine shop assistant, students periodically demonstrated their vehicles in front of their competitors, although, says Sandra Fang, one of course's teaching assistants and a senior in mechanical engineering at Caltech, "they often conceal some of the capabilities of their vehicles from other teams."

Fang declined to declare a favorite at the outset of the competition. As a student in last year's ME72 class, she knows how rugged the process can be, though she admits, "most of the TAs do have a favorite. After watching them work so hard all year, you really want to see your favorite team win."

The Avengers team opted for two tractor-like vehicles named "The Hulk" and "Iron Man." "During the first term," says junior Derek Kearney, an Avenger team member, "we figured out how to drive them and turn them right and left. In the second term we worked on getting them to pick up the can and climb up the ramp." Caltech junior Richie Hernandez, another Avenger team member, pointed out the intricate network of bicycle chain, sprockets, rubber bands, and magnets that made "The Hulk" a formidable warrior in the competition.

For the visiting middle schoolers, Raiders of the Lost Can was the culmination of a day spent on the Caltech campus "taking a lab tour, hearing a lecture on neuroscience, and talking about the relationship between neuroscience and programming robotics," according to Mitch Aiken, Caltech's associate director for educational outreach.

The competition got off to a rocky start. In the first three heats (teams competed two at a time, in four-minute heats), no one had successfully moved their soup can to the top of the pyramid, though they came close several times, either pitching it over the top or pushing it partway up a ramp. But finally success was achieved, and at the end of the double-elimination competition, 40 Pc Chicken McNuggets emerged victorious. One suspects they retired to the golden arches to enjoy the product that fueled their success. 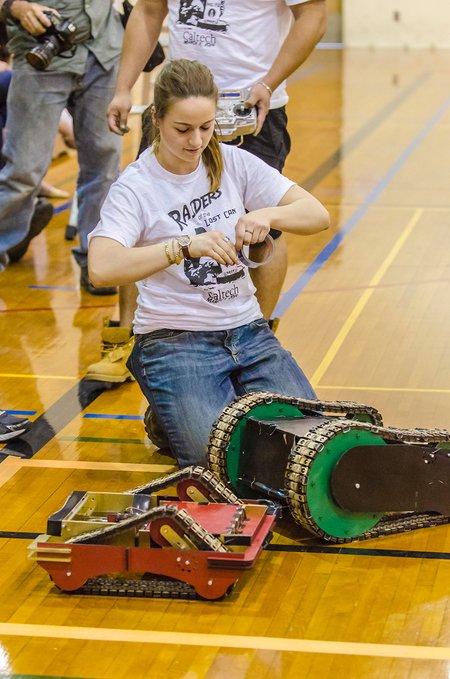 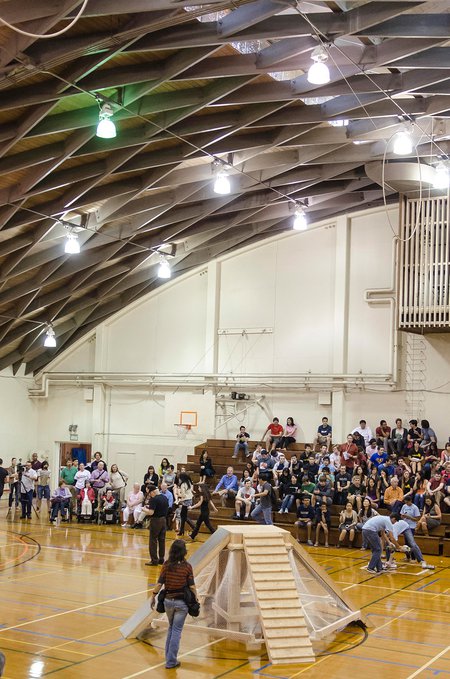 The pyramid to which robotics teams direct their soup cans. Credit: Lance Hayashida 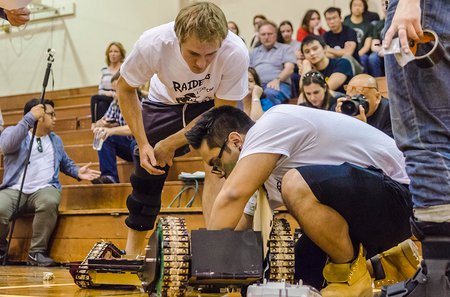 Derek Kearney and Richie Hernandez of the Avengers team make adjustments to The Hulk prior to setting it on its soup-can-retrieving mission. Credit: Lance Hayashida 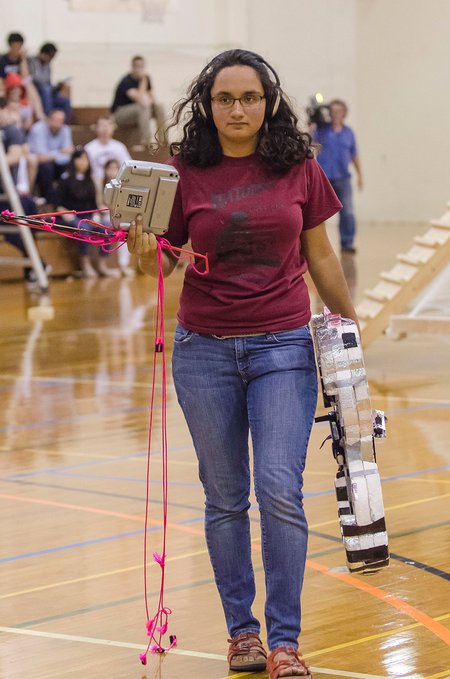 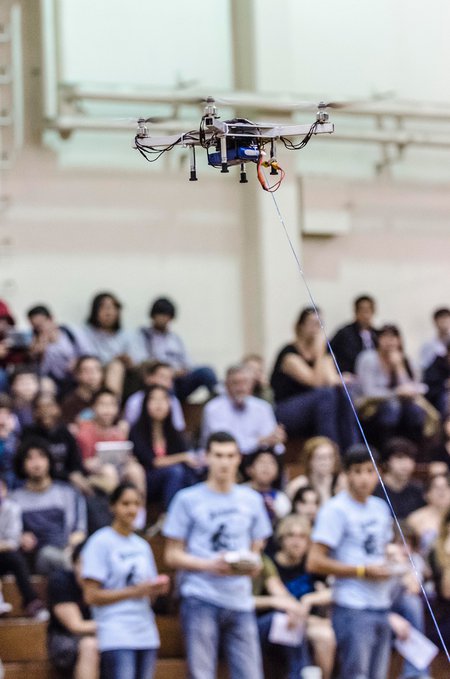 Quad-copter flying through Brown Gymnasium in search of a soup can. Credit: Lance Hayashida 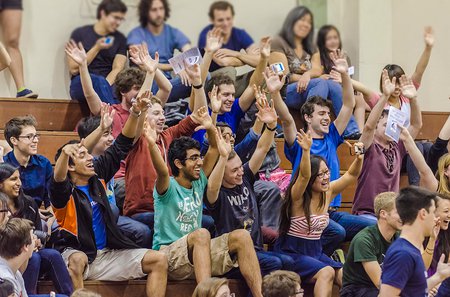 An enthusiastic crowd at the 2014 ME72 competition. Credit: Lance Hayashida
Image Gallery Lightbox 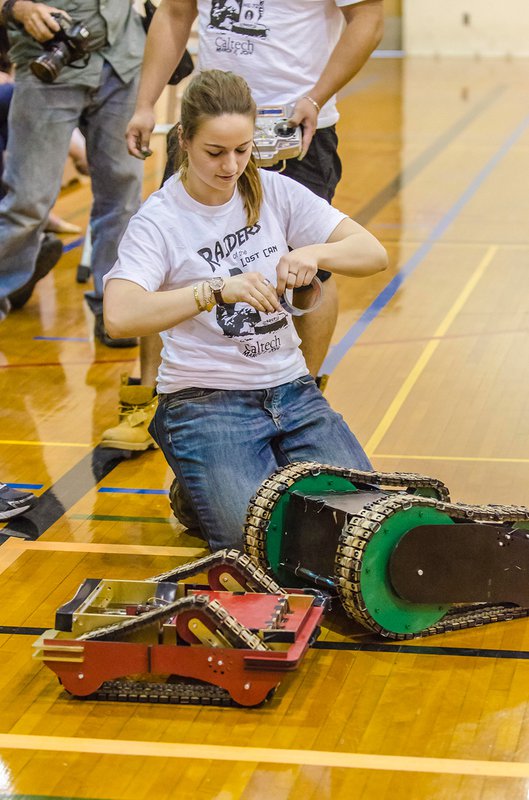 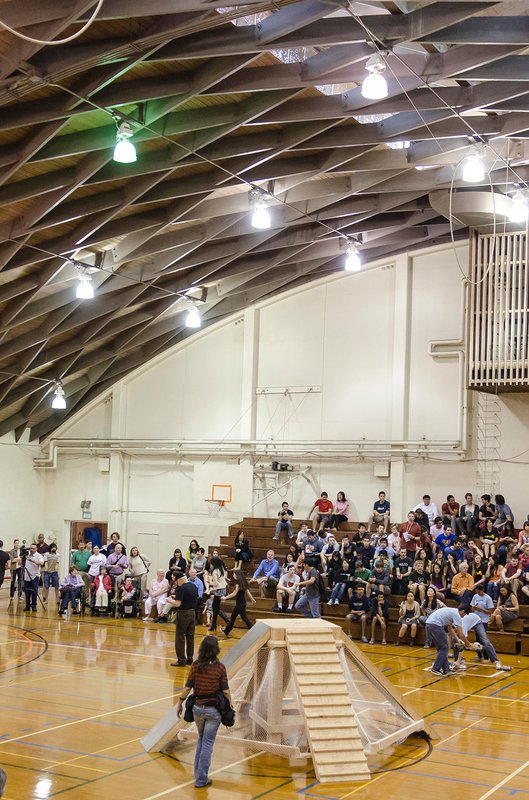 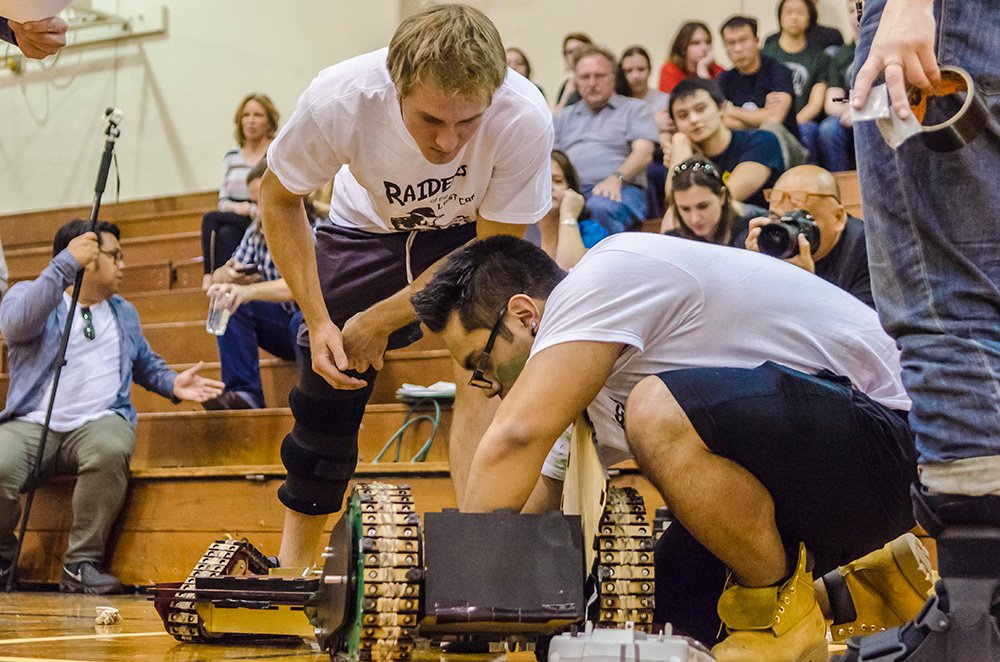 Derek Kearney and Richie Hernandez of the Avengers team make adjustments to The Hulk prior to setting it on its soup-can-retrieving mission.
Credit: Lance Hayashida
Download Full Image 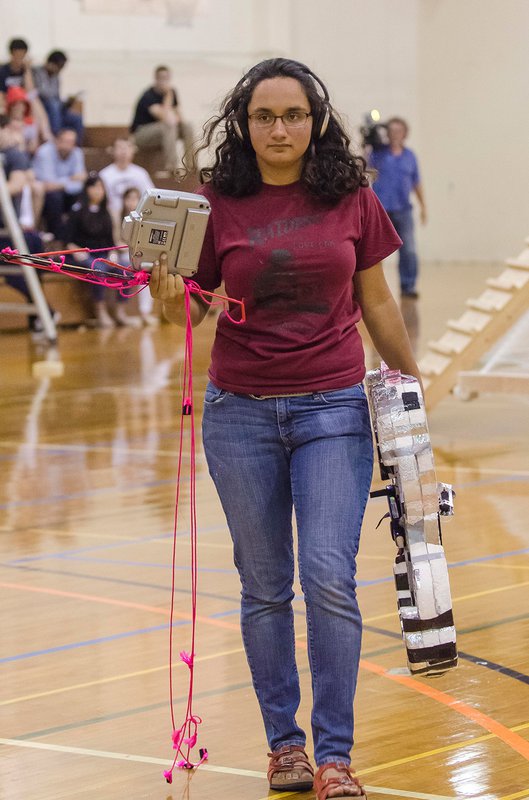 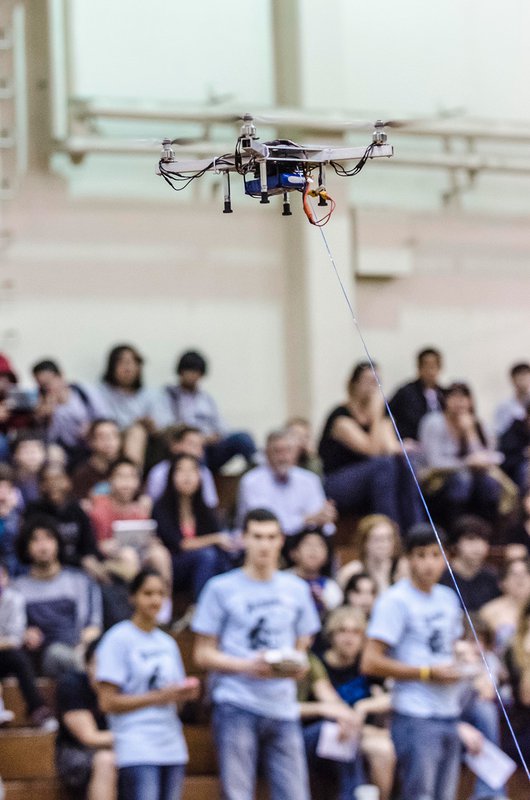 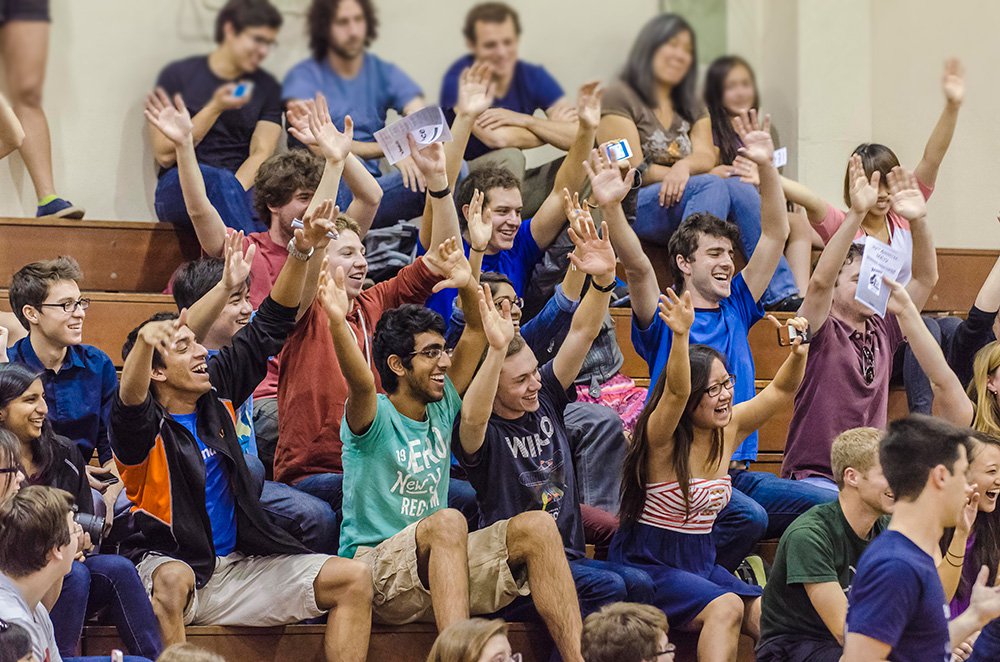 An enthusiastic crowd at the 2014 ME72 competition.
Credit: Lance Hayashida
Download Full Image