Growing up in rural northwest Ireland, beyond the reach of city lights, Gregg Hallinan fell in love with the night sky. "When you didn't have bad weather, and you didn't have clouds, the skies were nothing short of spectacular," he says. "From a young age, I was obsessed with astronomy—it's all I cared for. My parents got me a telescope when I was seven or eight, and from then on, that was it."

Now, Hallinan has brought his celestial obsession to Caltech as a new assistant professor of astronomy. He explores magnetic activity around stars, planets, and those in-between objects called brown dwarfs, which are balls of gas that just aren't big enough for nuclear fusion to ignite and turn them into stars. "I consider myself incredibly lucky that I can take my passion and hobby and have it as a career," he says.

Magnetic fields play important roles throughout the universe. In our own neighborhood, the sun's magnetic field causes all the features we see on its surface, like sunspots, solar flares, and long arcs of plasma called prominences. Earth's magnetic field forms a huge bubble that shields the planet from solar wind, which contains energetic particles that can strip the Earth of its ozone layer, our protection from harmful ultraviolet radiation. On Earth and other planets, like Jupiter, magnetic fields accelerate charged particles and slam them into the magnetic poles, creating light shows we know as the northern and southern lights.

Around stars, planets, and other astronomical objects, the accelerating particles also produce radio signals that travel across space. Hallinan's most surprising and important discovery yet was one he made as a graduate student at the National University of Ireland, Galway, when he found that brown dwarfs generate regular pulses of radio emissions—a feature more commonly associated with planets like Jupiter.

After receiving his PhD in 2008, he stayed at Galway as a postdoc for two years to follow up on his thesis work. He then spent five months at the National Radio Astronomical Observatory in Socorro, New Mexico, and a year at the University of California, Berkeley, before coming to Caltech.

Studying magnetic fields and the fleeting blips of radio emission they produce has led Hallinan to become increasingly interested in those signals, which are examples of a broader type of phenomenon called radio transients. All kinds of cosmic phenomena can generate these variable radio signals, such as exploding stars, mysterious blasts called gamma ray bursts, and stars being ripped apart when venturing too close to a black hole.

One of the most exciting sources of radio transients are planets around other stars, Hallinan says, and hunting for radio-emitting planets will be a major focus of his research. Radio pulses from an exoplanet would indicate the presence of a magnetic field, and since Earth's protective magnetic field may have been crucial for allowing life to evolve, radio activity from an exoplanet could be a signature for a habitable planet. "Looking very long term, when we're characterizing habitable planets, magnetic fields could be important constraints for trying to figure out if there's life on those planets," Hallinan says. But so far, he adds, no one has detected radio emission from any exoplanet. "I'm trying to be one of the pioneers in trying to detect that radiation."

"The radio transient sky is virtually unexplored," he says. "We know there's stuff happening out there, but we haven't yet got the technology to systematically search for those transients." But Hallinan is working to change that, helping to lead exactly such a search for radio emission from exoplanets and other kinds of radio transients. In particular, he's enlisting the most powerful radio telescope in the world to help with the search: the Jansky Very Large Array in New Mexico. He's also working to bring a radio-transient monitoring project to Caltech's Owens Valley Radio Observatory, east of the Sierra Nevada. And with other new radio telescopes coming on line—such as the Low Frequency Array in Europe and the Long Wavelength Array in New Mexico—discoveries are on their way, Hallinan says. That especially includes exoplanets. "We're very hopeful that we'll find radio emission from other planets in the next few years."

Caltech is already the home of the Palomar Transient Factory, a project led by professor of astronomy and planetary science Shri Kulkarni that surveys the skies for flashes of light in visible wavelengths, instead of radio. "Caltech is pretty much unparalleled in the study of transient science," Hallinan says, and a radio-transient project will expand on Caltech's expertise. "The most exciting thing about radio transient work is that we don't know what's out there. You're at the cutting edge."

Aside from astronomy, he's a big fan of mixed martial arts; back in Ireland, he was a karate instructor. But these days, Hallinan is focused on the cosmos, a passion first kindled on those clear winter nights above the Irish countryside. 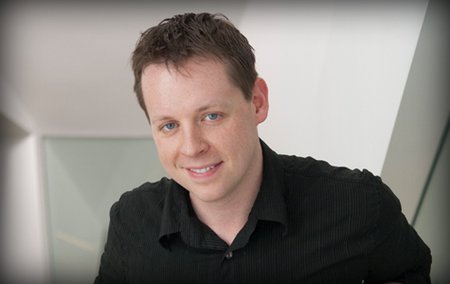 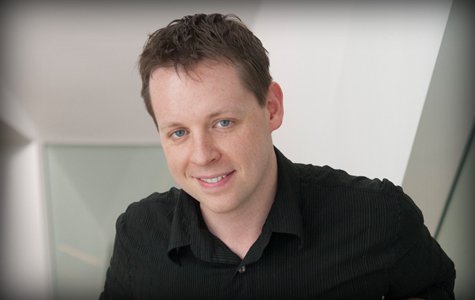