For years, researchers have been interested in developing quantum computers—the theoretical next generation of technology that will outperform conventional computers. Instead of holding data in bits, the digital units used by computers today, quantum computers store information in units called "qubits." One approach for computing with qubits relies on the creation of two single photons that interfere with one another in a device called a waveguide. Results from a recent applied science study at Caltech support the idea that waveguides coupled with another quantum particle—the surface plasmon—could also become an important piece of the quantum computing puzzle.

The work was published in the print version of the journal Nature Photonics the week of March 31.

As their name suggests, surface plasmons exist on a surface—in this case the surface of a metal, at the point where the metal meets the air. Metals are conductive materials, which means that electrons within the metal are free to move around. On the surface of the metal, these free electrons move together, in a collective motion, creating waves of electrons. Plasmons—the quantum particles of these coordinated waves—are akin to photons, the quantum particles of light (and all other forms of electromagnetic radiation).

"If you imagine the surface of a metal is like a sea of electrons, then surface plasmons are the ripples or waves on this sea," says graduate student Jim Fakonas, first author on the study.

These waves are especially interesting because they oscillate at optical frequencies. Therefore, if you shine a light at the metal surface, you can launch one of these plasmon waves, pushing the ripples of electrons across the surface of the metal. Because these plasmons directly couple with light, researchers have used them in photovoltaic cells and other applications for solar energy. In the future, they may also hold promise for applications in quantum computing.

However, the plasmon's odd behavior, which falls somewhere between that of an electron and that of a photon, makes it difficult to characterize. "According to quantum theory, it should be possible to analyze these plasmonic waves using quantum mechanics"—the physics that governs the behavior of matter and light at the atomic and subatomic scale—"in the same way that we can use it to study electromagnetic waves, like light," Fakonas says. However, in the past, researchers were lacking the experimental evidence to support this theory.

To find that evidence, Fakonas and his colleagues in the laboratory of Harry Atwater, Howard Hughes Professor of Applied Physics and Materials Science, looked at one particular phenomenon observed of photons—quantum interference—to see if plasmons also exhibit this effect.

The applied scientists borrowed their experimental technique from a classic test of quantum interference in which two single, identical photons are launched at one another through opposite sides of a 50/50 beam splitter, a device that acts as an imperfect mirror, reflecting half of the light that reaches its surface while allowing the the other half of the light to pass through. If quantum interference is observed, both identical photons must emerge together on the same side of the beam splitter, with their presence confirmed by photon detectors on both sides of the mirror.

Since plasmons are not exactly like photons, they cannot be used in mirrored optical beam splitters. Therefore, to test for quantum interference in plasmons, Fakonas and his colleagues made two waveguide paths for the plasmons on the surface of a tiny silicon chip. Because plasmons are very lossy—that is, easily absorbed into materials that surround them—the path is kept short, contained within a 10-micron-square chip, which reduces absorption along the way.

The waveguides, which together form a device called a directional coupler, act as a functional equivalent to a 50/50 beam splitter, directing the paths of the two plasmons to interfere with one another. The plasmons can exit the waveguides at one of two output paths that are each observed by a detector; if both plasmons exit the directional coupler together—meaning that quantum interference is observed—the pair of plasmons will only set off one of the two detectors.

This finding could be important for the development of quantum computing, says Atwater. "Remarkably, plasmons are coherent enough to exhibit quantum interference in waveguides," he says. "These plasmon waveguides can be integrated in compact chip-based devices and circuits, which may one day enable computation and measurement schemes based on quantum interference."

Before this experiment, some researchers wondered if the photon–metal interaction necessary to create a surface plasmon would prevent the plasmons from exhibiting quantum interference. "Our experiment shows this is not a concern," Fakonas says.

"We learned something new about the quantum mechanics of surface plasmons. The main thing is that we were able to validate the theoretical prediction; we showed that this type of interference is possible with plasmons, and we did a pretty clean measurement," he says. "The quantum interference displayed by plasmons appeared to be almost identical to that of photons, so I think it would be very difficult for someone to design a different structure that would improve upon this result."

The work was published in a paper titled "Two-plasmon quantum interference." In addition to Fakonas and Atwater, the other coauthors are Caltech undergraduate Hyunseok Lee and former undergraduate Yousif A. Kelaita (BS '12). The work was supported by funding from the Air Force Office of Scientific Research, and the waveguide was fabricated at the Kavli Nanoscience Institute at Caltech. 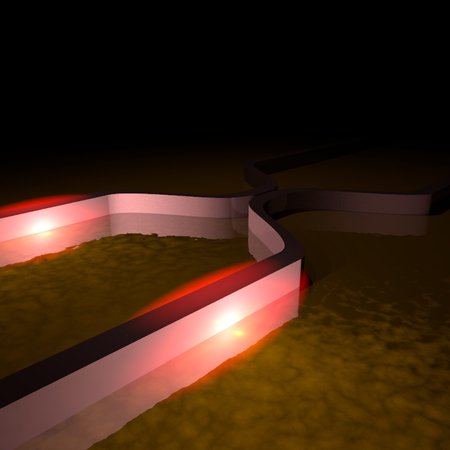 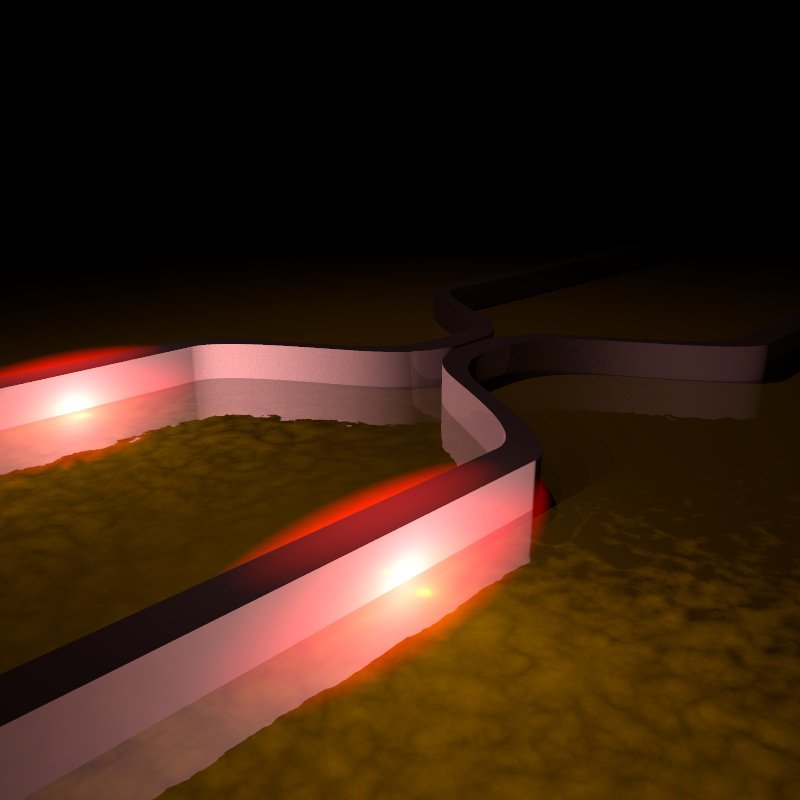