For proteins, this would be the equivalent of the red-carpet treatment: each protein belonging to the complex machinery of ribosomes—components of the cell that produce proteins—has its own chaperone to guide it to the right place at the right time and protect it from harm.

In a new Caltech study, researchers are learning more about how ribosome chaperones work, showing that one particular chaperone binds to its protein client in a very specific, tight manner, almost like a glove fitting a hand. The researchers used X-ray crystallography to solve the atomic structure of the ribosomal protein bound to its chaperone.

"Making ribosomes is a bit like baking a cake. The individual ingredients come in protective packaging that specifically fits their size and shape until they are unwrapped and blended into a batter," says André Hoelz, professor of chemistry at Caltech, a Heritage Medical Research Institute (HMRI) Investigator, and Howard Hughes Medical Institute (HHMI) Faculty Scholar." What we have done is figure out how the protective packaging fits one ribosomal protein, and how it comes unwrapped." Hoelz is the principal investigator behind the study published February 2, 2017, in the journal Nature Communications. The finding has potential applications in the development of new cancer drugs designed specifically to disable ribosome assembly.

In all cells, genetic information is stored as DNA and transcribed into mRNAs that code for proteins. Ribosomes translate the mRNAs into amino acids, linking them together into polypeptide chains that fold into proteins. More than a million ribosomes are produced per day in an animal cell.

Building ribosomes is a formidable undertaking for the cell, involving about 80 proteins that make up the ribosome itself, strings of ribosomal RNA, and more than 200 additional proteins that guide and regulate the process. "Ribosome assembly is a dynamic process, where everything happens in a certain order. We are only now beginning to elucidate the many steps involved," says Hoelz.

To make matters more complex, the proteins making up a ribosome are first synthesized outside the nucleus of a cell, in the cytoplasm, before being transported into the nucleus where the initial stages of ribosome assembly take place.

Chaperone proteins help transport ribosomal proteins to the nucleus while also protecting them from being chopped up by a cell's protein shredding machinery. The components that specifically aim this machinery at unprotected ribosomal proteins, recently identified by Raymond Deshaies, professor of biology at Caltech and an HHMI Investigator, ensures that equal numbers of the various ribosomal proteins are available for building the massive structure of a ribosome.

Previously, Hoelz and his team, in collaboration with the laboratory of Ed Hurt at the University of Heidelberg, discovered that a ribosomal protein called L4 is bound by a chaperone called "Assembly chaperone of RpL4," or Acl4. The chaperone ushers L4 through the nucleus, protecting it from harm, and delivers it to a developing ribosome at a precise time and location. In the new study, the team used X-ray crystallography, a process that involves exposing protein crystals to high-energy X-rays, to solve the structure of the bound pair. The technique was performed at Caltech's Molecular Observatory beamline at the Stanford Synchrotron Radiation Lightsource.

"This was not an easy structure to solve," says Ferdinand Huber, a graduate student at Caltech in the Hoelz lab and first author of the new study. "Solving the structure was incredibly exciting because you could see with your eyes, for the very first time, how the chaperone embraces the ribosomal protein to protect it."

Hoelz says that the structure was a surprise because it was not known previously that chaperones hold on to their ribosomal proteins so tightly. He says they want to study other chaperones in the future to see if they function in a similar fashion to tightly guard ribosomal proteins. The results may lead to the development of new drugs for cancer therapy by preventing cancer cells from supplying the large numbers of ribosomes required for tumor growth. 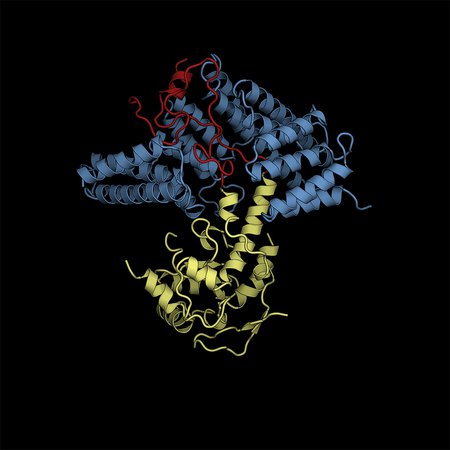 Structural rendering of a ribosomal protein (yellow and red) bound to its chaperone (blue). By capturing an atomic-resolution snapshot of the pair of proteins interacting with each other, Ferdinand Huber, a graduate student in the lab of André Hoelz revealed that chaperones can protect their ribosomal proteins by tightly packaging them up. The red region illustrates where the dramatic shape alterations occur when the ribosomal protein is released from the chaperone during ribosome assembly. Credit: Huber and Hoelz/Caltech 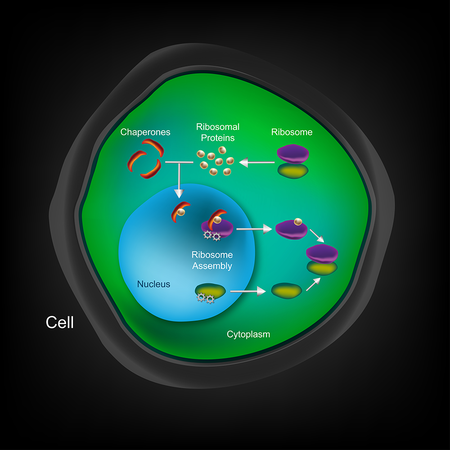 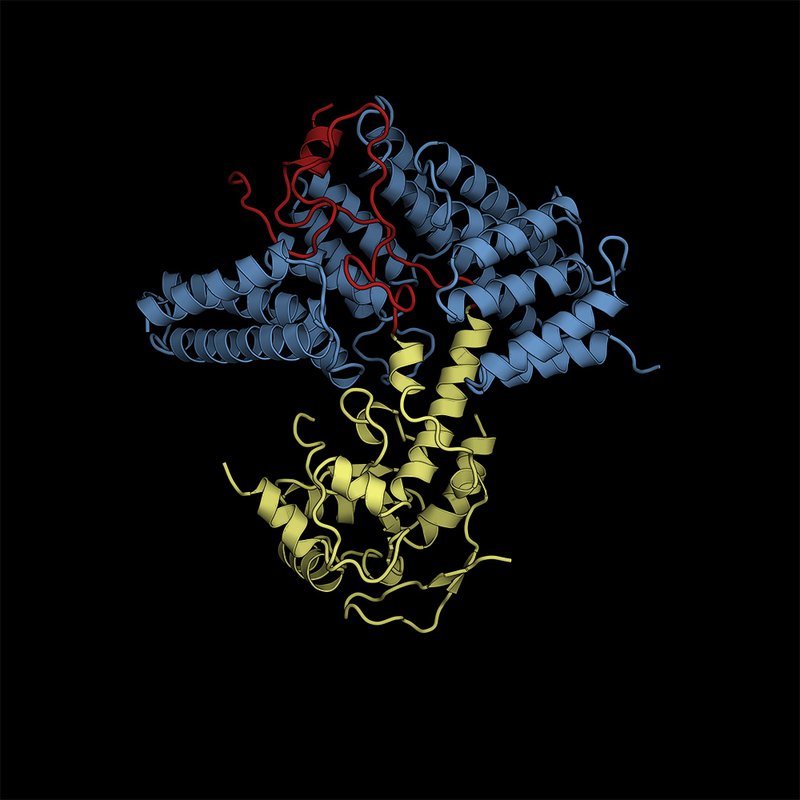 Structural rendering of a ribosomal protein (yellow and red) bound to its chaperone (blue). By capturing an atomic-resolution snapshot of the pair of proteins interacting with each other, Ferdinand Huber, a graduate student in the lab of André Hoelz revealed that chaperones can protect their ribosomal proteins by tightly packaging them up. The red region illustrates where the dramatic shape alterations occur when the ribosomal protein is released from the chaperone during ribosome assembly.
Credit: Huber and Hoelz/Caltech
Download Full Image 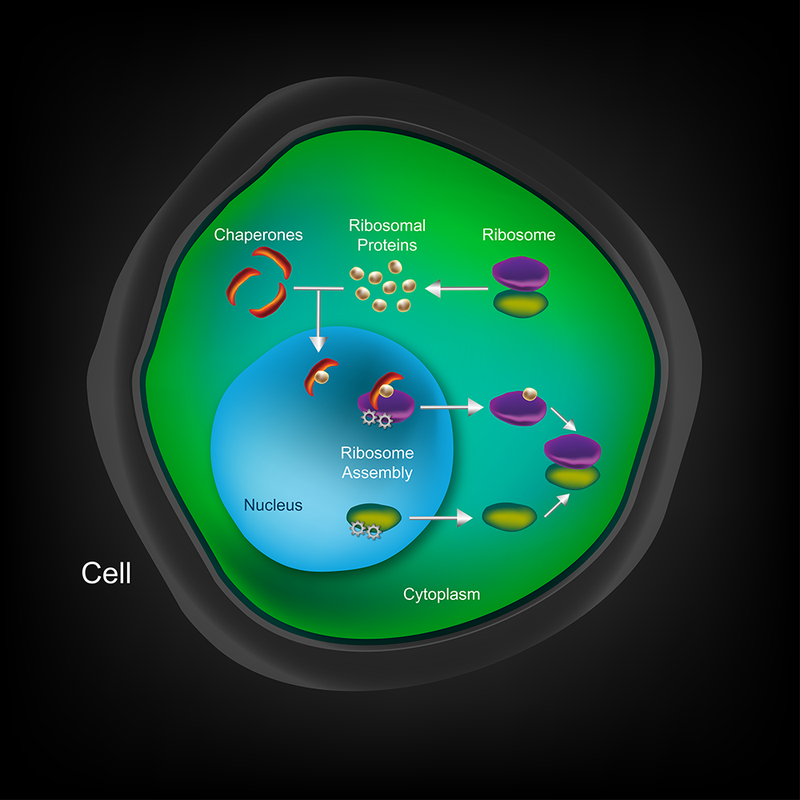