"Physics is pretty male-dominated," Tirone said, speaking on a panel of undergraduate women. "You go to a talk and look out into the room, and you can count the number of women on your fingers. That can be pretty daunting."

But at Caltech, she said, she has found a network of colleagues and mentors who are supporting her success.

Close to 450 prospective students and their family members—some from as far away as Beijing and London—attended the sixth-annual Women in STEM program, hosted by Caltech's undergraduate admissions office as part of its Summer Preview series. The series offers prospective applicants a chance to explore opportunities and learn about student life at the Institute.

Women in STEM participants toured labs; met female scientists from Caltech and JPL, which is managed for NASA by Caltech; and learned about internships with tech firms, nonprofit organizations, and government agencies.

"At Caltech, we care about creating the strongest and most talented pipeline of STEM applicants to the Institute," says Jarrid Whitney, executive director of admissions and financial aid.

Introducing the day's keynote speaker—Fiona Harrison, Caltech's Benjamin M. Rosen Professor of Physics and the Kent and Joyce Kresa Leadership Chair of the Division of Physics, Mathematics and Astronomy—he said he was eager for students to hear from some of the Institute's female scientists.

Later in the afternoon, at a panel called "This is What a Scientist Looks Like," attendees heard from four current students who discussed their own research, and shared how they had found a supportive community at Caltech.

"I am one of two African-American women in the class of 2020," said junior Alyssa Poletti, a planetary science student who is interning at JPL for the summer. She said she had grown accustomed to being one of few women of color in STEM.

Nonetheless, she said, at Caltech she has had many opportunities to connect with other women and scientists of color, starting just before her first year with the Freshman Summer Research Institute, run by the Caltech Center for Diversity. The program offers underrepresented students a five-week summer research experience with a Caltech faculty member, postdoctoral scholar, or graduate student; as well as a four-week introduction to Caltech's first-year math course. "It gave me a community," Poletti said. 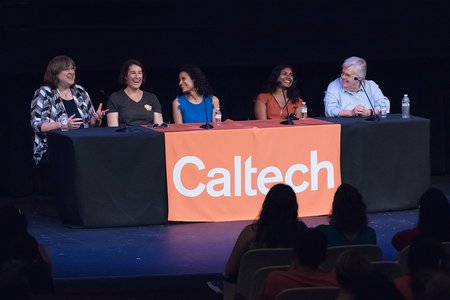 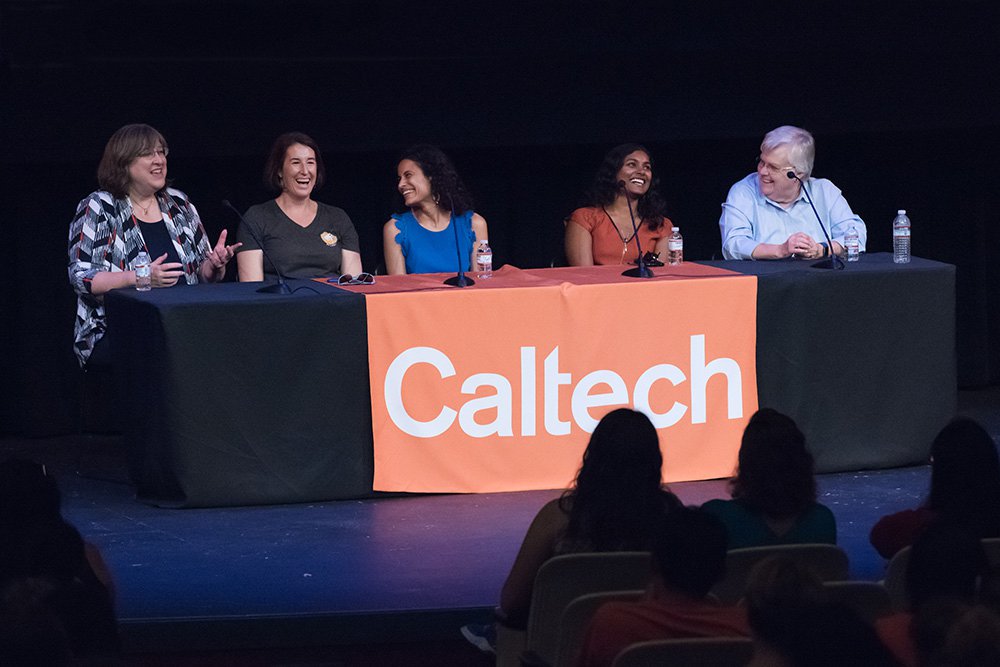