Skip to main content
Home  /  About  /  News  /  Progress for Paraplegics

In May 2011, a new therapy created in part by Caltech engineers enabled a paraplegic man to stand and move his legs voluntarily. Now those same researchers are working on a way to automate their system, which provides epidural electrical stimulation to the lower spinal cord. Their goal is for the system to soon be made available to rehab clinics—and thousands of patients—worldwide.

That first patient—former athlete Rob Summers, who had been completely paralyzed below the chest following a 2006 accident—performed remarkably well with the electromechanical system. Although it wasn't initially part of the testing protocol established by the Food and Drug Administration, the FDA allowed Summers to take the entire system with him when he left the Frazier Rehab Institute in Louisville—where his postsurgical physical therapy was done—provided he returns every three months for a checkup.

Joel Burdick, the Richard L. and Dorothy M. Hayman Professor of Mechanical Engineering and Bioengineering at Caltech, and Yu-Chong Tai, a Caltech professor of electrical engineering and mechanical engineering, helped create the therapy, which involves the use of a sheetlike array of electrodes that stimulate Summers' neurons and thus activate the circuits in his lower spinal cord that control standing and stepping. The approach has subsequently been successfully tested on a second paraplegic, and therapists are about to finish testing a third subject, who has shown positive results.

But Tai and Burdick want to keep the technology, as well as the subjects, moving forward. To that end, Tai is developing new versions of the electrode array currently approved for human implantation; these will improve patients' stepping motions, among other advances, and they will be easier to implant. Burdick is also working on a way to let a computer control the pattern of electrical stimulation applied to the spinal cord.

"We need to go further," Burdick says. "And for that, we need new technology."

Because spinal-cord injuries vary from patient to patient, deploying the system has required constant individualized adjustments by clinicians and researchers at the Frazier Institute, a leading center for spinal-cord rehabilitation. "Right now there are 16 electrodes in the array, and for each individual electrode, we send a pulse, which can be varied for amplitude and frequency to cause a response in the patient," Burdick says. Using the current method, he notes, "it takes substantial effort to test all the variables to find the optimum setting for a patient for each of the different functions we want to activate."

The team of investigators, which also includes researchers from UCLA and the University of Louisville, has until now used intelligent guesswork to determine which stimuli might work best. But soon, using a new algorithm developed by Burdick, they will be able to rely on a computer to determine the optimum stimulation levels, based on the patient's response to previous stimuli. This would allow patients to go home after the extensive rehab process with a system that could be continually adjusted by computer—saving Summers and the other patients many of those inconvenient trips back to Louisville. Doctors and technicians could monitor patients' progress remotely.

In addition to providing the subjects with continued benefits from the use of the device, there are other practical reasons for wanting to automate the system. An automated system would be easier to share with other hospitals and clinics around the world, Burdick says, and without a need for intensive training, it could lower the cost.

The FDA has approved testing the system in five spinal-cord injury patients, including the three already enrolled in the trial; Burdick is planning to test the new computerized version in the fourth patient, as well as in Rob Summers during 2013. Once the investigators have completed testing on all five patients, Burdick says, the team will spend time analyzing the data before deciding how to improve the system and expand its use.

The strategy is not a cure for paraplegics, but a tool that can be used to help improve the quality of their health, Burdick says. The technology could also complement stem-cell therapies or other methods that biologists are working on to repair or circumvent the damage to nervous systems that results from spinal-cord injury.

"There's not going to be one silver bullet for treating spinal-cord injuries," Burdick says. "We think that our technique will play a role in the rehabilitation of spinal-cord injury patients, but a more permanent cure will likely come from biological solutions."

Even with the limitations of the current system, Burdick says, the results have exceeded his expectations.

"All three subjects stood up within 48 hours of turning on the array," Burdick says. "This shows that the first patient wasn't a fluke, and that many aspects of the process are repeatable." In some ways, the second and third patients are performing even better than Summers, though it will be some time before the team can fully analyze those results. "We were expecting variations because of the distinct differences in the patients' injuries. Rob gave us a starting point, and now we've learned how to tune the array for each patient and to make adjustments as each patient changes over time.

"I do this work because I love it," Burdick says. "When you work with these people and get to know them and see how they are improving, it's personally inspiring." 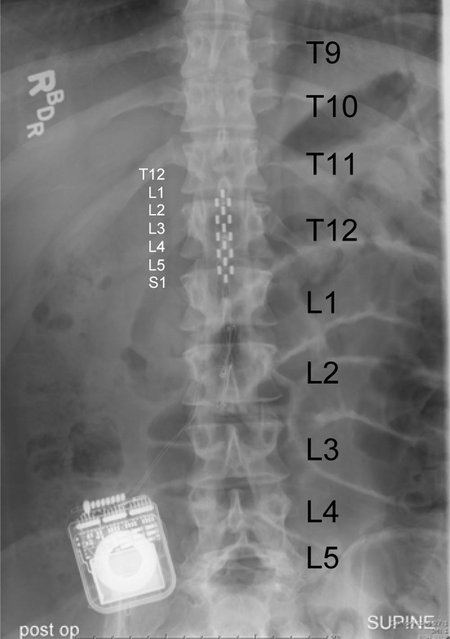 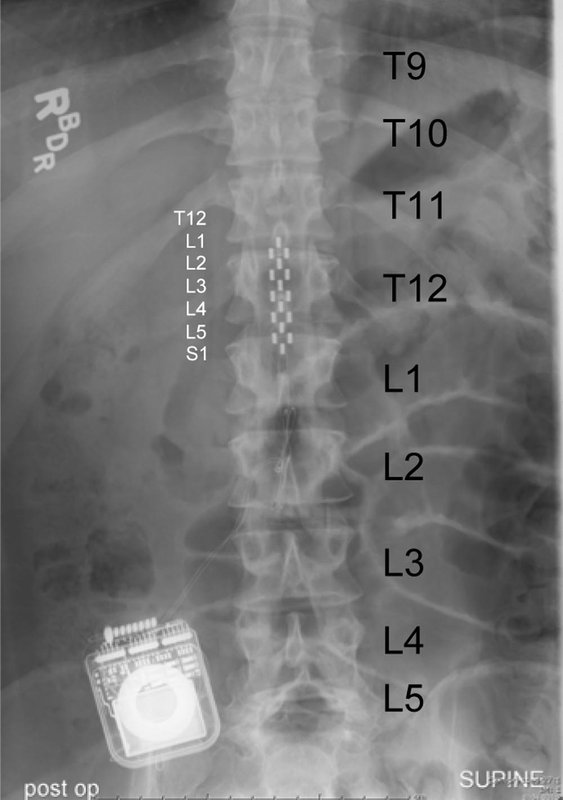