Product Design for the Developing World

But there's a lot tied up in that one word: build. You can't build without a design. And you can't design without doing research. And then there's marketing—and pricing—and manufacturability—and usability—and suitability—and sustainability. . .

For the seventh year running, Visiting Professor of Mechanical Engineering Ken Pickar has attempted to cram all these factors, and more, into the often-idealistic heads of Caltech engineering students. And he doesn't waste time with chalk talks and textbook examples. Consider that nearly half the world's population—the so-called Bottom of the Pyramid—lives on two or three dollars a day. That being so, the only way to pass Pickar's E/ME 105 class (titled "Product Design for the Developing World") is by designing something—a machine, a tool, a gadget, a process—to help improve those billions of lives.

In the past, Pickar's classes have included students from Art Center College of Design in Pasadena and Universidad Rafael Landivar in Guatemala City. Perhaps the best-known result of that collaboration was a wheelchair constructed from the welded-together remnants of two cut-up mountain bikes. One may wonder what—other than nerd appeal—would be the benefit of such a shin-bone's-connected-to-the-arm-bone hack. The answer is surprisingly un-technical: Guatemala's rough terrain makes mincemeat of conventional wheelchairs, which few of the country's disabled poor can afford anyway. Mountain bikes, on the other hand, are so widely available and inexpensive that buying a truckload just to transform them into durable wheelchairs makes perfect economic sense. In fact, the students who conceived of that idea have spun it off into a successful non-profit, Intelligent Mobility International.

This year, Pickar's class partnered with students at the Saint Gregorios Institutes of Technology and Sciences (known as SaintGITS), located along the southwestern coast of the Indian subcontinent. Beginning with rough concepts (or in some cases no concept at all), the seven teams rocketed through diligent market research, intense brainstorming, and rapid prototyping, all in ten short weeks. In lieu of a final exam, each team presented a detailed engineering design, complete with financial projections and manufacturing plans.

Like the proverbial better mousetrap, not every innovation is an invention. Many of the projects modified existing devices, often by adding features, improving safety, or lowering costs. For example, several of this year's projects addressed the small farms and remote villages supporting much of India's agricultural industry. One team developed a miniature combine harvester, inexpensive and lightweight enough to be shared among neighboring farms. Their design, which permits the vehicle to be built and repaired locally, promised to raise employment while lowering downtime. Two other projects addressed particularly backbreaking tasks often faced by women and unskilled laborers in India's rubber production industry. One, cleverly riffing off the ancient woodworking plane, was a handheld device for tapping rubber plants. The other, a power-assist attachment for rubber presses, promised a flatter learning curve through IKEA-like pictorial installation and repair instructions.

In the long run, not every one of these concepts may prove viable (most won't go beyond the prototype stage), but that doesn't dim Pickar's enthusiasm. "I'm consistently impressed by the creativity and energy of the students," he says. "And given the exigencies of a one-term class, as long as they've learned something, I'm happy."

For more on the presentations, read "Engineering for the Other Half." 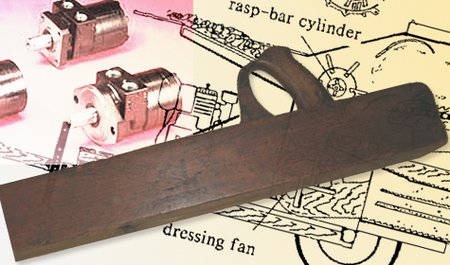 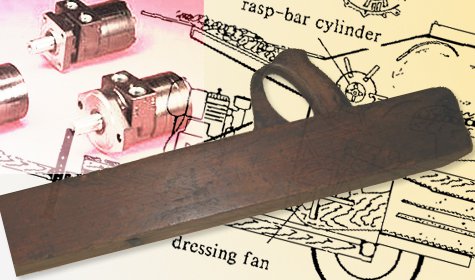