Using the co-occurrence of brain and gut problems in ASD as their guide, researchers at the California Institute Technology (Caltech) are investigating a potentially transformative new therapy for autism and other neurodevelopmental disorders.

The gut microbiota—the community of bacteria that populate the human GI tract—previously has been shown to influence social and emotional behavior, but the Caltech research, published online in the December 5 issue of the journal Cell, is the first to demonstrate that changes in these gut bacteria can influence autism-like behaviors in a mouse model.

"Traditional research has studied autism as a genetic disorder and a disorder of the brain, but our work shows that gut bacteria may contribute to ASD-like symptoms in ways that were previously unappreciated," says Professor of Biology Sarkis K. Mazmanian. "Gut physiology appears to have effects on what are currently presumed to be brain functions."

To study this gut–microbiota–brain interaction, the researchers used a mouse model of autism previously developed at Caltech in the laboratory of Paul H. Patterson, the Anne P. and Benjamin F. Biaggini Professor of Biological Sciences. In humans, having a severe viral infection raises the risk that a pregnant woman will give birth to a child with autism. Patterson and his lab reproduced the effect in mice using a viral mimic that triggers an infection-like immune response in the mother and produces the core behavioral symptoms associated with autism in the offspring.

In the new Cell study, Mazmanian, Patterson, and their colleagues found that the "autistic" offspring of immune-activated pregnant mice also exhibited GI abnormalities. In particular, the GI tracts of autistic-like mice were "leaky," which means that they allow material to pass through the intestinal wall and into the bloodstream. This characteristic, known as intestinal permeability, has been reported in some autistic individuals. "To our knowledge, this is the first report of an animal model for autism with comorbid GI dysfunction," says Elaine Hsiao, a senior research fellow at Caltech and the first author on the study.

To see whether these GI symptoms actually influenced the autism-like behaviors, the researchers treated the mice with Bacteroides fragilis, a bacterium that has been used as an experimental probiotic therapy in animal models of GI disorders.

The result? The leaky gut was corrected.

In addition, observations of the treated mice showed that their behavior had changed. In particular, they were more likely to communicate with other mice, had reduced anxiety, and were less likely to engage in a repetitive digging behavior.

"The B. fragilis treatment alleviates GI problems in the mouse model and also improves some of the main behavioral symptoms," Hsiao says. "This suggests that GI problems could contribute to particular symptoms in neurodevelopmental disorders."

With the help of clinical collaborators, the researchers are now planning a trial to test the probiotic treatment on the behavioral symptoms of human autism. The trial should begin within the next year or two, says Patterson.

"This probiotic treatment is postnatal, which means that the mother has already experienced the immune challenge, and, as a result, the growing fetuses have already started down a different developmental path," Patterson says. "In this study, we can provide a treatment after the offspring have been born that can help improve certain behaviors. I think that's a powerful part of the story."

The researchers stress that much work is still needed to develop an effective and reliable probiotic therapy for human autism—in part because there are both genetic and environmental contributions to the disorder, and because the immune-challenged mother in the mouse model reproduces only the environmental component.

"Autism is such a heterogeneous disorder that the ratio between genetic and environmental contributions could be different in each individual," Mazmanian says. "Even if B. fragilis ameliorates some of the symptoms associated with autism, I would be surprised if it's a universal therapy—it probably won't work for every single case."

The Caltech team proposes that particular beneficial bugs are intimately involved in regulating the release of metabolic products (or metabolites) from the gut into the bloodstream. Indeed, the researchers found that in the leaky intestinal wall of the autistic-like mice, certain metabolites that were modulated by microbes could both easily enter the circulation and affect particular behaviors.

"I think our results may someday transform the way people view possible causes and potential treatments for autism," Mazmanian says. 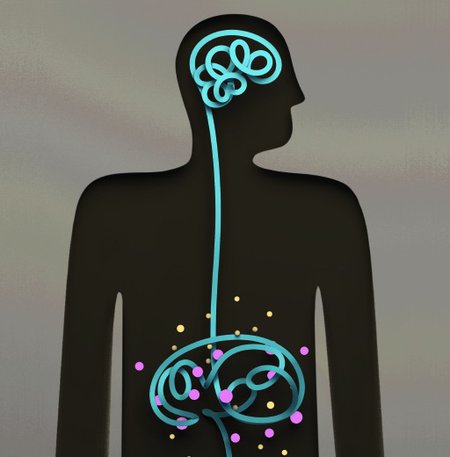 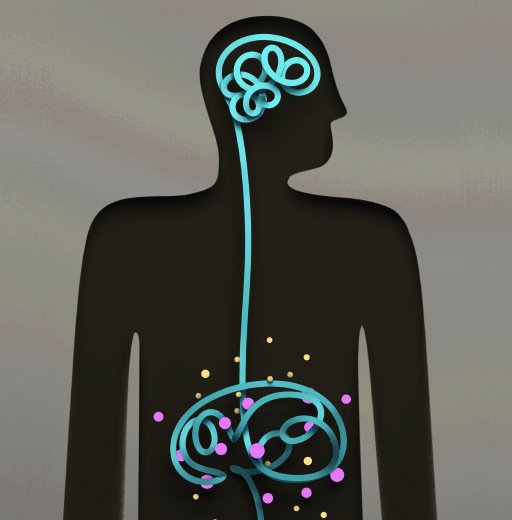