The sky is gray, but you're not sure if the clouds will clear or rain will pour. Do you grab an umbrella when you go outside?

Decisions like this are filled with ambiguity, and we're faced with them every day, whether picking stocks or choosing the sweetest watermelon at the store. "Almost every decision has some ambiguity," says Kota Saito, an economist who develops empirical and mathematical models on how people make decisions—gaining insight into human behavior that can inform socioeconomic policy. This fall, he joins Caltech as an assistant professor and the newest faculty member of the Division of the Humanities and Social Sciences.

In mid-August, just a few days after he arrived in Pasadena, Saito's office in Baxter was still relatively empty, with a bare bookcase and blank walls. His whiteboard, however, was already crowded with letters, symbols, and equations that describe how people make choices. Saito's research focuses on two types of decision making: decisions that are inherently ambiguous (do you grab the umbrella?) and those that deal with inequality and fairness—for example, how you would distribute certain goods. "Suppose I only have one chocolate bar," he says. "How should I share it with you?"

Although his research is theoretical and mathematical in nature, he explains, a crucial part of his work is the use of experimental evidence to establish a set of principles about human behavior. Classical economics assumes that a given person, being "rational," will want all the goods for himself. Therefore, in the chocolate-bar scenario, he would keep the entire bar and not share. But data shows that decision making is more subtle and complex, and that people actually take into account how their decisions affect others.

Saito takes this type of observed data and whittles it down to several simple principles. For example, one of those principles might say that a person prefers an outcome where no one receives anything rather than an outcome in which one lucky person gets everything. Then he mathematically proves that a person's choice satisfies those principles if and only if that choice is governed by a certain equation called a utility function. The utility function describes how people weigh the costs and benefits of a decision.

The ideas from his research can be used to inform policy in which inequality and fairness matter, such as the tax code—an especially hot political topic these days. But since his equations are based on controlled, idealized scenarios, Saito cautions against applying them directly to the real world. Nevertheless, he says, gleaning new insights into how people evaluate choices and how they consider the effects of those choices on others is important when forming socioeconomic policies.

Saito has been interested in psychology, political science, and sociology since he was a teenager. But he found himself drawn to the mathematical approaches in decision theory, which led him to study economics; he earned an MS from the University of Tokyo in 2007 and a PhD from Northwestern last spring. Now at Caltech, Saito hopes to show students that the experimental and mathematical methods normally used for the natural sciences can also be applied to the social sciences.

"I'm happy to be here," he says. "Caltech is the best place for microeconomic theory and experimental economics, and I'm excited to work with my new colleagues." And Southern California's weather is always a plus: "It's a really wonderful place—especially because I'm from Chicago," he says. "Here it's always sunny."

Which means he can probably leave his umbrella at home. 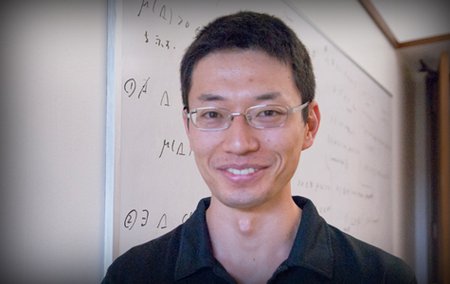 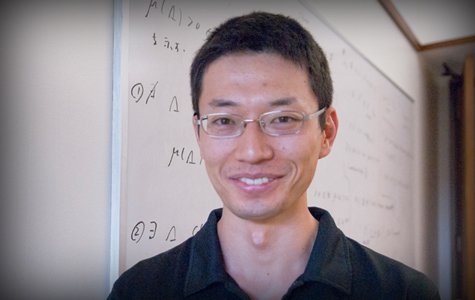