Just days after a major administration change in Washington, Caltech president Thomas Rosenbaum joined presidents from Harvey Mudd College, Pomona College, and ArtCenter College of Design on January 24 for "Politics and American Higher Education," a panel discussion about the roles and responsibilities of colleges and universities in America's new political landscape and how they could be impacted.

Academic institutions traditionally do not take political stands, "and yet in another way we are manifestly political," Rosenbaum told the crowd in Caltech's Ramo Auditorium. "Unless you pay attention to educating your students in a way that they will become good citizens of the country, that they will embrace the value of looking at data, seeking truth, then we as universities will fail and we as a country will fail."

Affirming a commitment to something like diversity in the current political environment, however, can be easily interpreted by some as a political statement, he said, noting: "We have a rocky road to navigate."

Moderator Terry McCarthy, president and CEO of the Los Angeles World Affairs Council, asked about the debate over safe spaces, particularly in the current political environment. Pomona president David Oxtoby said small groups wanting to meet in private, exercising their freedom of association, are certainly granted safe spaces on his campus. Publicly announced events, however, cannot be exclusionary. "That crosses a line, at least for Pomona, and we say no, you cannot discriminate for a public event," he said. "We insist anyone is allowed to come."

Instead of focusing on safe spaces, Oxtoby suggested academic institutions do more to encourage "daring spaces," where groups from very different backgrounds and opinions can come together to respectfully share their views and feel comfortable disagreeing with one other. "To me," he said, "that's more powerful."

That diversity of thought, background, and experience is important in higher education, Rosenbaum said, and American universities are so successful because they have been able to attract talent from across the world. "If we no longer are successful, it will be bad for us and bad for the country. . . . [N]o longer will we become a destination for really talented individuals, both undergraduate and graduate, who want to come to an American university."

The panel also agreed that selectivity in admissions is not a negative for any institution, provided that it offers opportunities and access for qualified students in every community.

ArtCenter president Lorne Buchman noted that his institution has a responsibility "to reach into communities where students would never even dream of what it might mean to have a career in art design and create some kind of bridge for them to get there."

Harvey Mudd president Maria Klawe said it's important colleges and universities never limit where they look for the next Nobel laureate. "We have the opportunity to be an existence proof that [regardless of whether] you are female or transgender or Muslim or a football player or a poet…there is absolutely nothing about any of those characteristics that has an implication about whether you can be a great physicist, biologist, engineer, computer scientist, or mathematician, and so on."

In his comments concluding the evening, Rosenbaum noted that teaching quantitative skills alongside the liberal arts will prepare students at Caltech and the other institutions with the ability to surmount any challenge, political or otherwise, now and into the future.

"If we do our job right we will see, one student at a time, the effects of that," he said. "One of the great things about being an academic is that each year you get another group of incredibly bright, wonderful students who are going to go out and change the world." 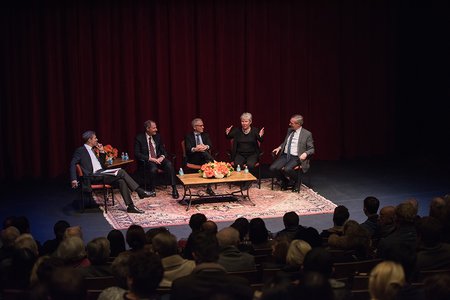 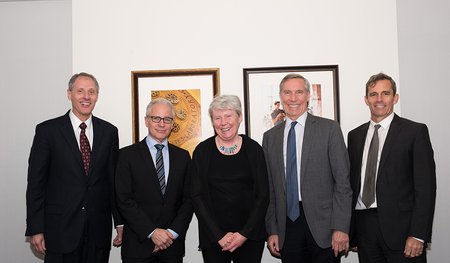 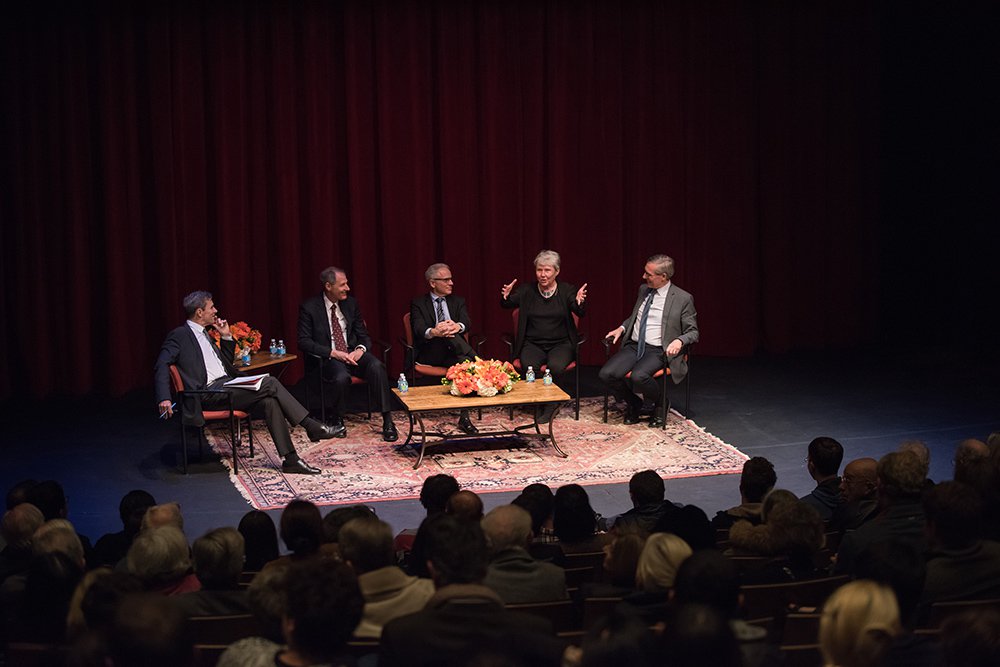 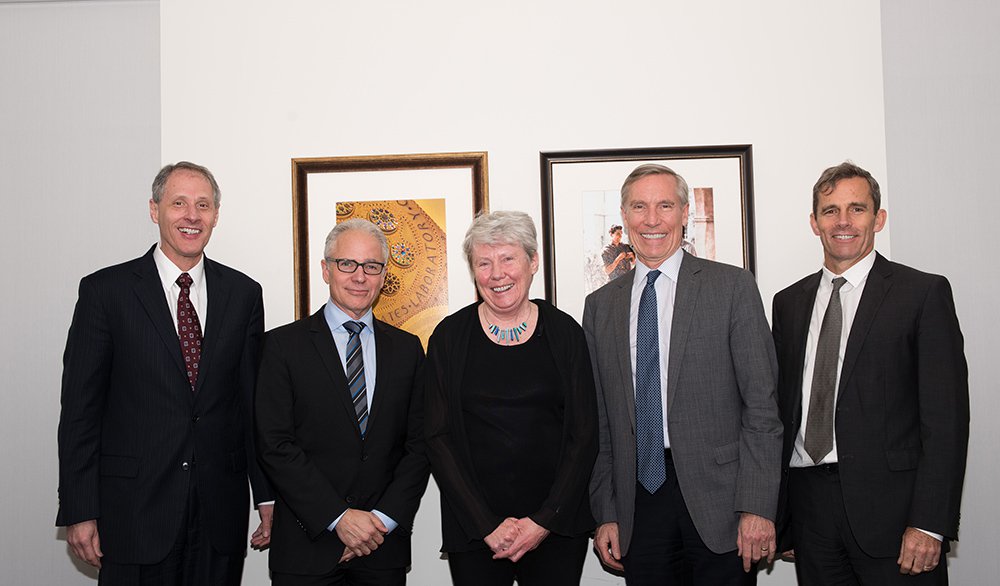