Andrew Ingersoll, Earle C. Anthony Professor of Planetary Sciences, has been a leader in the investigation of planetary weather and climate for nearly five decades. His research has included studies of the so-called runaway greenhouse effect that is thought to have boiled away Venus's oceans, the presence of liquid water on Mars, the supersonic winds on Jupiter's moon Io, and the atmospheric dynamics of Jupiter, Saturn, Uranus, and Neptune. He has been a key player on the instrument teams for many NASA/JPL missions, including Pioneer Venus, Pioneer Saturn, Voyager, Mars Global Surveyor, Galileo, and Cassini.

Ingersoll recently spoke more about his research and why he has dedicated his career to exploring atmospheres in outer space. In particular, he spoke, about the Cassini mission—a robotic spacecraft that was launched in 1997 and has been orbiting Saturn, its rings, and its moons since 2004.

What do you study?

In a single word, it is atmospheres. I study the weather and climate of Earth and other planets.

It may be in my genes to like that kind of phenomenon. I like things that I can stick my hands into and feel and imagine. Other branches of physics were too abstract for me. The objects of interest were either too large or too small. I like the human scale.

I also really like the unknowns. At the end of my doctorate in 1966, I could have gone into the fields of meteorology, oceanography, or planetary science. Meteorology seemed too routine because it involved forecasting the weather every day. That's unfair, because there are big challenges, but still, it wasn't as appealing to me as the planets. We knew next to nothing about them in the 1960s and Caltech offered me a nice job as an assistant professor, studying the weather and climate of other planets.

What was the field like when you first started out?

In those days, I felt I was doing what early meteorologists and oceanographers were doing in the 1930s, during the war and right after, which was just kind of getting the basic understanding of what was going on.

In the 1960s, 70s, 80s—and even today—we were and are still building that fundamental understanding of the planets. What are the basic gears? What's making Venus so hot and Mars so cold and Jupiter a striped Christmas tree ball? All of these things are fascinating.

What do we learn from studying the atmospheres of other planets?

By studying the planets—with their wide array of personalities and behaviors—we learn about how atmospheres and how weather and climate work in general and we get a much broader picture and perspective than we could ever get from studying Earth alone. Earth has ice ages—and that's pretty interesting—but we can't look at the ice ages today except by proxies. But we can look at the planets right now.

What have we learned from studying other planets that you are most excited about?

In the broadest sense, we have learned humility—how difficult it is to extend our knowledge of Earth's weather and climate to other planets. The planets continue to surprise us with things we never imagined. For me, the planets themselves are the heroes of the space program. They keep coming through with exciting stuff that was waiting to be discovered.

What have we discovered by studying Saturn through the Cassini mission?

Saturn has everything: rings, magnetosphere, icy moons, a moon—Titan—with a dense atmosphere, and the giant planet itself. In the realm of atmospheres, three things stand out. One is the way Saturn erupts every 20 to 30 years with a giant thunderstorm that wraps around the planet and then dies. Another is the way Titan has developed a methane-based hydrologic cycle complete with lakes, rivers, clouds, and rain. The third is the way Enceladus, a little icy moon, manages to emit plumes of ice particles, water vapor, and other gases despite its low temperatures. The underground plumbing is a big mystery, but it may involve liquid water close to the surface.

What big questions/discoveries are you still interested in pursuing?

Cassini has answered many old questions and raised many new ones, and that's good. It means there is stuff out there waiting to be discovered. I hope to answer a few of the new questions. Also, there is Earth. My career as a planetary scientist has given me a willingness to speculate about processes here on Earth and maybe to see things that other people have missed. Even if it doesn't work out, I am going to take a look at some of the outstanding questions of Earth's weather and climate. For instance, there's a 60-day cycle of tropical rainfall known as the Madden Julian oscillation. That's a long lifetime for a weather pattern, and the models don't reproduce it very well. Also, there are 1000-year cycles recorded in the Greenland ice known as Dansgaard-Oeschger events. That's much shorter than the orbital cycles and may represent sudden turnover of the oceans. Students and I are working on both projects right now.

What's next for you?

I'm involved with Juno, a spacecraft that is going into orbit around Jupiter in 2016. It carries a microwave radiometer that allows us to see down below the clouds at radio wavelengths. We will learn if the weather has roots in the deep atmosphere and whether the roots account for the long-term stability of the cloud features. Juno does many things, but it also gives us our first good look at the poles, where the weather is very unlike that at lower latitudes. Cassini goes on until 2017, and those two spacecraft will keep me busy. And there are always bright students who challenge me to think about new things. 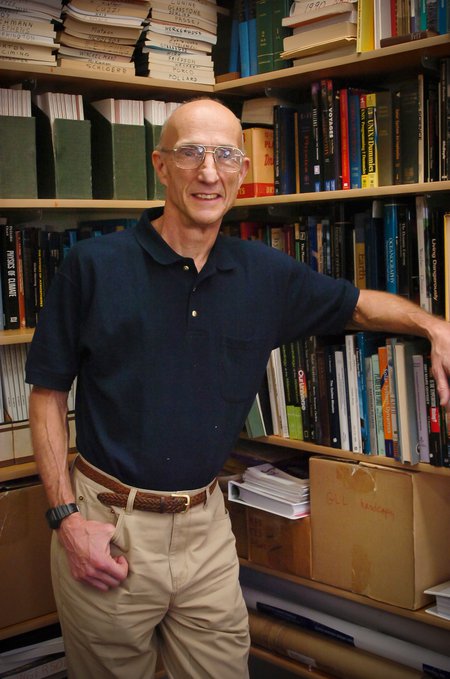 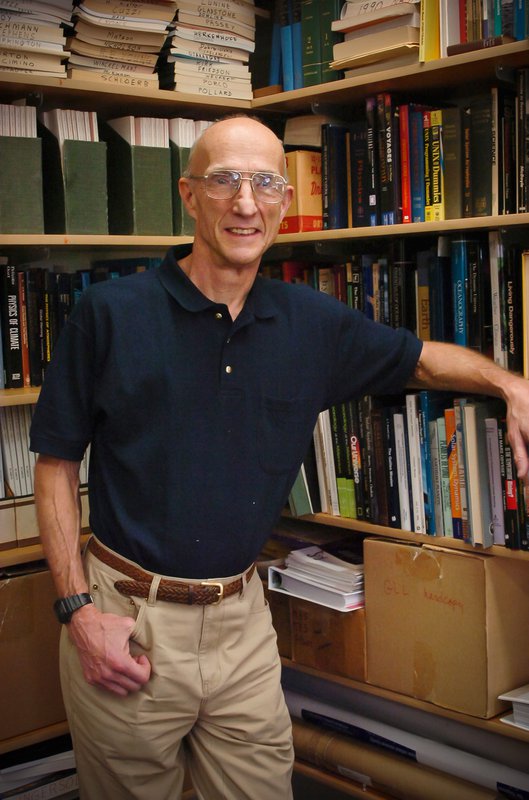