Planetary Collisions Can Drop the Internal Pressures in Planets

A new study from Caltech shows that giant impacts can dramatically lower the internal pressure of planets, a finding that could significantly change the current model of planetary formation.

The impacts, such as the one that is thought to have caused the formation of the earth's moon roughly 4.5 billion years ago, could cause random fluctuations in core and mantle pressures that would explain some puzzling geochemical signatures in Earth's mantle.

"Previous studies have incorrectly assumed that a planet's internal pressure is simply a function of the mass of the planet, and so it increases continuously as the planet grows. What we've shown is that the pressure can temporarily change after a major impact, followed by a longer term increase in pressure as the post-impact body recovers. This finding has major implications for the planet's chemical structure and subsequent evolution," says Simon Lock, postdoctoral researcher at Caltech and lead author of a paper explaining the new model that was published by Science Advances on September 4.

Lock authored the paper with colleague Sarah Stewart (PhD '02), professor of planetary science at the University of California, Davis, a 2018 MacArthur Fellow, and an alumna of the Caltech Division of Geological and Planetary Sciences.

Planetary systems typically begin as a disk of dust that slowly accretes into rocky bodies. The end of the main stage of this process is characterized by high-energy collisions between planet-sized bodies as they coalesce to form the final planets.

The shock energy of these impacts can vaporize significant portions of a planet and even, as is thought to have happened with the impact that formed the moon, temporarily turn the two colliding bodies into a rotating donut of planetary material known as a "synestia," which later cools back into one or more spherical bodies.

Lock and Stewart used computational models of giant impacts and planetary structures to simulate collisions that formed bodies with masses of between 0.9 and 1.1 Earth masses and found that, immediately after a collision, their internal pressures were much lower than had been expected. They found that the decrease in pressure was due to a combination of factors: the rapid rotation imparted by the collision, which generated a centrifugal force that acted against gravity, in essence pushing material away from the spin axis; and the low density of the hot, partially vaporized body.

"We have no direct observations of the growth of Earth-like planets. It turns out that the physical properties of a planet can vary wildly during their growth by collisions. Our new view of planet formation is much more variable and energetic than previous models which opens the door for new explanations of previous data," Stewart says.

The final result is that major impacts can lower a planet's internal pressure significantly. The pressure right after an impact like the one that is thought to have formed the moon could have been half of that of present-day Earth.

If true, the finding could help reconcile a long-standing contradiction between the geochemistry of the earth's mantle and physical models of planet formation.

As the proto-Earth grew, each object that collided with it delivered metal into the mantle. After each impact, the metal absorbed small amounts of other elements from the mantle, and then sank to the core – dragging those elements with it. The amount of each element that dissolved into the metal was determined, in part, by the earth's internal pressures. As such, the chemical composition of the mantle today records the mantle pressure during the planet's formation.

Studies of the metals in the earth's mantle today indicate that this absorption process occurred at pressures found in the middle of the mantle today. However, giant impact models show that such impacts melt most of the mantle, and so the mantle should have recorded a much higher pressure – equivalent to what we now see just above the core. This anomaly between the geochemical observation and physical models is one that scientists have long sought to explain.

By showing that the pressures after giant impacts were lower than previously thought, Lock and Stewart may have found the physical mechanism to solve this conundrum.

Next, Lock and Stewart plan to use their results to calculate how stochastic changes in pressure during formation affect the chemical structure of planets. Lock says that they will also continue to study how planets recover from the trauma of giant impacts "We have shown that the pressures in planets can increase dramatically as a planet recovers, but what effect does that have on how the mantle solidifies or how Earth's first crust formed? This is a whole new area that has yet to be explored," he says.

The paper is titled "Giant impacts stochastically change the internal pressures of terrestrial planets." Funding for this research came from the NASA Earth and Space Science Fellowship, the Department of Energy National Nuclear Security Administration, Harvard University's Earth and Planetary Sciences Department and Caltech's Division of Geological and Planetary Sciences.

Artist's depiction of a synestia, a rotating donut of planetary material that can result from the collision of two planetary bodies. In time, the synestia cools back into one or more spherical planetary bodies. (Credit: Ron Miller/Scientific American) 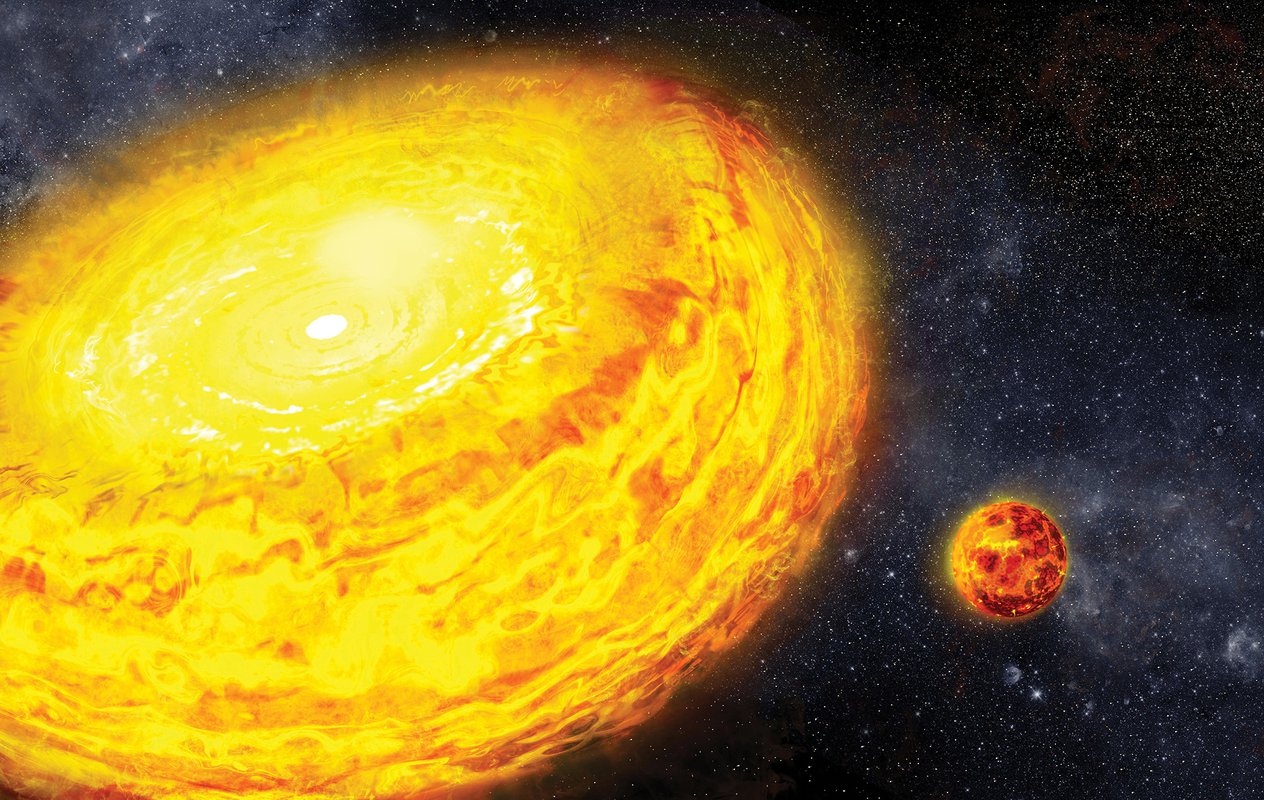 Artist's depiction of a synestia, a rotating donut of planetary material that can result from the collision of two planetary bodies. In time, the synestia cools back into one or more spherical planetary bodies.
Credit: Ron Miller/Scientific American
Download Full Image
Subscribe
The Caltech Weekly