In January 2016, Assistant Professor of Planetary Science Konstantin Batygin, along with Mike Brown, the Richard and Barbara Rosenberg Professor and professor of planetary astronomy, discovered evidence for a Neptune-sized planet on an eccentric orbit hidden deep in the Kuiper Belt, the expansive field of icy debris beyond Neptune's orbit. On Wednesday, December 7, Batygin will present this evidence for the existence of the so-called Planet Nine in the Richard C. Biedebach Memorial Lecture of the Earnest C. Watson Lecture Series. The lecture will begin at 8:00 p.m. in Beckman Auditorium. Admission is free.

I study the origins and evolution of planetary systems, including our own. I am fascinated by the dynamics of orbits—especially chaotic ones—and the physical processes that determine their final architectures. I also spend a substantial fraction of my time thinking about planetary interiors, planetary magnetic fields, and protoplanetary disks—the disks of material from which planets form.

One of the greatest questions ever asked is, "How did the world around us emerge?" This seemingly basic question cannot be answered without a full understanding of the formation and the early evolution of the solar system. Studying the solar system's present-day dynamical structure can help us unravel this remarkable story, while characterizing systems of extrasolar planets—planets outside of our solar system—can provide context for how our home world fits into the galactic planetary census.

By accident. I met my undergraduate adviser at a party and got involved in planetary research as a consequence of that encounter. Then, by what was probably a clerical error, I got into grad school here at Caltech and completely fell in love with planetary science. 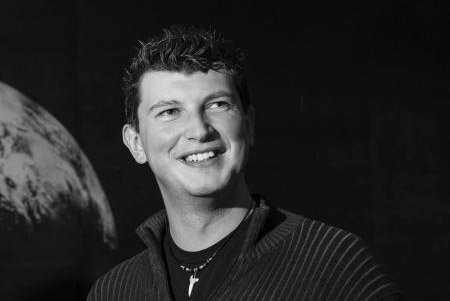