Growing up on an army base on Kwajalein, a part of the Marshall Islands, Heather Knutson was dazzled at an early age by the starry night sky from her clear vantage point in the South Pacific. Her parents, however, convinced her that a career in astronomy was not very practical, so instead she explored physics and engineering as a teenager. Now, just seven years after receiving a bachelor's in physics from Johns Hopkins, Knutson is one of the most recent faculty recruits to Caltech's Division of Geological and Planetary Sciences. And as an assistant professor of planetary science, she's proving that space study can be practical after all.

"I spent two years during my undergrad studies working at the Space Telescope Science Institute, which, incidentally, is next to the physics building at Johns Hopkins," says Knutson. "It was there that I realized that it might actually be possible to pursue a career in astronomy. Obviously I'm not in an astronomy department now, but since the objects I study are planets, I guess you could call me a planetary astronomer. I never planned to end up where I did, but I'm very glad that I have."

After earning her BS, Knutson went on to receive both a master's and doctoral degree in astronomy from Harvard. Prior to joining Caltech, she was a Miller Fellow at UC Berkeley for two years. Her research is focused on characterizing the properties of the planets that orbit stars other than our sun, including the temperatures, compositions, and atmospheric circulation patterns of these extra solar planets (or exoplanets)—all of which she tries to identify using observations of eclipsing systems.

"We have this giant, diverse, weird sample of planets—none of which match anything that we've seen before in our own solar system," says Knutson. "If we can learn something about the properties of these planets, then we can potentially learn a lot about planets in general—how they form, how they evolve, what's typical, what isn't, et cetera."

Knutson isn't the only new faculty member in GPS who spends her time looking into space. Bethany Ehlmann, assistant professor of planetary sciences who joined Caltech in August following a Marie Curie Fellowship at the Institut d'Astrophysique Spatiale (Institute of Space & Astrophysics) in France, has her sights set on a planet that robots, and potentially humans, can actually visit: Mars.

"My primary skills are in remote sensing and analysis of satellite images, using data both from other planets and acquired around Earth. It's a skill set I like to deploy for a wide variety of problems," she says. "Most recently, I've been working on understanding environmental conditions early in Mars's history, via detection of minerals like clays, carbonates, and sulfates."

Ehlmann's interest in Mars and remote sensing began when she was an undergraduate at Washington University, where planetary scientist Ray Arvidson, who also runs an undergrad program in environmental studies, served as her mentor. During her time as a student and after graduating, she spent nine months at NASA's Jet Propulsion Laboratory, working science operations for the Mars Exploration Rovers.

"I was working on day-to-day mission operations immediately after they landed. After that experience, I was more or less hooked on planetary science," says Ehlmann, who went on to spend two years at the University of Oxford as a Rhodes Scholar and then earn a PhD as a National Science Foundation fellow in the Geological Sciences department at Brown University.

Back on the West Coast, her research focus at Caltech will be three-fold, Ehlmann says. She plans to continue looking into the early history of Mars and its changing environmental processes though time, and will also work to improve remote sensing techniques, particularly for remote compositional analysis, or remotely detecting the minerals that make up planetary surfaces. In addition, she hopes to add to the understanding of physical and chemical weathering processes on Earth and other planets.

"I was one of those students who, on college applications, would check ecology, astronomy, geology, environmental policy, international relations. What I like about space exploration is that it actually involves a little piece of each of those," she says. "And certainly the science I do on the Earth side has policy implications for understanding environmental change."

Ehlmann is also excited to be back at JPL, where her journey in space exploration began. She will have a joint appointment at the lab, which is managed by Caltech for NASA.

"Caltech is a great institution to be a part of, with excellent students and fellow faculty, as well as wonderful resources like JPL," she says. "I'll spend some of my time working on current missions, and perhaps with some of the scientists and engineers to develop instruments to propose for future opportunities in solar system exploration." 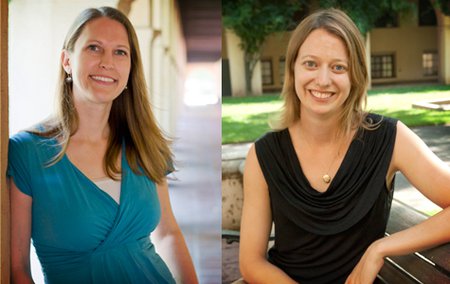 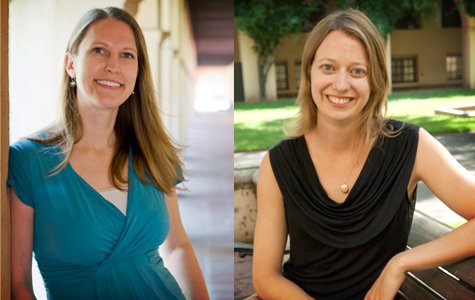