Caltech oceanographer Andrew Thompson, who uses autonomous underwater instruments and numerical models to study ocean currents and eddies and their impact on Earth's ecology and climate, has been awarded a Packard Fellowship for Science and Engineering. Packard Fellowships are awarded annually by the David and Lucile Packard Foundation to the nation's "most innovative early-career scientists and engineers" to provide them with "flexible funding and the freedom to take risks and explore new frontiers in their fields," according to the foundation.

Along with this year's 17 other fellows, Thompson, an assistant professor of environmental science and engineering, will receive a grant of $875,000 distributed over five years, to pursue his research.

As is the case for other Packard Fellows, Thompson was surprised by his selection. He recalls being called on a recent Tuesday morning into a meeting with Ken Farley, W. M. Keck Foundation Professor of Geochemistry. Farley had chaired Thompson's division, Geological and Planetary Sciences, up until September 1, when Fletcher Jones Professor of Geology John Grotzinger took over.

"Ken asked to meet with me in the division chair's office. This was already a little odd, because John had already taken over, but I did not think too much of it at the time," Thompson says. "Five minutes into our conversation, the phone rang, and when it was for me, I knew that something was up. Ken had nominated me in the spring so he was the one who delivered the news. I was thrilled. I had to go for a walk immediately after to calm down. It was really an honor to represent Caltech as a nominee."

"This was a great way to complete my term as chair—to have played a part in successfully nominating Andy for this prestigious and valuable award, and to get the chance to see his surprise and happiness when the foundation told him," Farley says.

Although he's only just heard the news, Thompson already has plans for the grant. "Part of the funds will be used to support our work with autonomous ocean instruments—gliders—that allow us to observe remote or dynamic parts of the ocean over long periods of time," he says. "These tools will be used to explore the coupling between ocean circulation, ecosystem dynamics, and biogeochemical cycling in the upper ocean, processes that are difficult to observe using traditional ship-based techniques."

Thompson joins 23 other current Caltech faculty who have been named Packard Fellows since the program's inception in 1988. To date, the Packard Foundation, a private family foundation created in 1964 Hewlett-Packard Company cofounder David Packard and his wife, Lucile Packard, has awarded $346 million to support 523 scientists from 52 national universities. Each year, participating universities are invited to nominate two faculty members for consideration by the 12-member Fellowship Advisory Panel of internationally recognized scientists and engineers, which recommends nominees for approval by the Packard Foundation Board of Trustees. 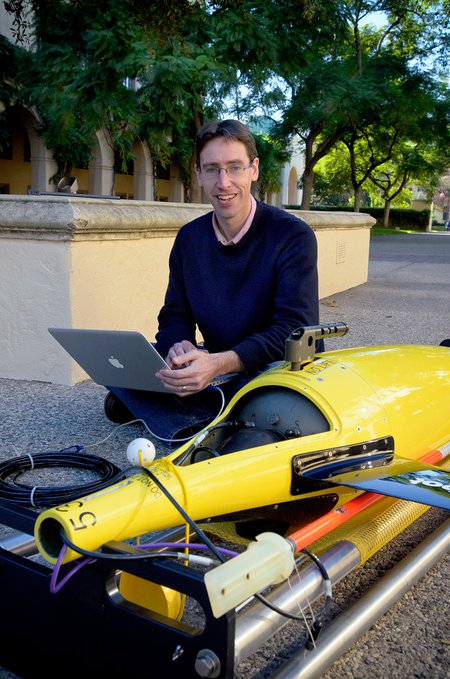 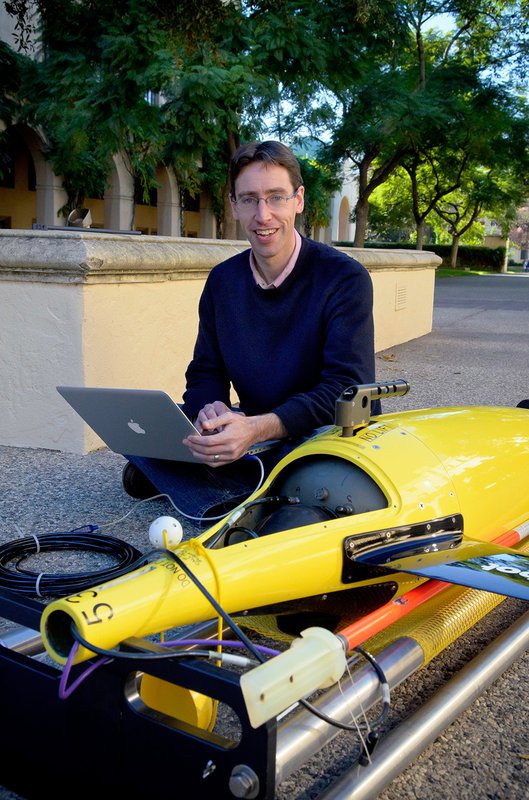