Paul H. Patterson, the Anne P. and Benjamin F. Biaggini Professor of Biological Sciences, Emeritus, at Caltech, and a neuroscientist and developmental biologist who created novel behavioral models of schizophrenia and autism in mice, died on Wednesday, June 25. He was 70 years old.

Patterson's research focused on interactions between the nervous and immune systems—a connection that was not universally acknowledged in the early days of neuroscience. "Professor Patterson was a pioneer and iconoclast who was not afraid to work outside the scientific mainstream, and who consequently made a number of important and seminal contributions that opened up entire fields of research," says David Anderson, Seymour Benzer Professor of Biology at Caltech and Patterson's longtime colleague.

One such contribution came early in his career when he began a postdoctoral fellowship, which eventually became a faculty position, in the department of neurobiology at Harvard Medical School. There, he developed a laboratory technique for growing peripheral neurons—nerve cells that are not part of the brain or spinal cord—in a culture. Using this new technique, he found that mature peripheral neurons could change their identity in response to environmental influences, demonstrating that each cell's identity is not genetically determined and absolute, a fundamental discovery in neuroscience.

In 1983, after more than a decade at Harvard, Patterson joined the faculty at Caltech, where his uncle Clair Patterson was a longtime faculty member in the division of geological and planetary sciences. At Caltech, Paul Patterson built upon his previous work at Harvard, seeking to characterize the puzzling factor that caused those mature neurons to change their identity. In 1989, genetic sequencing revealed that the factor was a cytokine, or cell-signaling molecule, called leukemia inhibitory factor (LIF), which had previously been identified based on its immunological function.

This finding influenced Patterson's initial involvement in the field of neuroimmunology. His newfound interest in working at the intersection of neuroscience and immunology led to his becoming increasingly curious about the biology of inflammation and its impact on the developing brain and on behavior.

As part of this work, he became intrigued by epidemiological studies that had linked a severe viral or bacterial infection during pregnancy with the increased risk of a woman giving birth to a child with a neurodevelopmental disorder such as schizophrenia or autism. Patterson and his coworkers reproduced this human effect in mice using a viral mimic that triggers an infection-like immune response in the mother, producing in the offspring the core behavioral symptoms associated with autism and schizophrenia.

Since its development in 2007, Patterson's mouse model has been used to study the environmental factors that influence the symptoms of human neurodevelopmental disorders and has increased awareness of the importance of those influences. Recently, the model informed a possible new therapy to treat schizophrenia-associated hallucinations.

In another recent study, Patterson and colleagues demonstrated that the gut microbiome, the diverse collection of bacteria that reside in the intestine, regulates behaviors in a mouse model of autism, and that probiotic treatment leads to improvements in behavioral deficits. These studies—a collaboration with Caltech microbiologist Sarkis Mazmanian—suggest that neurodevelopmental disorders with strong environmental influences may be ameliorated with microbial therapies.

"It will be a breakthrough to link the possible role of gut bacteria to autism, and I believe it gave him an explanation of how environmental components, about which he had speculated for years, contribute to the disease process—and it's sad that he's not going to be here to see what will happen over the next five to ten years," says Mazmanian, Luis B. and Nelly Soux Professor of Microbiology. "I think there will be increasing acceptance in the future for the perspectives that Paul has had for over two decades."

Professor Patterson also contributed to the understanding and treatment of Huntington's disease, a devastating hereditary neurological disorder. He served on the scientific advisory board of the Hereditary Disease Foundation since 1991, and with support from this foundation he carried out work that spanned more than a decade, applying his knowledge of monoclonal antibodies to develop new therapies for this incurable disease.

Patterson's dedication to science continued even after he began his battle with a brain tumor in late 2013. He attended lab meetings with his research group until he could no longer be moved in a wheelchair—and at that point, lab meetings were moved to his home to accommodate his attendance.

"I think the biggest compliment you can give him is that he was a true scientist; he did everything with respect to the scientific process," Mazmanian says. "When he was first diagnosed with glioblastoma—before the surgery, radiation, and chemo—he called both of our labs together for a meeting, since we work so closely. He then gave a lab meeting about his own disease. He showed an MRI of his own tumor, he showed data from papers he had read about his disease, and he talked about clinical trials that were going on. It was his way of communication. It's the way he approached everything: as a scientist."

In addition to the medical and therapeutic possibilities of his own work, Patterson thought that Caltech graduate students should also have an opportunity to explore their work in a clinical setting. He was instrumental in developing the Institute's MD/PhD joint degree program—a collaboration that allows graduate students to combine their Caltech research experience with medical education at UCLA or USC.

"Paul showed creativity both in curriculum development, in student mentoring, and in bringing the Caltech faculty together to support a program, which was in collaboration with another major institution," says Richard Bergman, director of the Cedars-Sinai Diabetes and Obesity Research Institute, who helped Patterson form the initial collaboration with USC. "His contributions in this regard educated several generations of students who, today, continue to make important contributions to medical science. This was a great legacy of Professor Patterson."

Patterson was also an advocate for students both within and outside of academia, says Athena Castro, executive director of the Caltech Y. Patterson and his wife, Carolyn, were both members of the Caltech Y—an external organization that aims to broaden the horizons of Caltech students and increase their social awareness. "He cared deeply about students and their well-being, and also took his role as mentor very seriously. He made a positive impact on people's lives in many ways," she says. "Those of us involved with him at the Caltech Y will remember him for his genuine concern for and kindness toward others, his passion for his work, and his spirit."

Born in Chicago in 1943, Patterson stayed in the Midwest for college, graduating with a bachelor's degree from Grinnell College in Iowa in 1965. From there, he moved east for graduate school at Johns Hopkins University, earning his doctorate under advisor William Lennarz in 1970.

Patterson served as the executive officer for neurobiology at Caltech from 1989 to 2000. He was also the recipient of numerous awards and honors and was a fellow of the American Association for the Advancement of Science.

He is survived by his wife, Carolyn, and his son, Paul. 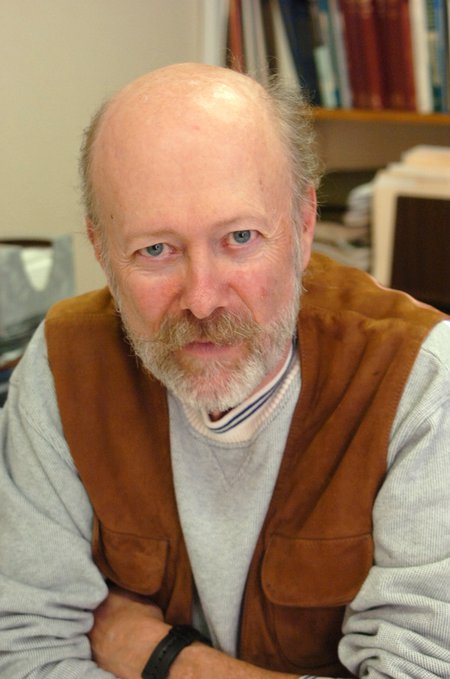 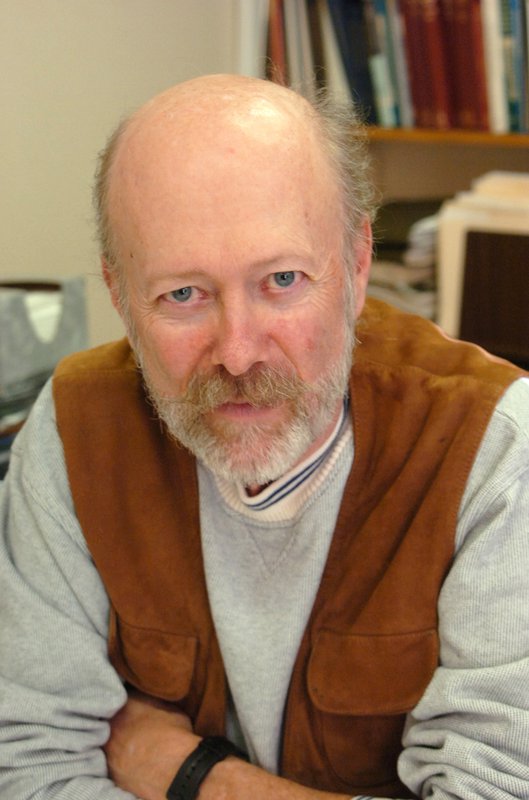