A New Way to Prevent the Spread of Devastating Diseases

For decades, researchers have tried to develop broadly effective vaccines to prevent the spread of illnesses such as HIV, malaria, and tuberculosis. While limited progress has been made along these lines, there are still no licensed vaccinations available that can protect most people from these devastating diseases.

So what are immunologists to do when vaccines just aren't working?

At Caltech, Nobel Laureate David Baltimore and his colleagues have approached the problem in a different way. Whereas vaccines introduce substances such as antigens into the body hoping to illicit an appropriate immune response—the generation of either antibodies that might block an infection or T cells capable of attacking infected cells—the Caltech team thought: Why not provide the body with step-by-step instructions for producing specific antibodies that have been shown to neutralize a particular disease?

The method they developed—originally to trigger an immune response to HIV—is called vectored immunoprophylaxis, or VIP. The technique was so successful that it has since been applied to a number of other infectious diseases, including influenza, malaria, and hepatitis C.

"It is enormously gratifying to us that this technique can have potentially widespread use for the most difficult diseases that are faced particularly by the less developed world," says Baltimore, president emeritus and the Robert Andrews Millikan Professor of Biology at Caltech.

VIP relies on the prior identification of one or more antibodies that are able to prevent infection in laboratory tests by a wide range of isolated samples of a particular pathogen. Once that has been done, researchers can incorporate the genes that encode those antibodies into an adeno-associated virus (AAV), a small, harmless virus that has been useful in gene-therapy trials. When the AAV is injected into muscle tissue, the genes instruct the muscle tissue to generate the specified antibodies, which can then enter the circulation and protect against infection.

In 2011, the Baltimore group reported in Nature that they had used the technique to deliver antibodies that effectively protected mice from HIV infection. Alejandro Balazs was lead author on that paper and was a postdoctoral scholar in the Baltimore lab at the time.

"We expected that at some dose, the antibodies would fail to protect the mice, but it never did—even when we gave mice 100 times more HIV than would be needed to infect seven out of eight mice," said Balazs, now at the Ragon Institute of MGH, MIT and Harvard. "All of the exposures in this work were significantly larger than a human being would be likely to encounter."

At the time, the researchers noted that the leap from mice to humans is large but said they were encouraged by the high levels of antibodies the mice were able to produce after a single injection and how effectively the mice were protected from HIV infection for months on end. Baltimore's team is now working with a manufacturer to produce the materials needed for human clinical trials that will be conducted by the Vaccine Research Center at the National Institutes of Health.

Moving on from HIV, the Baltimore lab's next goal was protection against influenza A. Although reasonably effective influenza vaccines exist, each year more than 20,000 deaths, on average, are the result of seasonal flu epidemics in the United States. We are encouraged to get flu shots every fall because the influenza virus is something of a moving target—it evolves to avoid resistance. There are also many different strains of influenza A (e.g. H1N1 and H3N2), each incorporating a different combination of the various forms of the proteins hemagglutinin (H) and neuraminidase (N). To chase this target, the vaccine is reformulated each year, but sometimes it fails to prevent the spread of the strains that are prevalent that year.

But about five years ago, researchers began identifying a new class of anti-influenza antibodies that are able to prevent infection by many, many strains of the virus. Instead of binding to the head of the influenza virus, as most flu-fighting antibodies do, these new antibodies target the stalk that holds up the head. And while the head is highly adaptable—meaning that even when mutations occur there, the virus can often remain functional—the stalk must basically remain the same in order for the virus to survive. So these stalk antibodies are very hard for the virus to mutate against.

In 2013, the Baltimore group stitched the genes for two of these new antibodies into an AAV and showed that mice injected with the vector were protected against multiple flu strains, including all H1, H2, and H5 influenza strains tested. This was even true of older mice and those without a properly functioning immune system—a particularly important finding considering that most deaths from the flu occur in the elderly and immunocompromised populations. The group reported its results in the journal Nature Biotechnology.

"We have shown that we can protect mice completely against flu using a kind of antibody that doesn't need to be changed every year," says Baltimore. "It is important to note that this has not been tested in humans, so we do not yet know what concentration of antibody can be produced by VIP in humans. However, if it works as well as it does in mice, VIP may provide a plausible approach to protect even the most vulnerable patients against epidemic and pandemic influenza."

Now that the Baltimore lab has shown VIP to be so effective, other groups from around the country have adopted the Caltech-developed technique to try to ward off malaria, hepatitis C, and tuberculosis.

In August, a team led by Johns Hopkins Bloomberg School of Public Health reported in the Proceedings of the National Academy of Sciences (PNAS) that as many as 70 percent of mice that they had injected by the VIP procedure were protected from infection with malaria by Plasmodium falciparum, the parasite that carries the most lethal of the four types of the disease. A subset of mice in the study produced particularly high levels of the disease-fighting antibodies. In those mice, the immunization was 100 percent effective.

"This is also just a first-generation antibody," says Baltimore, who was a coauthor on the PNAS study. "Knowing now that you can get this kind of protection, it's worth trying to get much better antibodies, and I trust that people in the malaria field will do that."

Most recently, a group led by researchers from The Rockefeller University showed that three hepatitis-C-fighting antibodies delivered using VIP were able to protect mice efficiently from the virus. The results were published in the September 17 issue of the journal Science Translational Medicine. The researchers also found that the treatment was able to temporarily clear the virus from mice that had already been infected. Additional work is needed to determine how to prevent the disease from relapsing. Interestingly, though, the work suggests that the antibodies that are effective against hepatitis C, once it has taken root in the liver, may work by protecting uninfected liver cells from infection while allowing already infected cells to be cleared from the body.

An additional project is currently evaluating the use of VIP for the prevention of tuberculosis—a particular challenge given the lack of proven tuberculosis-neutralizing antibodies.

"When we started this work, we imagined that it might be possible to use VIP to fight other diseases, so it has been very exciting to see other groups adopting the technique for that purpose," Baltimore says. "If we can get positive clinical results in humans with HIV, we think that would really encourage people to think about using VIP for these other diseases."

Baltimore's work is supported by funding from the National Institute of Allergy and Infectious Disease, the Bill and Melinda Gates Foundation, the Caltech-UCLA Joint Center for Translational Medicine, and a Caltech Translational Innovation Partnership Award. 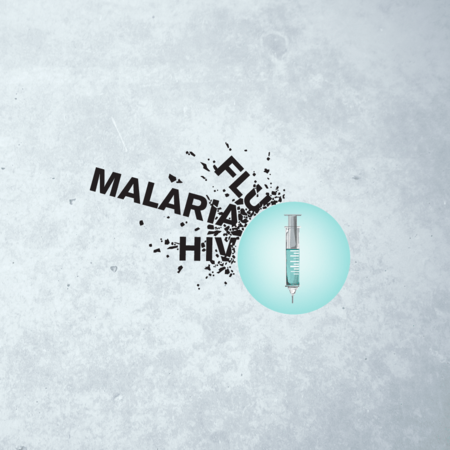 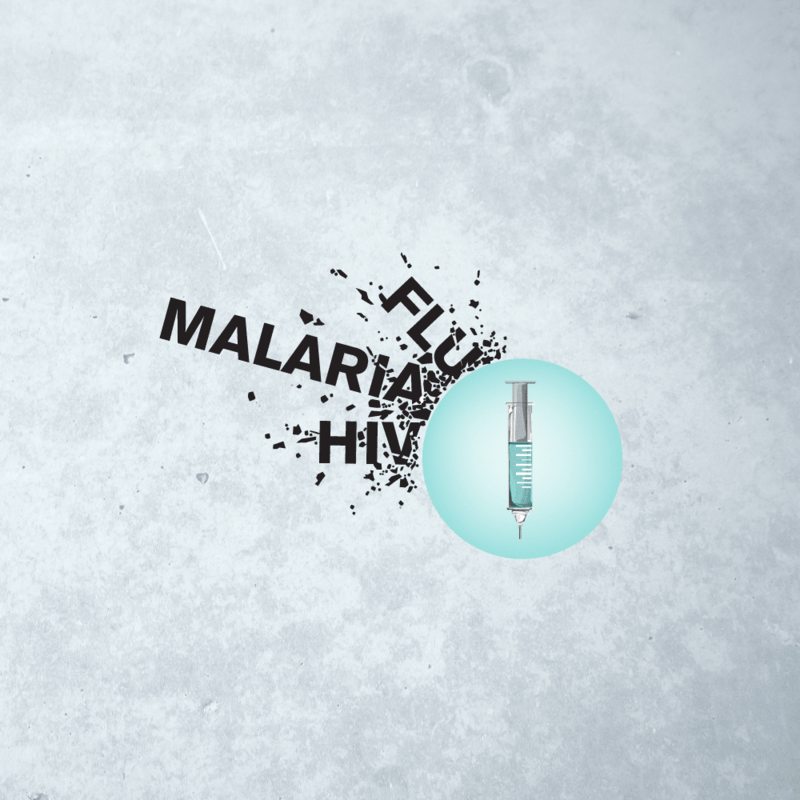