A New Spin to Solving Mystery of Stellar Companions

Taking a picture of an exoplanet—a planet in a solar system beyond our sun—is no easy task. The light of a planet's parent star far outshines the light from the planet itself, making the planet difficult to see. While taking a picture of a small rocky planet like Earth is still not feasible, researchers have made strides by snapping images of about 20 giant planet-like bodies. These objects, known as planetary-mass companions, are more massive than Jupiter, orbit far from the glare of their stars, and are young enough to still glow with heat from their formation—all traits that make them easier to photograph.

But one big question remains: Are these planetary-mass companions actually planets, or are they instead small "failed" stars called brown dwarfs? Brown dwarfs form like stars do—out of collapsing clouds of gas—but they lack the mass to ignite and shine with starlight. They can be found floating on the their own in space, or they can be found orbiting with other brown dwarfs or stars. The smallest brown dwarfs are similar in size to Jupiter and would look just like a planet when orbiting a star.

Researchers at Caltech have taken a new approach to the mystery: they have measured the spin rates of three of the photographed planetary-mass companions and compared them to spin rates for small brown dwarfs. The results offer a new set of clues that hint at how the companions may have formed.

"These companions with their high masses and wide separations could have formed either as planets or brown dwarfs," says graduate student Marta Bryan (MS '14), lead author of a new study describing the findings in the journal Nature Astronomy. "In this study, we wanted to shed light on their origins."

"These new spin measurements suggest that if these bodies are massive planets located far away from their stars, they have properties that are very similar to those of the smallest brown dwarfs," says Heather Knutson, professor of planetary science at Caltech and a co-author of the paper.

The astronomers used the W. M. Keck Observatory in Hawaii—which is managed by Caltech, the University of California, and NASA—to measure the spin rate, or the length of a day, of three planetary-mass companions known as ROXs 42B b, GSC 6214-210 b, and VHS 1256-1257 b. They used an instrument at Keck called the Near Infrared Spectrograph (NIRSpec) to dissect the light coming from the companions. As the objects spin on their axes, light from the side that is turning toward us shifts to shorter, bluer wavelengths, while light from the receding side shifts to longer, redder wavelengths. The degree of this shifting indicates the speed of a rotating body. The results showed that the three companions' spin rates ranged between 6 to 14 kilometers per second, similar to rotation rates of our solar system's gas giant planets Saturn and Jupiter.

The results suggest two possibilities. One is that the planetary-mass companions are actually brown dwarfs. The second possibility is that the companions looked at in this study are planets that formed, just as planets do, out of disks of material swirling around their stars, but for reasons not yet understood, the objects ended up with spin rates similar to those of brown dwarfs. Some researchers think that both newly forming planets and brown dwarfs are encircled by miniature gas disks that might be helping to slow their spin rates. In other words, similar physical processes may leave planets and brown dwarfs with similar spin rates.

"It's a question of nature versus nurture," says Knutson. "Were the planetary companions born like brown dwarfs, or did they just end up behaving like them with similar spins?"

The team also says that the companions are spinning more slowly than expected. Growing planets tend to be spun up by the material they pull in from a surrounding gas disk, in the same way that spinning ice skaters increase their speed, or angular momentum, when they pull their arms in. The relatively slow rotation rates observed for these objects indicate that they were able to effectively put the brakes on this spin-up process, perhaps by transferring some of this angular momentum back to encircling gas disks. The researchers are planning future studies of spin rates to further investigate the matter.

The study, titled, "Constraints on the Spin Evolution of Young Planetary-Mass Companions," was funded by NASA and the Sloan Research Fellowship Program. Other authors include Caltech's Konstantin Batygin (MS '10, PhD '12), assistant professor of planetary science and Van Nuys Page Scholar; Björn Benneke, formerly of Caltech and now of the Institute for research on exoplanets at the University of Montreal; and Brendan Bowler of the University of Texas at Austin. 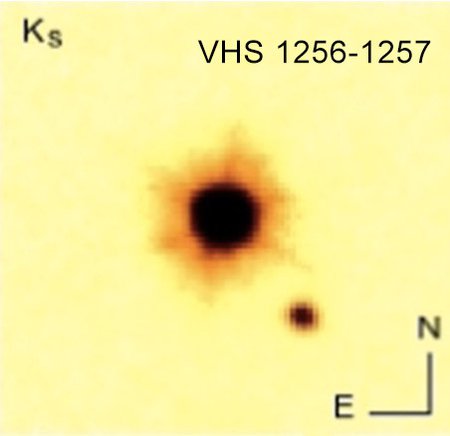 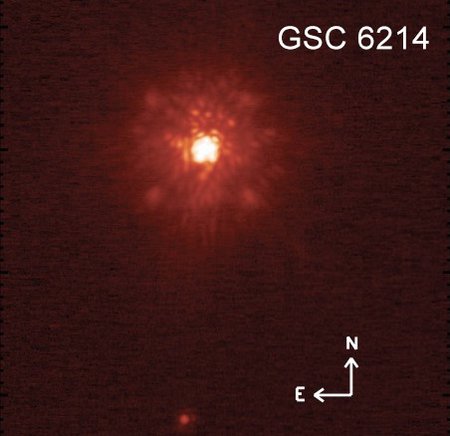 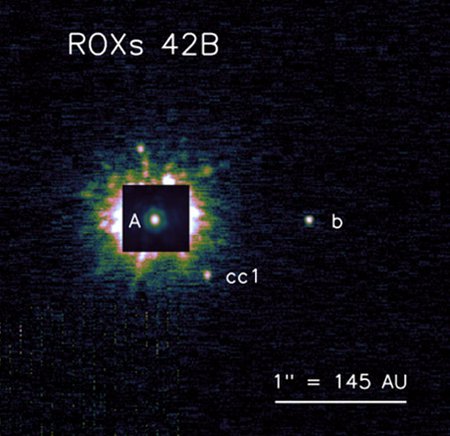 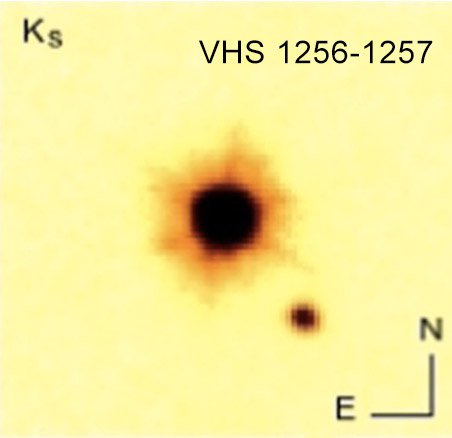 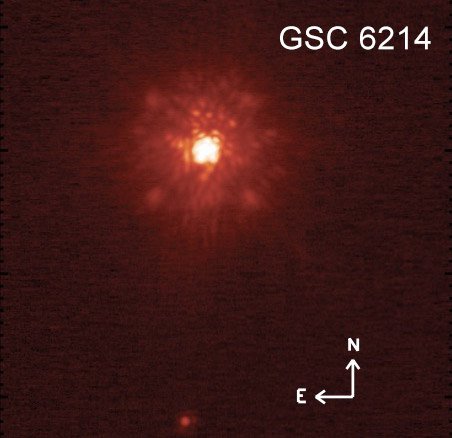 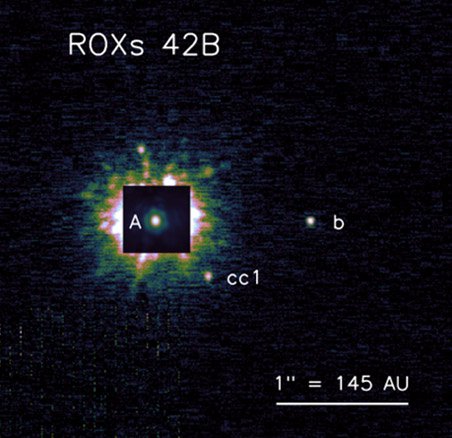