Organic chemistry—the branch that deals with carbon-containing compounds—has intimidated many a student trying to master all of its mechanisms and electron-pushing details. But Gregory C. Fu, the newest member of the Division of Chemistry and Chemical Engineering at Caltech, looks at his discipline in a more creative light. "I think there is an aspect of art to it," Fu says. "It's not a field where you can always use an entirely analytical process to come up with the next experiment. There is some intuition and creativity to it that I have always found attractive."

Fu, the Altair Professor of Chemistry, uses his intuition and creativity to develop new chemical reactions that make chemical conversions more efficient—enabling organic chemists to convert reactants into their desired products in fewer steps or with higher yields than previously possible, for example. He is most interested in reactions that form carbon-carbon bonds and those that control the chirality, or "handedness," of molecules.

Many organic compounds exist in two distinct versions, each having the same chemical formula and bond structure as the other, but with their functional groups in opposite positions in space, making them mirror images of each other. One version can be thought of as right-handed, the other as left-handed.

It is often the case that only one of the two possible hands of a compound can "shake hands" with another chemical and fit appropriately. So, as Fu explains, "We're trying to develop methods to generate molecules that all have the same handedness."

In one effort, Fu's team has developed the first catalytic reaction for controlling the handedness of a family of compounds called aza-beta-lactams (ABLs). These chemicals are closely related to beta-lactams, which include such widely used antibiotics as penicillin. Both beta-lactams and ABLs contain rings of four atoms, the difference being that beta-lactams include only one nitrogen atom within those rings, while ABLs contain two. "Our thought in creating these aza-beta-lactams is that, since they have structural similarities to beta-lactams but contain an additional nitrogen, they might serve different and useful biological purposes."

As it turns out, some of them do. Once Fu's team had prepared some of their ABLs, they wanted to make them available to medicinal chemists and biologists for testing. Fu had heard about the National Institutes of Health Common Fund Molecular Libraries Program, which allows scientists to deposit structurally interesting compounds, while permitting other academic researchers to use high-throughput screening methods to search those thousands of compounds for target molecules that might be important for studies of human health.

Benjamin Cravatt III, professor and chair of the department of chemical physiology at the Scripps Research Institute, was one of those researchers. In 2010, his group was hunting in one of the molecular libraries for possible inhibitors of an enzyme called phosphatase methylesterase (PME-1), which belongs to a family of enzymes called serine hydrolases.

PME-1 modifies another enzyme, called PP2A, in such a way that PP2A becomes unable to perform one of its usual functions—suppressing tumor cells. If you can get PME-1 off PP2A's back, however, PP2A can go back to fighting cancer.

One of Fu's ABLs popped up in Cravatt's search as a potent and highly selective inhibitor of PME-1. Thus far, it has inhibited PME-1 activity in studies in cells and the brains of mice, making it promising as a possible anti-cancer therapy.

Fu's group is continuing this project in new labs in the Warren and Katharine Schlinger Laboratory for Chemistry and Chemical Engineering. They are making related ABLs for Cravatt's group to investigate. "We're looking for inhibitors of other serine hydrolases," Fu says. "It turns out there are many, many serine hydrolases, and many of them don't have known active inhibitors."

Fu has spent his academic career in two cities—Cambridge, Massachusetts, and Pasadena. He earned his BS at the Massachusetts Institute of Technology in 1985 and his PhD at Harvard University in 1991. After that, he spent two years working as a postdoctoral fellow with Bob Grubbs, the Victor and Elizabeth Atkins Professor of Chemistry at Caltech. Then, in 1993, Fu headed back east to join the faculty at MIT. Last year, he came to Caltech as a Moore Distinguished Scholar, and this year he became the Altair Professor of Chemistry. He brought 17 members of his lab with him to Caltech, and has already added several Caltech students to his group.

"I think Caltech has a wonderful intellectual atmosphere—one that is very conducive to research," Fu says.  "After 18-plus years at MIT, I thought it would be healthy to sort of shake things up and try something different." And it does not hurt, he adds, that he gets to leave those cold Cambridge winters behind. 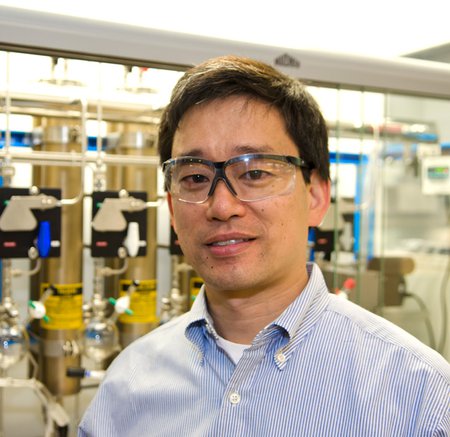 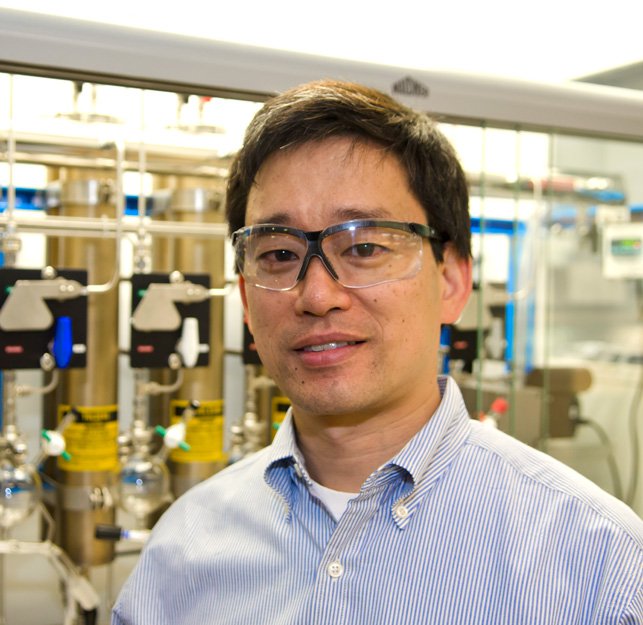