Engineers at Caltech have developed a method for 3-D printing pure and multicomponent metals, at a resolution that is, in some cases, an order of magnitude smaller than previously possible. The process, which uses water-based chemistry and 3-D printing, was described in a paper published in Nature on October 20.

The new process can be used for a variety of metals—even multiple types in the same manufactured part—with only minor adjustments. It has the potential to pave the way for fabricating tiny components for microelectronic mechanical systems (MEMS)—precise components for vehicles and space applications, heat exchangers, or biomedical devices.

In 3-D printing (also known as additive manufacturing) an object is built up layer by layer, allowing for the creation of structures that would be impossible to manufacture by conventional metal-forming methods like forging and inkjet molding, or via subtractive methods such as etching or milling. Current 3-D metal-printing processes use a laser to zap metal powders, which flash melts the metal so it then solidifies into specific shapes. In that way, manufacturers can create structures with a resolution of around 100 microns, which roughly equates to the thickness of two sheets of paper. (The resolution is the scale of the smallest detail the process is capable of producing.)

The problem is that metals, particularly those with high thermal conductivity such as copper, transmit heat so well that even with a finely focused laser, heat spreads out and melts powder outside the desired area, lowering the possible resolution of the print.

A team led by then-graduate students Max Saccone (PhD '22), now a postdoctoral researcher at Stanford University; Rebecca Gallivan (MS '22), now a postdoctoral researcher at ETH Zurich; Daryl Yee (MS '16, PhD '20), incoming assistant Professor at EPFL, Switzerland; and Kai Narita (PhD '21) working in the lab of Caltech's Julia R. Greer, cultivated a different approach to the problem: Instead of writing metals directly, they 3-D print a hydrogel and use it as a scaffold for metal-containing liquid precursors. Narita has launched a start-up company named 3D Architech that is licensing the new technology from Caltech. 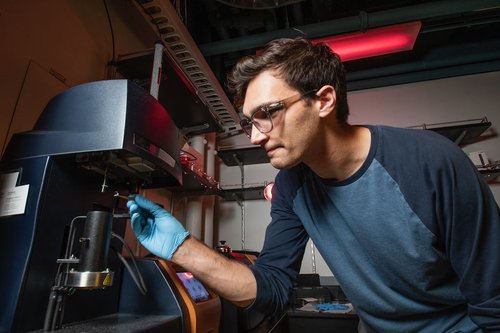 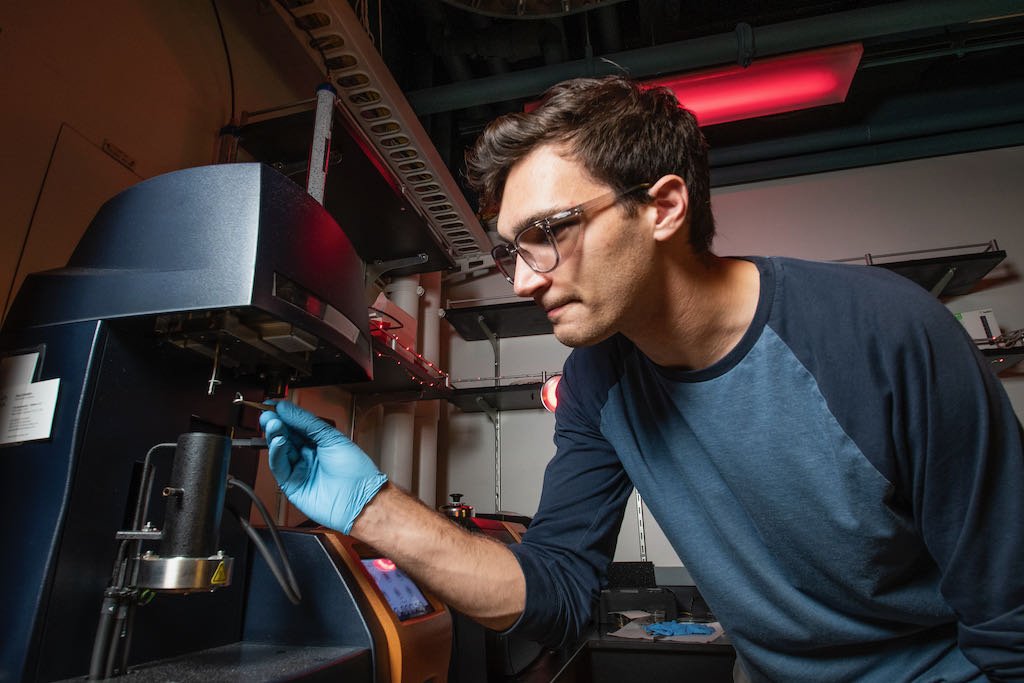 "We had to develop a new way of doing it, and we couldn't rely on heat to build our structures," says Saccone.

Hydrogels are materials made from flexible polymer chains that do not dissolve in water and are used for products such as soft contact lenses. Light from a low-powered ultraviolet lamp is capable of triggering a chemical reaction in liquid polymers, causing them to harden by inducing cross-linking of the polymer chains. If you repeat the process over and over in a specific pattern, you can form desired microscopic shapes. 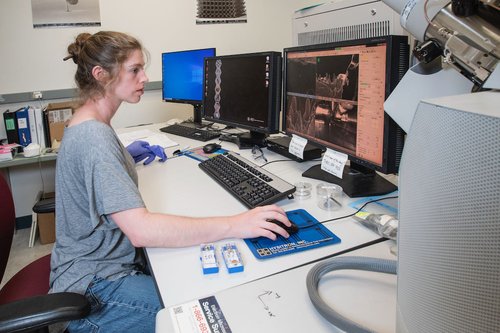 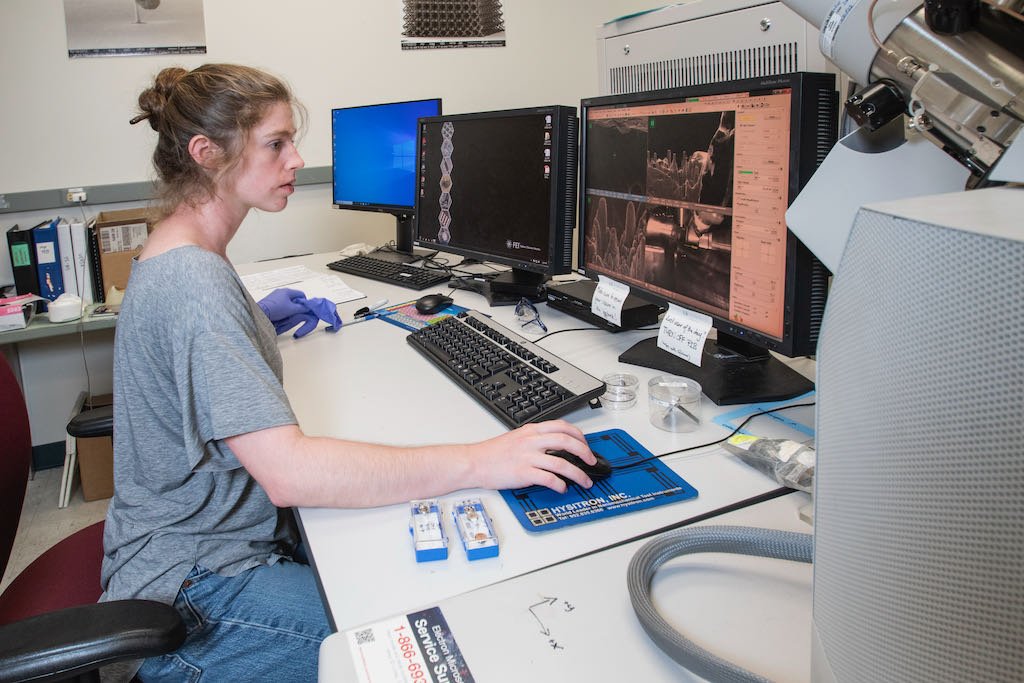 The Caltech researchers then infuse the 3-D printed hydrogel scaffolds with metal salts dissolved in water (think salty water), causing the metal ions to infiltrate the hydrogel—not just coat its surface. Then, in the "reaction" portion of the process, the researchers burn away the hydrogel portion of the structure in a furnace that reaches 700 to 1100 degrees Celsius, depending on the material. Because the melting point of all metals is higher than the combustion temperature of the hydrogel, the metal remains intact.

The heat not only removes the hydrogel, it also causes the overall structure to shrink as the hydrogel burns off, resulting in an even tinier metal structure. With this process, in addition to pure metals, the team can 3-D print metal alloys and multicomponent metallic systems, with feature sizes around 40 microns, or less than half the width of a human hair.

"One of the exciting things is that it works with a variety of metals with just slight tuning of the ‘reaction' phase of the process and creates new opportunities for microscale materials engineering," says Gallivan. While developing the process, the team produced 3-D printed structures made from copper, nickel, silver, and various metal alloys.

"The hydrogel infusion additive manufacturing process, or HIAM, as we coined it, establishes a pathway to create metallic materials in an entirely new, much more environmentally friendly way at unprecedented precision levels," says Greer, the Ruben F. and Donna Mettler Professor of Materials Science, Mechanics and Medical Engineering; Fletcher Jones Foundation Director of the Kavli Nanoscience Institute; and a pioneer in the field of nanoscale- and microscale-architected materials.

The paper is titled "Additive Manufacturing of Micro-Architected Metals Via Hydrogel Infusion." This research was funded by the U.S. Department of Energy, the Resnick Sustainability Institute, the Masason Foundation, and Caltech's AI4Science initiative.