Electronic computing and communications have come a very long way since the days of radio telegraphy and vacuum tubes, with consumer devices now containing levels of processing power and memory that would be unimaginable just a few decades ago.

But as computing and information processing devices get ever smaller and more powerful, they are running into some fundamental limits imposed by the laws of quantum physics. The future of the field may lie in photonics—the light-based parallel to electronics. Photonics is theoretically similar to electronics but substitutes photons for electrons, and photonic devices may be capable of processing data much faster than their electronic counterparts, including for quantum computers.

The field is still very active in fundamental research and lacks crucial devices to become practical. A new photonic chip developed at Caltech may represent an important breakthrough for the field, especially for enabling photonic quantum information processors. It can generate and measure quantum states of light in ways previously only possible with bulky and expensive laboratory equipment.

The chip is based on lithium niobite, a salt whose crystals have many applications in optics. It generates what are known as squeezed states of light on one side of the chip and measures them on the other side. A squeezed state of light is, to put it very simply, light when it has been made less "noisy" on the quantum level. Squeezed states of light have recently been used to increase the sensitivity of LIGO, the observatory that uses laser beams to detect gravitational waves. That same less-noisy state of light is important if you are going to process data with light-based quantum devices.

"The quality of the quantum states we have achieved surpasses the requirements for quantum information processing, which used to be the territory of bulky experimental setups," says Alireza Marandi, assistant professor of electrical engineering and applied physics at Caltech. "Our work marks an important step in generating and measuring quantum states of light in an integrated photonic circuit."

This technology shows a path forward toward the eventual development of quantum optical processors that run at terahertz clock rates, Marandi says. For comparison, that is thousands of times faster than the electronic processor in a MacBook Pro.

Marandi says it is possible that this technology could find practical uses in communications, sensing, and quantum computing in the next five years.

"Optics has been among the promising routes for realization of quantum computers because of several inherent advantages in scalability and ultrafast logical operations at room temperature," says Rajveer Nehra, a postdoctoral scholar and one of the lead authors of the paper. "However, one of the main challenges for scalability has been generating and measuring quantum states with sufficient qualities in nanophotonics. Our work addresses that challenge."

Funding for the research was provided by NTT Research, the Army Research Office, the National Science Foundation, the Air Force Office of Scientific Research, and NASA. 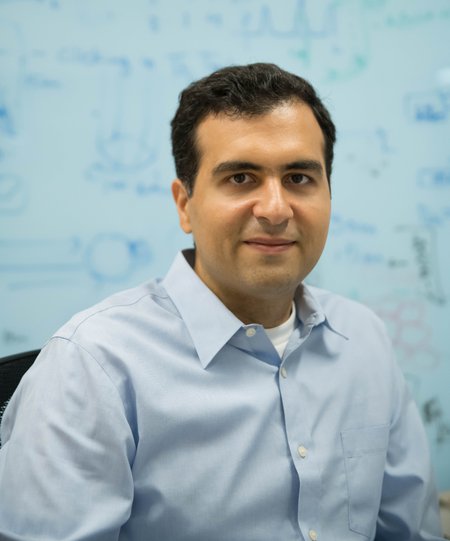