A New Laser for a Faster Internet

A new laser developed by a research group at Caltech holds the potential to increase by orders of magnitude the rate of data transmission in the optical-fiber network—the backbone of the Internet.

The study was published the week of February 10–14 in the online edition of the Proceedings of the National Academy of Sciences. The work is the result of a five-year effort by researchers in the laboratory of Amnon Yariv, Martin and Eileen Summerfield Professor of Applied Physics and professor of electrical engineering; the project was led by postdoctoral scholar Christos Santis (PhD '13) and graduate student Scott Steger.

Light is capable of carrying vast amounts of information—approximately 10,000 times more bandwidth than microwaves, the earlier carrier of long-distance communications. But to utilize this potential, the laser light needs to be as spectrally pure—as close to a single frequency—as possible. The purer the tone, the more information it can carry, and for decades researchers have been trying to develop a laser that comes as close as possible to emitting just one frequency.

Today's worldwide optical-fiber network is still powered by a laser known as the distributed-feedback semiconductor (S-DFB) laser, developed in the mid 1970s in Yariv's research group. The S-DFB laser's unusual longevity in optical communications stemmed from its, at the time, unparalleled spectral purity—the degree to which the light emitted matched a single frequency. The laser's increased spectral purity directly translated into a larger information bandwidth of the laser beam and longer possible transmission distances in the optical fiber—with the result that more information could be carried farther and faster than ever before.

At the time, this unprecedented spectral purity was a direct consequence of the incorporation of a nanoscale corrugation within the multilayered structure of the laser. The washboard-like surface acted as a sort of internal filter, discriminating against spurious "noisy" waves contaminating the ideal wave frequency. Although the old S-DFB laser had a successful 40-year run in optical communications—and was cited as the main reason for Yariv receiving the 2010 National Medal of Science—the spectral purity, or coherence, of the laser no longer satisfies the ever-increasing demand for bandwidth.

"What became the prime motivator for our project was that the present-day laser designs—even our S-DFB laser—have an internal architecture which is unfavorable for high spectral-purity operation. This is because they allow a large and theoretically unavoidable optical noise to comingle with the coherent laser and thus degrade its spectral purity," he says.

The old S-DFB laser consists of continuous crystalline layers of materials called III-V semiconductors—typically gallium arsenide and indium phosphide—that convert into light the applied electrical current flowing through the structure. Once generated, the light is stored within the same material. Since III-V semiconductors are also strong light absorbers—and this absorption leads to a degradation of spectral purity—the researchers sought a different solution for the new laser.

The high-coherence new laser still converts current to light using the III-V material, but in a fundamental departure from the S-DFB laser, it stores the light in a layer of silicon, which does not absorb light. Spatial patterning of this silicon layer—a variant of the corrugated surface of the S-DFB laser—causes the silicon to act as a light concentrator, pulling the newly generated light away from the light-absorbing III-V material and into the near absorption-free silicon.

This newly achieved high spectral purity—a 20 times narrower range of frequencies than possible with the S-DFB laser—could be especially important for the future of fiber-optic communications. Originally, laser beams in optic fibers carried information in pulses of light; data signals were impressed on the beam by rapidly turning the laser on and off, and the resulting light pulses were carried through the optic fibers. However, to meet the increasing demand for bandwidth, communications system engineers are now adopting a new method of impressing the data on laser beams that no longer requires this "on-off" technique. This method is called coherent phase communication.

In coherent phase communications, the data resides in small delays in the arrival time of the waves; the delays—a tiny fraction (10-16) of a second in duration—can then accurately relay the information even over thousands of miles. The digital electronic bits carrying video, data, or other information are converted at the laser into these small delays in the otherwise rock-steady light wave. But the number of possible delays, and thus the data-carrying capacity of the channel, is fundamentally limited by the degree of spectral purity of the laser beam. This purity can never be absolute—a limitation of the laws of physics—but with the new laser, Yariv and his team have tried to come as close to absolute purity as is possible.

These findings were published in a paper titled, "High-coherence semiconductor lasers based on integral high-Q resonators in hybrid Si/III-V platforms." In addition to Yariv, Santis, and Steger, other Caltech coauthors include graduate student Yaakov Vilenchik, and former graduate student Arseny Vasilyev (PhD, '13). The work was funded by the Army Research Office, the National Science Foundation, and the Defense Advanced Research Projects Agency. The lasers were fabricated at the Kavli Nanoscience Institute at Caltech. 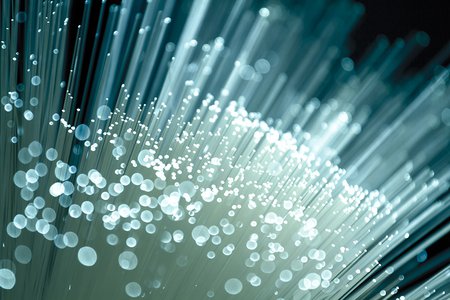 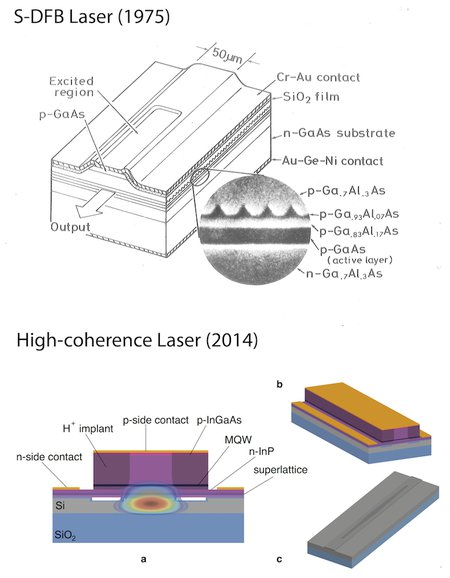 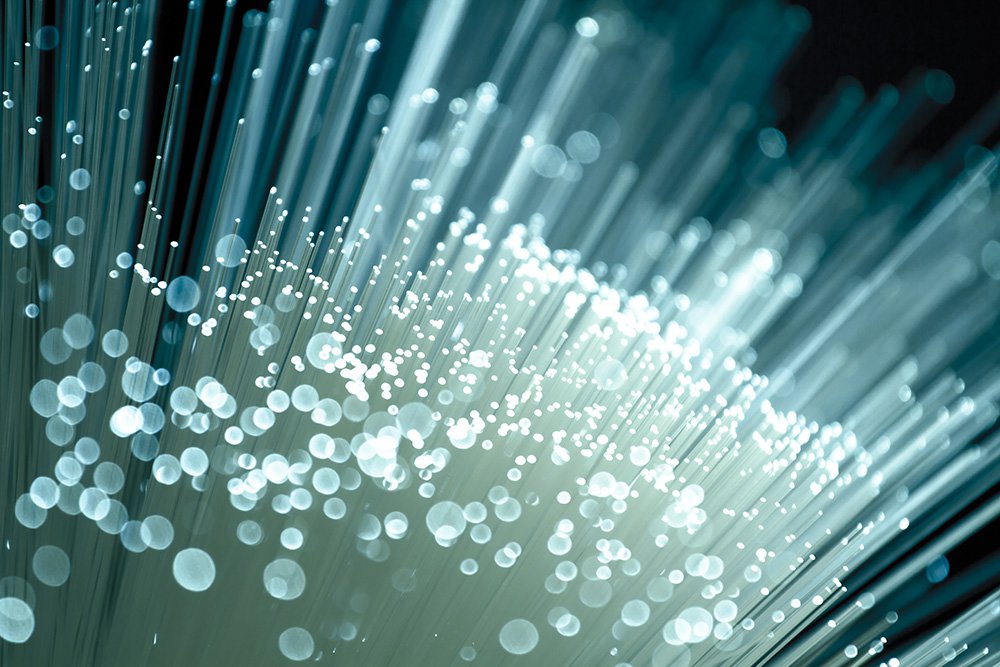 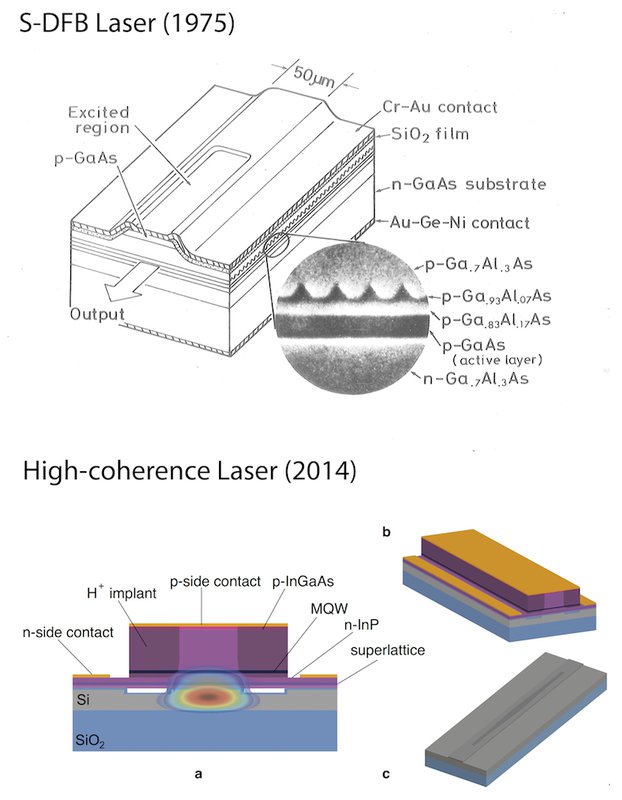