Neuroscientists Find That Status within Groups Can Affect IQ

PASADENA, Calif.—Our cognitive abilities and decision-making skills can be dramatically hindered in social settings where we feel that we are being ranked or assigned a status level, such as classrooms and work environments, according to new findings from a team of researchers from the California Institute of Technology (Caltech) and four other institutions. The finding flies in the face of long-held ideas about intelligence and cognition that regard IQ as a stable, predictive measure of mental horsepower.

"This study tells us the idea that IQ is something we can reliably measure in isolation without considering how it interacts with social context is essentially flawed," says Steven Quartz, professor of philosophy at Caltech and one of the authors of the new study, which appears in the current issue of Philosophical Transactions of The Royal Society B. "Furthermore, this suggests that the idea of a division between social and cognitive processing in the brain is really pretty artificial. The two deeply interact with each other."

"You may joke about how committee meetings make you feel brain-dead, but our findings suggest that they may make you act brain-dead as well," says Read Montague, director of the Human Neuroimaging Laboratory and Computational Psychiatry Unit at the Virginia Tech Carilion Research Institute and corresponding author on the paper.

To investigate the impact of social context on IQ, the researchers divided a pool of 70 subjects into groups of five and gave each individual a computer-based IQ test. After each question, an on-screen ranking showed the subjects how well they were performing relative to others in their group and how well one other person in the group was faring. All of the subjects had previously taken a paper-and-pencil IQ test, and were matched with the rest of the group so that they would each be expected to perform similarly on an IQ test.

At the outset, all of the subjects did worse than expected on this "ranked group IQ task." But some of the subjects, dubbed High Performers, were able to improve over the course of the test while others, called Low Performers, continued to perform below their expected level. By the end of the computer-based test, the scores of the Low Performers dropped an average of 17.4 points compared to their performance on the paper-and-pencil test.

"What we found was that sensitivity to the social feedback of the rankings profoundly altered some people's ability to express their cognitive capacity," Quartz says. "So we get this really quite dramatic downward spiraling of one group purely because of their sensitivity to this social feedback." Since so much of our learning—from the classroom to the work team—is socially situated, this study suggests that individual differences in social sensitivity may play an important role in shaping human intelligence over time.

During the computer-based test, about a third of the subjects underwent brain scans, using functional Magnetic Resonance Imaging (fMRI). This type of imaging allows scientists to track increases in oxygenated blood flow, indicating heightened activity, in the brain. At the start of the test, researchers observed increased activity in all the participants in a brain region called the amygdala, which is associated with fear and emotional arousal. Among High Performers, that activation decreased over time, while it remained steady in Low Performers.

"What is causing the Low Performers to be hindered by the social context is something for follow-up studies, but certainly the suspicion is that it's a dimension of personality that is driving the difference," Quartz says. That dimension could be neuroticism, the tendency to worry or to ruminate about social information. "The pattern of activity that we see originally in both groups, but especially in the low-performing group, is quite similar to the pattern of activity you see in studies looking at the neuroscience of neuroticism."

The idea for the new study came, in part, from a study published in 1999 in which researchers from Emory University examined social rank—a strong and extremely motivating signal among primates. It has long been known that even monkeys that have never met before can quickly sort themselves based on social standing within the group. The Emory researchers isolated low-ranking rhesus monkeys and taught them a learning task. They found that in the presence of high-ranking group members, the monkeys who had learned the task acted as though they were not familiar with it.

"Social rank isn't as well understood in humans," Quartz says. "So we wanted to see what would happen when social rank becomes salient in a group of humans, as it does in most real-world learning environments. We wanted to see if this has an effect on the expression of IQ."

Throughout the 20th century, IQ was used in different arenas as a way of sorting or classifying people into niches. Because people believed it to be a more abstract notion of cognitive ability, it was thought to have strong predictive validity of mental capabilities even from age six. But IQ was always measured in social isolation. "That reflects a long tradition of intellectual history, of considering rationality and cognition to be this isolated process," Quartz says. "But one of the things that we're learning more and more in social neuroscience is the role of our social contexts and the social adaptation of the brain." Understanding the role social context plays and its differential impact on the brain may ultimately help educators and others to design more effective learning environments.

The present study found some unexpected trends, including the tendency for female subjects to be more affected than males by the implicit signaling of social status during the test. Although all of the subjects scored similarly on the paper-and-pencil IQ test, 11 of the 14 Low Performers on the ranked group IQ task were female, while 10 of the 13 High Performers were male. Due to sample size limitations, additional studies are needed to validate the finding and to investigate possible causes.

In addition to Quartz and Montague, additional authors on the paper, "Implicit signals in small group settings and their impact on the expression of cognitive capacity and associated brain responses," are Kenneth Kishida of Virginia Tech Carilion Research Institute, Dongni Yang of the Baylor College of Medicine, and Karen Hunter Quartz of the University of California, Los Angeles. Montague is also affiliated with the Wellcome Trust Centre for Neuroimaging in London. The work was funded by the Wellcome Trust Principal Research Fellowship, the Kane Family Foundation, and the National Institutes of Health. 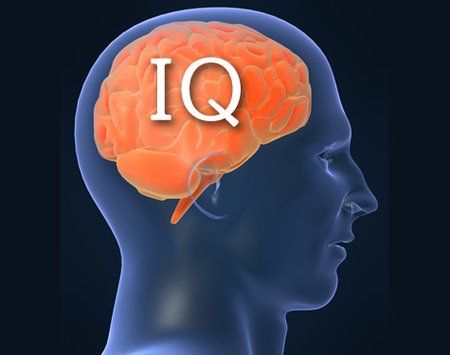 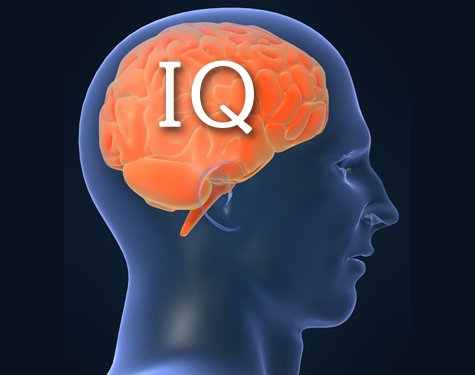