Nature or Nurture? Innate Social Behaviors in the Mouse Brain

Adult male mice have a simple repertoire of innate, or instinctive, social behaviors: When encountering a female, a male mouse will try to mate with it, and when encountering another male, the mouse will attack. The animals do not have to be taught to perform these behaviors. This has led to the widespread presumption among neuroscientists that the brain circuits mediating these behaviors are "hardwired," meaning that they are genetically encoded pathways with little flexibility.

But new research from Caltech neuroscientists shows that these behaviors and the neurons that represent them are not as fixed as previously believed.

The team used mice that had been genetically engineered so that neurons in a specific part of the brain involved in aggression and sexual behavior—the ventromedial hypothalamus (VMH)—would glow green when activated. To visualize this activation, a needle-thin glass lens was inserted into the hypothalamus, and images of flashing neurons were recorded by a miniature, portable microscope attached to the mouse's head. This brain imaging technology was originally developed by Anderson's collaborator at Stanford University, Mark Schnitzer, and obtained through Inscopix.

The Caltech team first set up "resident/intruder tests," in which they imaged the brain of a socially and sexually experienced "resident" mouse in its cage as a single intruder mouse—either a male or a female—was introduced. The researchers found that during its encounters with other mice, one of two distinct sets of neurons in the VMH were activated—one set if the other mouse was a male, and another if it was a female. Though these neurons are spatially intermingled, there is very little overlap between them, like grains of salt and pepper interspersed on a plate.

Just by looking at the activation of these two neural populations, the scientists could reliably determine whether an animal was interacting with a male or a female. These observations seemed to support the idea that these distinct representations of males versus females are hardwired and genetically fixed from birth.

To test this idea more directly, the researchers examined the behaviors of naïve mice—those that had been maintained in isolation since weaning, without any social or sexual experience. If the sex distinction was indeed hardwired, then the researchers should have seen the separate activation of the groups of neurons specific for recognizing males versus females, even during the first encounters between these naïve mice and other male or female intruder mice.

Surprisingly, to the contrary, the neurons of these naïve mice initially were similarly activated when the mice were exposed to either male or to female mice. At the same time, these mice initially exhibited little fighting (with males) or mating (with females) behaviors. Only after repeated social experience—contact with either male or female mice for two minutes, five times a day, for three days—did the separate sets of neurons representing male versus female mice appear. This separation occurred just as the mice began to exhibit aggression toward males and mating with females.

Further studies indicated that social experience with a female seemed to be the key requirement for the mice to develop separate, sex-specific populations of neurons, as well as aggressive behavior. As little as 30 minutes of social interaction with a female, the team found, was enough to make naïve mice aggressive towards males 24 hours later, as well as to cause the separation of male- versus female-specific representations in the mouse's brain. Naïve mice that were exposed only to males did not develop aggressive behaviors, nor did they show this separation.

"The mice do not have sex-specific neurons from birth," says co-first author Ryan Remedios, postdoctoral scholar in biology and biological engineering. "The separation forms as a consequence of social experience, specifically from social experience with a female."

"This is an unexpected discovery," says co-first author Ann Kennedy, a Caltech postdoctoral scholar in biology and biological engineering. "This area of the brain, the ventromedial hypothalamus, is a primitive, ancient region. We used to think of it as the basement of the brain, more like a plumbing system than a computer. Our study shows that this region exhibits plasticity and computation."

"This is basic neuroscience research," says Anderson. "We are studying the nature versus nurture problem: how much of the brain's wiring and the animal's behavior is determined by genetics versus experience. These results reveal that even the circuitry for supposedly innate behaviors is not as hardwired as previously thought. This finding raises a whole new set of questions about how exactly social interactions with female mice can cause a change in patterns of brain activity and promote aggressiveness."

"The fact that there is a very close anatomical relationship between cells encoding sex and aggression is biologically very important because these primitive behaviors are essential for survival," Anderson adds. "It also raises the question of whether people that exhibit violent sexual behavior are somehow 'getting their neural wires crossed.' If this were true, then someday we might be able to treat someone who's a habitual violent sexual offender by functionally disentangling their neurons. But this is currently just an idea, and any therapies based on this research are a long way off." 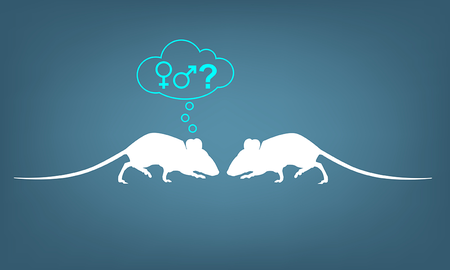 The brain circuitry that controls innate, or instinctive, behaviors such as mating and fighting was thought to be genetically hardwired. New findings from the Anderson laboratory suggest that this is not the case. Credit: Caltech
Image Lightbox 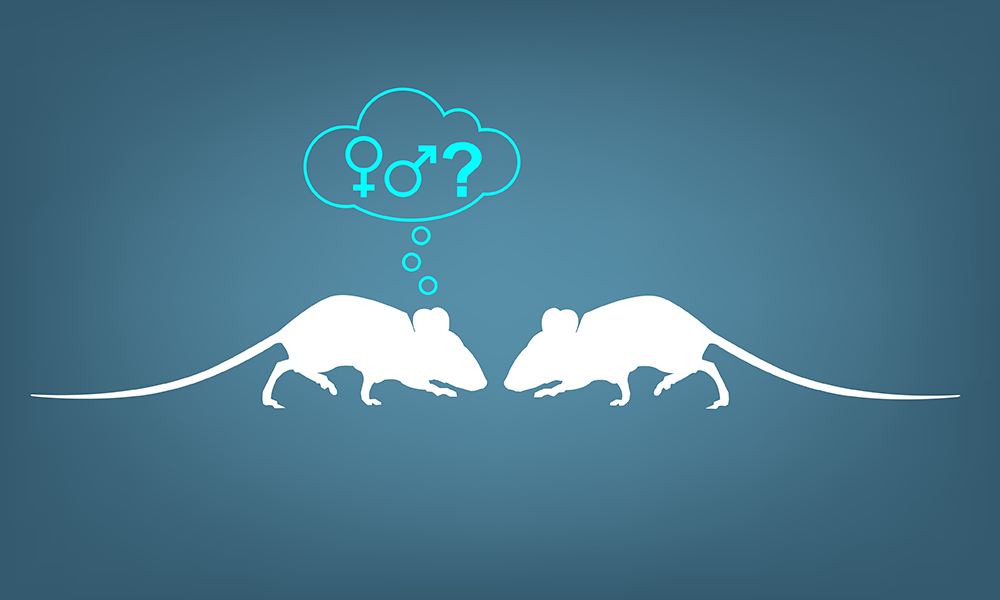 The brain circuitry that controls innate, or instinctive, behaviors such as mating and fighting was thought to be genetically hardwired. New findings from the Anderson laboratory suggest that this is not the case.
Credit: Caltech
Download Full Image
Subscribe
The Caltech Weekly