A naturally occurring injection of underground fluids drove a four-year-long earthquake swarm near Cahuilla, California, according to a new seismological study that utilizes advances in earthquake monitoring with a machine-learning algorithm. In contrast to mainshock/aftershock sequences, where a large earthquake is followed by many smaller aftershocks, swarms typically do not have a single standout event.

The study, published on June 18 in the journal Science, illustrates an evolving understanding of how fault architecture governs earthquake patterns. "We used to think of faults more in terms of two dimensions: like giant cracks extending into the earth," says Zachary Ross, assistant professor of geophysics and lead author of the Science paper. "What we're learning is that you really need to understand the fault in three dimensions to get a clear picture of why earthquake swarms occur."

The Cahuilla swarm, as it is known, is a series of small temblors that occurred between 2016 and 2019 near Mt. San Jacinto in Southern California. To better understand what was causing the shaking, Ross and colleagues from Caltech, the United States Geological Survey (USGS), and the University of Texas at Austin used earthquake-detection algorithms with deep neural networks to produce a highly detailed catalog of more than 22,000 seismic events in the area ranging in magnitude from 0.7 to 4.4.

When compiled, the catalog revealed a complex but narrow fault zone, just 50 meters wide with steep curves when viewed in profile. Plotting those curves, Ross says, was crucial to understanding the reason for the years of regular seismic activity.

Typically, faults are thought to either act as conduits for or barriers to the flow of underground fluids, depending on their orientation to the direction of the flow. While Ross's research supports that generally, he and his colleagues found that the architecture of the fault created complex conditions for underground fluids flowing within it. 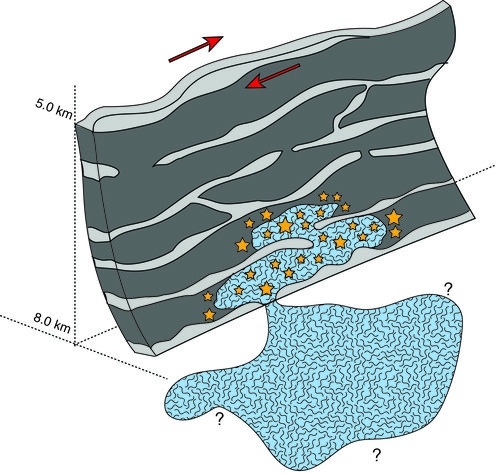 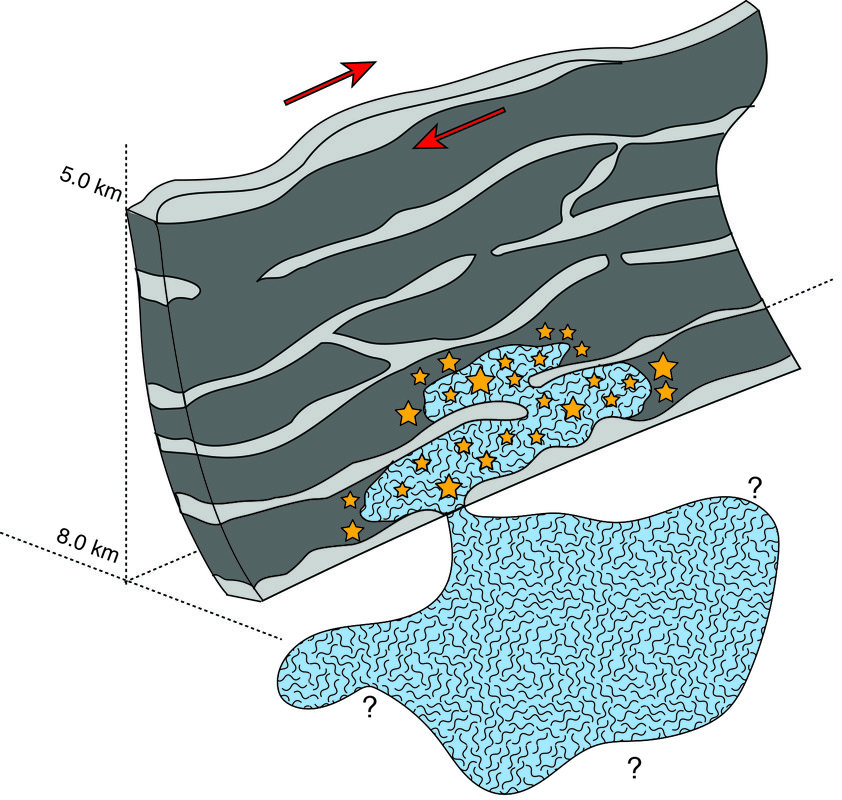 The researchers noted the fault zone contained undulating subterranean channels that connected with an underground reservoir of fluid that was initially sealed off from the fault. When that seal broke, fluids were injected into the fault zone and diffused through the channels, triggering earthquakes. This natural injection process was sustained over about four years, the team found.

"These observations bring us closer to providing concrete explanations for how and why earthquake swarms start, grow, and terminate," Ross says.

Next, the team plans to build off these new insights and characterize the role of this type of process throughout the whole of Southern California.

The study is titled "3D fault architecture controls the dynamism of earthquake swarms." Co-authors include Caltech postdoctoral scholar Jonathan D. Smith, Elizabeth S. Cochran of the USGS, and Daniel T. Trugman of the University of Austin at Texas and the Los Alamos National Laboratory. This research was funded by the Southern California Earthquake Center.