Scientists with NASA's Perseverance Mars rover mission have discovered that the bedrock their six-wheeled explorer has been driving on since landing in February likely formed from red-hot magma. The discovery has implications for understanding and accurately dating critical events in the history of Jezero Crater – as well as the rest of the planet.

The team has also concluded that rocks in the crater have interacted with water multiple times over the eons and that some contain organic molecules.

These and other findings were presented today during a news briefing at the American Geophysical Union fall science meeting in New Orleans.

Even before Perseverance touched down on Mars, the mission's science team had wondered about the origin of the rocks in the area. Were they sedimentary – the compressed accumulation of mineral particles possibly carried to the location by an ancient river system? Or where they igneous, possibly born in lava flows rising to the surface from a now long-extinct Martian volcano?

"I was beginning to despair we would never find the answer," said Ken Farley, the W.M. Keck Foundation Professor of Geochemistry and Perseverance Project Scientist. "But then our PIXL instrument got a good look at the abraded patch of a rock from the area nicknamed 'South Séítah,' and it all became clear: The crystals within the rock provided the smoking gun."

This graphic depicts Perseverance’s entry into “Séítah” from both an orbital and subsurface perspective. (Credit: NASA/JPL-Caltech/University of Arizona/USGS/FFI) 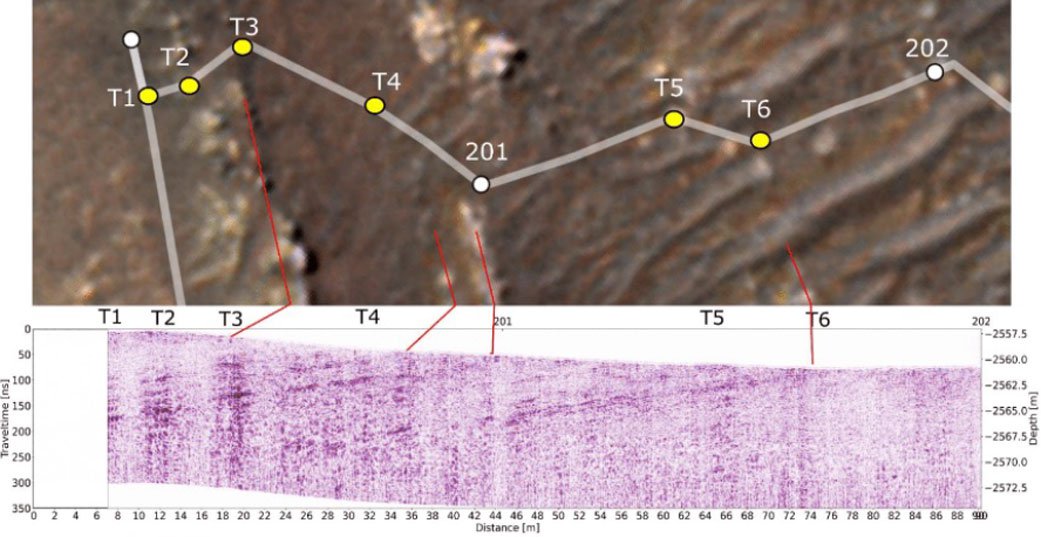