NASA has selected a new Caltech-led space mission that will help astronomers understand both how our universe evolved and how common the ingredients for life are in our galaxy's planetary systems.

The Spectro-Photometer for the History of the Universe, Epoch of Reionization and Ices Explorer mission (SPHEREx) is a planned two-year mission funded at $242 million (not including launch costs) and targeted to launch in 2023. The mission is led by James (Jamie) Bock, a professor of physics at Caltech and senior research scientist at the Jet Propulsion Laboratory (JPL), which is managed by Caltech for NASA. SPHEREx is managed by JPL.

The SPHEREx mission, part of NASA's Explorer Program, will study the history of galaxies and the origin of our universe as well as the origin of water in planetary systems. It will survey the entire sky four times in optical and infrared light, capturing detailed spectral information about hundreds of millions of stars and galaxies.

"With this announcement, we look forward to building SPHEREx," says Bock. "SPHEREx will explore the beginning of the universe, the history of galaxy formation, and the role of interstellar ices during the birth of new stars and planets, while providing a unique all-sky data set for astronomy."

"We're all very excited to continue our tradition of Caltech-JPL partnerships on astrophysics Explorer missions, starting with GALEX, then NuSTAR, and now SPHEREx," says Fiona Harrison, the Benjamin M. Rosen Professor Physics at Caltech; Kent and Joyce Kresa Leadership Chair, Division of Physics, Mathematics and Astronomy; and the principal investigator of NuSTAR. "Explorers enable cutting-edge science implemented on a rapid timescale. These missions offer our students, postdocs, and young researchers the opportunity to get involved in space missions that they can see launch within their time at Caltech."

SPHEREx will survey some galaxies so distant, their light has taken 10 billion years to reach Earth. In the Milky Way, the mission will search for water and organic molecules—essentials for life as we know it—in stellar nurseries, regions where stars are born from gas and dust as well as in disks around stars where new planets could be forming. Most of the water available to star-forming systems is actually in the form of ices, and it is thought that interstellar ices delivered water to a young Earth, forming the oceans.

The mission will create a map of the entire sky in 96 different color bands, far exceeding the color resolution of previous all-sky maps. It also will identify targets for more detailed study by future missions, such as NASA's James Webb Space Telescope and Wide Field Infrared Survey Telescope.

"I'm really excited about this new mission," said NASA administrator Jim Bridenstine in a news release. "Not only does it expand the United States' powerful fleet of space-based missions dedicated to uncovering the mysteries of the universe, it is a critical part of a balanced science program that includes missions of various sizes." 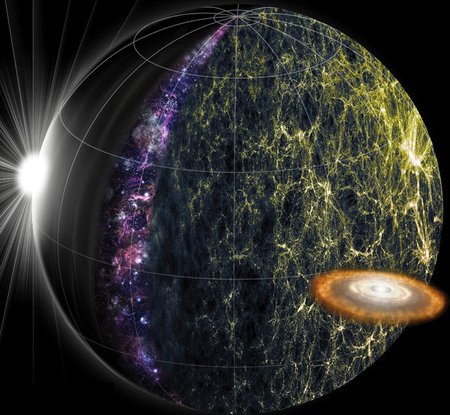 The SPHEREx mission will study the history of galaxies, and the origin of our universe as well as the origin of water in planetary systems. Credit: NASA/JPL-Caltech
Image Lightbox 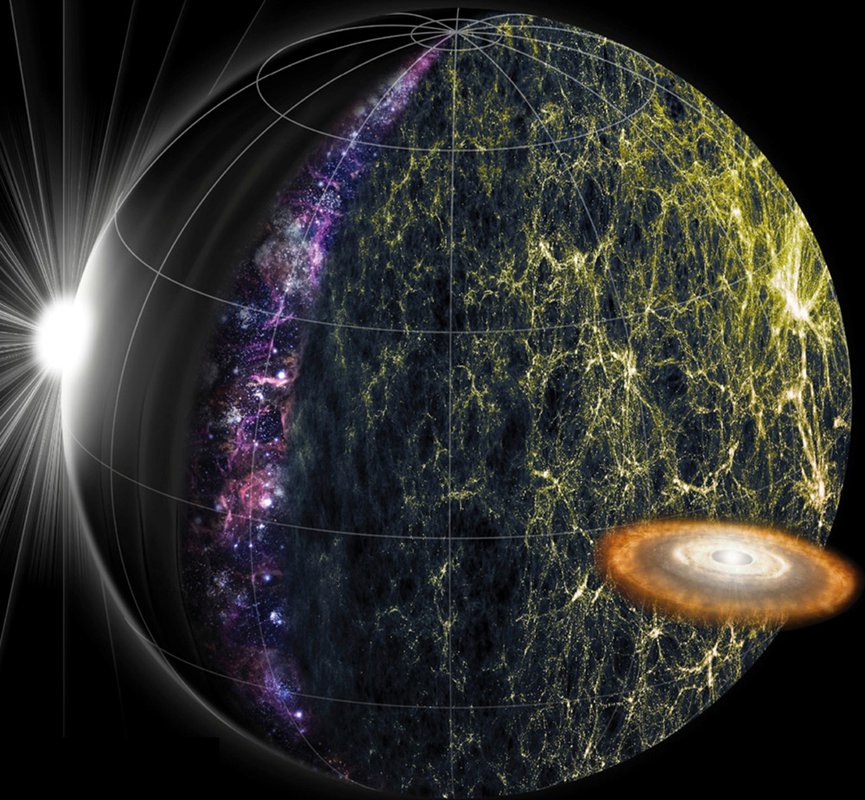 The SPHEREx mission will study the history of galaxies, and the origin of our universe as well as the origin of water in planetary systems.
Credit: NASA/JPL-Caltech
Download Full Image
Subscribe
The Caltech Weekly