In November, NASA announced that the upcoming Mars 2020 rover mission will be sent to Jezero Crater, a 28-mile-wide feature on the western edge of Isidis Planitia, a giant impact basin just north of the Martian equator.

The decision to go to Jezero Crater was the subject of much debate among Mars 2020 scientists. In the end, it came down to a choice between two highly favored landing sites, Jezero and a nearby site called Northeast Syrtis, each of which presented different research opportunities. To determine which to target, the Mars 2020 team relied on assistance from the Bruce Murray Laboratory for Planetary Visualization at Caltech, where researchers compiled disparate data sets about Mars to create multilayered, easy-to-read maps of the landing sites and a 3-D visualization tool.

"The Murray Lab was incredibly helpful as we determined where to go in 2020," says Ken Farley, the W. M. Keck Foundation Professor of Geochemistry and project scientist for Mars 2020 at JPL, which Caltech manages for NASA. "The lab has the ability to assemble and manipulate the data in a way that makes it accessible to anyone regardless of their background."

Known as the Murray Lab for short, the facility was established on the second floor of the Charles Arms Laboratory of the Geological Sciences in 2016 to develop next-generation image-processing capabilities for planetary scientists. The facility is named for the late planetary science pioneer Bruce Murray, a faculty member at Caltech for nearly 50 years and director of JPL from 1976 to 1982. On the surface, the lab appears to be just a room with an enormous TV, a long couch, and a lot of computer servers humming away in the background. In reality, it is both a state-of-the-art image-processing facility and meeting space for examining and discussing those images.

For the Mars 2020 mission, a team led by Murray Lab manager Jay Dickson, research scientist in image processing, processed hundreds of gigabytes of data from NASA—images, topographical maps, thermal data, and so on—into files that can be opened using Google Earth. Scientists could do flyovers and generate perspective views based on the data in a free, easy-to-use interface.

"It's not that easy to just look at images of Mars in a useful way," says Dickson, who was brought on to the Mars 2020 working group during the summer of 2017. A challenge was that most of the available information about the potential landing sites was gleaned from satellite measurements, and yet many of the scientists tasked with helping to decide which landing site to choose were geologists more used to working directly with samples or in a landscape, not studying it from above.

To overcome that, the Murray Lab team first stitched together images captured by the Context Camera (CTX) on JPL's Mars Reconnaissance Orbiter (MRO) and then folded in information from disparate data sets—mineralogy data, for example, and temperature maps that reveal whether a patch of ground is rock or soil.

The final product, which allows users to navigate a region and seamlessly call up relevant data, represents a democratization of information processing, because it allows a more diverse group of researchers to make informed decisions about the landing site regardless of their skill set, says Bethany Ehlmann, a professor of planetary science, JPL research scientist, and member of the Mars 2020 team. "The Murray Lab allowed more people on the Mars 2020 team to get involved in evaluating landing sites."

The Murray Lab's involvement did not end with the creation of these multilayered maps. They also developed a 3-D visualization tool that could be viewed at the Murray Lab. As the home to an 84-inch, 4K resolution 3-D display, the Murray Lab became a regular meeting spot where Mars 2020 scientists could "fly" around the landscapes of the two main potential landing sites (as well as a third, "Midway," located midway between the two) and debate their merits.

The Mars 2020 team finally arrived at what Farley calls an "excellent compromise" solution. The rover, which will collect and ultimately cache samples for possible retrieval by a future mission, will land at Jezero and—if the mission lasts long enough—eventually head toward Midway.

"We know how to land at both locations, so the cache would be safe at either place. And the value of multiple cached samples would be enhanced beyond what you'd get at any one landing site," Farley says.

Sample retrieval aside, the Murray Lab has changed the way that landing sites will be evaluated, which could bring more potential partners into the lab for future projects, Dickson says. "This has been a great vehicle for introducing people to the lab," he says.

All high-resolution data produced by The Murray Lab are available for streaming using Google Earth through the Murray Lab's website (murray-lab.caltech.edu/Mars2020/). The Murray Lab has received support from Foster and Coco Stanback and the Twenty-Seven Foundation. 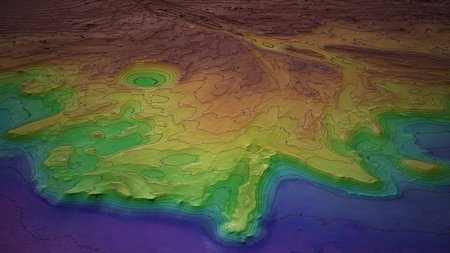 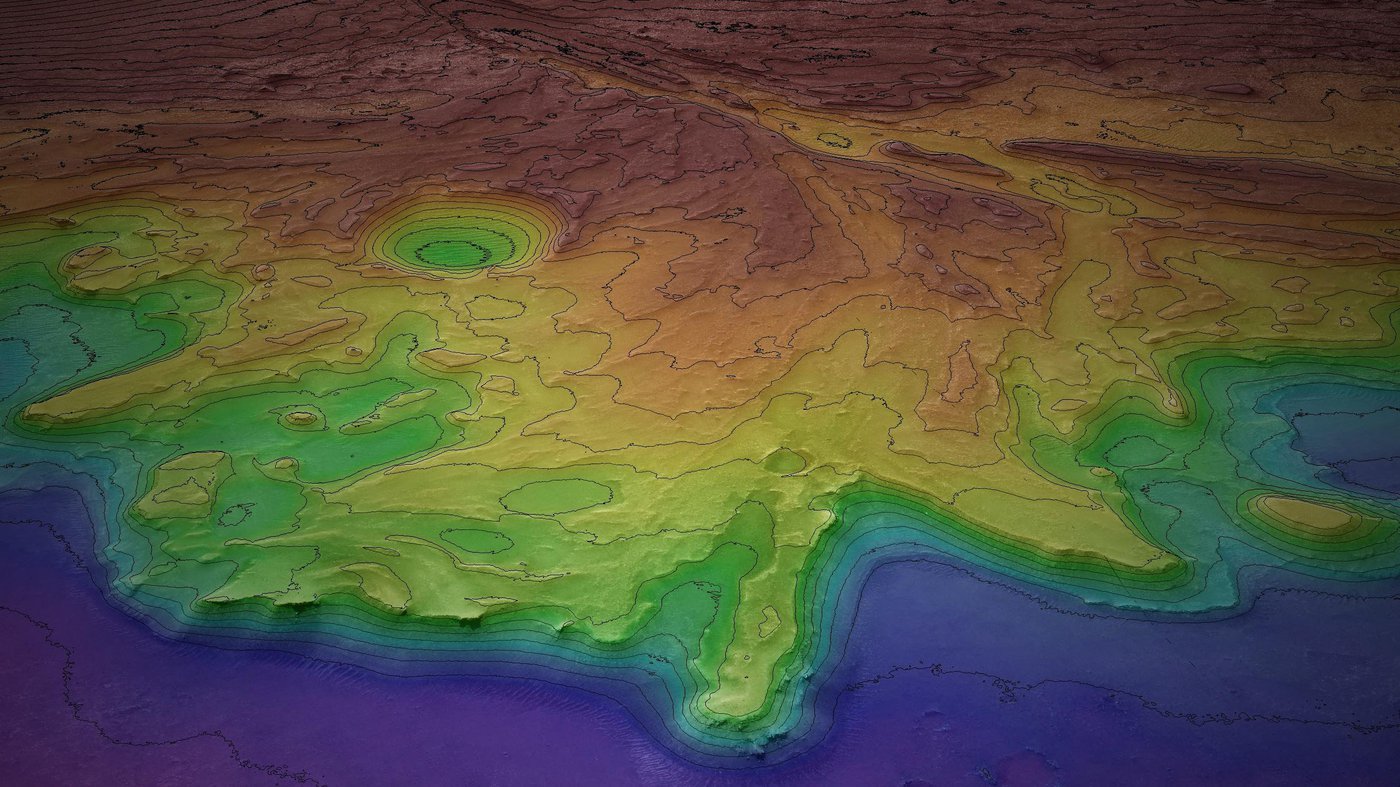