For over 150 years, geologists have debated how and when one of the most dramatic features on our planet—the Grand Canyon—was formed. New data unearthed by researchers at the California Institute of Technology (Caltech) builds support for the idea that conventional models, which say the enormous ravine is 5 to 6 million years old, are way off.

In fact, the Caltech research points to a Grand Canyon that is many millions of years older than previously thought, says Kenneth A. Farley, Keck Foundation Professor of Geochemistry at Caltech and coauthor of the study. "Rather than being formed within the last few million years, our measurements suggest that a deep canyon existed more than 70 million years ago," he says.

Farley and Rebecca Flowers—a former postdoctoral scholar at Caltech who is now an assistant professor at the University of Colorado, Boulder—outlined their findings in a paper published in the November 29 issue of Science Express.

Building upon previous research by Farley's lab that showed that parts of the eastern canyon are likely to be at least 55 million years old, the team used a new method to test ancient rocks found at the bottom of the canyon's western section. Past experiments used the amount of helium produced by radioactive decay in apatite—a mineral found in the canyon's walls—to date the samples. This time around, Farley and Flowers took a closer look at the apatite grains by analyzing not only the amount but also the spatial distribution of helium atoms that were trapped within the crystals of the mineral as they moved closer to the surface of the earth during the massive erosion that caused the Grand Canyon to form.

Rocks buried in the earth are hot—with temperatures increasing by about 25 degrees Celsius for every kilometer of depth—but as a river canyon erodes the surface downwards towards a buried rock, that rock cools. The thermal history—shown by the helium distribution in the apatite grains—gives important clues about how much time has passed since there was significant erosion in the canyon.

"If you can document cooling through temperatures only a few degrees warmer than the earth's surface, you can learn about canyon formation," says Farley, who is also chair of the Division of Geological and Planetary Sciences at Caltech.

The analysis of the spatial distribution of helium allowed for detection of variations in the thermal structure at shallow levels of Earth's crust, says Flowers. That gave the team dates that enabled them to fine-tune the timeframe when the Grand Canyon was incised, or cut.

"Our research implies that the Grand Canyon was directly carved to within a few hundred meters of its modern depth by about 70 million years ago," she says.

Now that they have narrowed down the "when" of the Grand Canyon's formation, the geologists plan to continue investigations into how it took shape. The genesis of the canyon has important implications for understanding the evolution of many geological features in the western United States, including their tectonics and topography, according to the team.

"Our major scientific objective is to understand the history of the Colorado Plateau—why does this large and unusual geographic feature exist, and when was it formed," says Farley. "A canyon cannot form without high elevation—you don't cut canyons in rocks below sea level. Also, the details of the canyon's incision seem to suggest large-scale changes in surface topography, possibly including large-scale tilting of the plateau."

"Apatite 4He/3He and (U-Th)/He evidence for an ancient Grand Canyon" appears in the November 29 issue of the journal Science Express. Funding for the research was provided by the National Science Foundation. 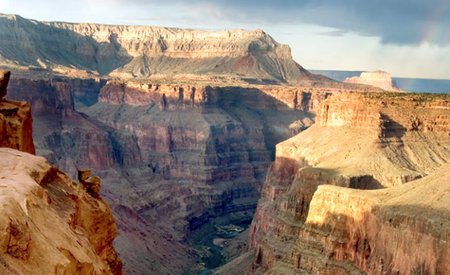 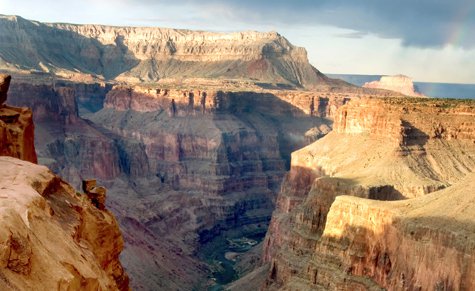