It is easy to assert offhandedly that the president made a particular decision in order to undermine Congress, or that Congress's latest bill is simply an attempt to bypass the Supreme Court. It is much harder to prove whether such arguments are accurate. After all, it is usually impossible to test such claims in a controlled manner. Still, some political scientists—such as Alexander Hirsch, a new associate professor of political science at Caltech—are using tools first developed by economists to do just that, creating mathematical models of these arguments. The models then serve as virtual laboratories that political scientists can use to test assumptions and identify implications.

Before coming to Caltech in August, Hirsch was an assistant professor of politics and public affairs at Princeton University. He earned his undergraduate degree in political science and economics at Yale University in 2003 and completed his doctoral work in political economics at Stanford Graduate School of Business in 2010.

Hirsch can often be found on campus with his dog, a goldendoodle named Baci, nearby. We recently sat down to talk with him about using models to study political behavior, why he is thrilled to be at Caltech, and where his research is headed.

What is the focus of your work?

I study simple, or toy, mathematical models of strategic behavior—game theoretic models as developed in economics, applied to political questions. The way I think about this kind of work is that when people study politics or they study elections, or they say that Obama chose to do this or the Republican Party is doing that, they're just making arguments about causal relationships. And those arguments are not really any different from the arguments that scientists make—you have assumptions, and you have implications. A and b implies c. If Obama wants a and thinks the Republican Party operates in b way, it suggests that c is the right strategic action for him to take. Those of us who use models are just subjecting those kinds of arguments to some mathematical rigor.

What do you gain from such modeling?

I think this is a valuable approach for a few reasons: First, people can be very sloppy about the arguments they make about why politics operates the way it does. Formalizing your logic forces you to be much more careful.

There are several things. One is that although many people don't know it, Caltech incubated this type of political-science modeling work early on, and the intellectual giants of the field were—or, in several cases are—here. It was an honor to have been invited to come and participate in that work.

An anecdote from teaching my first quarter here illustrates my point. It was around midterm time, and the students came in looking really exhausted. So I said, "Oh, I guess it's midterm time, so things are tough." And they said, "Well, actually, NSF grant deadlines are this week, so we were up all night."

Where does your passion for research come from?

My dad is a physicist and a theorist, so I grew up in a household in which academia was certainly respected as a profession. But the truth is that I wasn't really interested in pursuing an academic career for most of my childhood or even college. I gravitated a little bit more toward music and literature and stuff like that, none of which I pursued in a very serious way.

In college, I took some computer science courses and some math courses, but I was always interested in politics. Eventually, I started to take classes in economics, and I started seeing game theory taught by people who were interested in political applications. I found it very intellectually appealing that you could have these little mathematical toy models that look silly, but can say very surprising and in some cases deep things in this very controlled environment of the model.

So I saw economics and thought, "These tools are really cool and very rigorous and fun," and I saw political science and said, "These are interesting questions that I care about." So I started to gravitate in a direction where I could combine the two.

What are some of the specific topics you have researched using this approach?

I currently have a big research agenda on the incentives that legislators have to invest in developing expertise or developing new policy proposals. When will they want to put in a lot of effort versus very little effort to become an expert in an area or to develop new policies?

How do you write down a mathematical model about something like that?

Well, you're not trying to write a model that explains the world. You're just trying to write down the simplest possible structure that captures the types of political behaviors that you think are interesting.

In this case, the model that I wrote included just two possible policies: a and b. In the real world, of course, there are lots of possible policies, but we don't need to model all of those to try to understand what some of the political incentives are. In the model, there are two outcomes that can result from each of those policies—success or failure. I assign a utility of zero if the policy fails, and some number greater than zero if it succeeds. Then you need people to have the opportunity to learn, so you model a game in which people make the decision twice. They make their first choice and see what happened, then they use Bayes's rule—a simple mathematical theorem—to update their beliefs about which of the two alternatives is the right one, and then make the decision again.

The point is to predict patterns of what might come out of these incentives. It's not like modeling an atmospheric system; I'm not going to be able to make very precise estimates about what Congress is going to do tomorrow. It's to try to understand how these pieces fit together and what these assumptions might imply about the behavior of political actors.

What questions are you currently modeling?

There is an extensive literature in economics and in political science that tries to understand the nature of lobbying. Why does lobbying work the way it does? Why is lobbying effective? What are interest groups doing that legislators are responding to?

But there isn't a lot of literature on the lobbyists themselves. I am starting a project with Pablo Montagnes of the University of Chicago to try to understand the strategic incentives of lobbyists. Part of the focus is to try to understand the importance of the political ideology of a lobbyist. If you look at the available data, lobbyists look like passionate participants in the political process who have very real preferences about what government should look like, and not just like mercenaries who are willing to take sacks of cash to represent any interest group.

It's still very early, and we're working on the model. But we think that ideology plays a big role in what preserves a lobbyist's ability to represent you while also getting cash for it—it's what protects them from the incentive to take cash from anybody.

What do you do outside of work?

We have a very domestic life. My wife, Melanie, and I hang out with the junior faculty here. We like to eat at good restaurants. We've also been hiking a lot since we moved to L.A. We've hiked Echo Mountain maybe 12 times already. And we hang out with the dog. 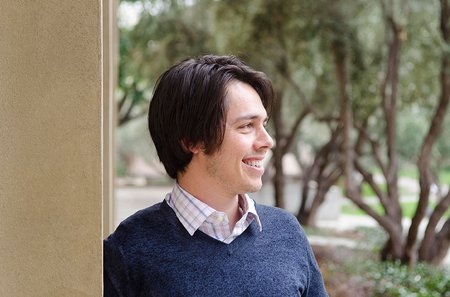 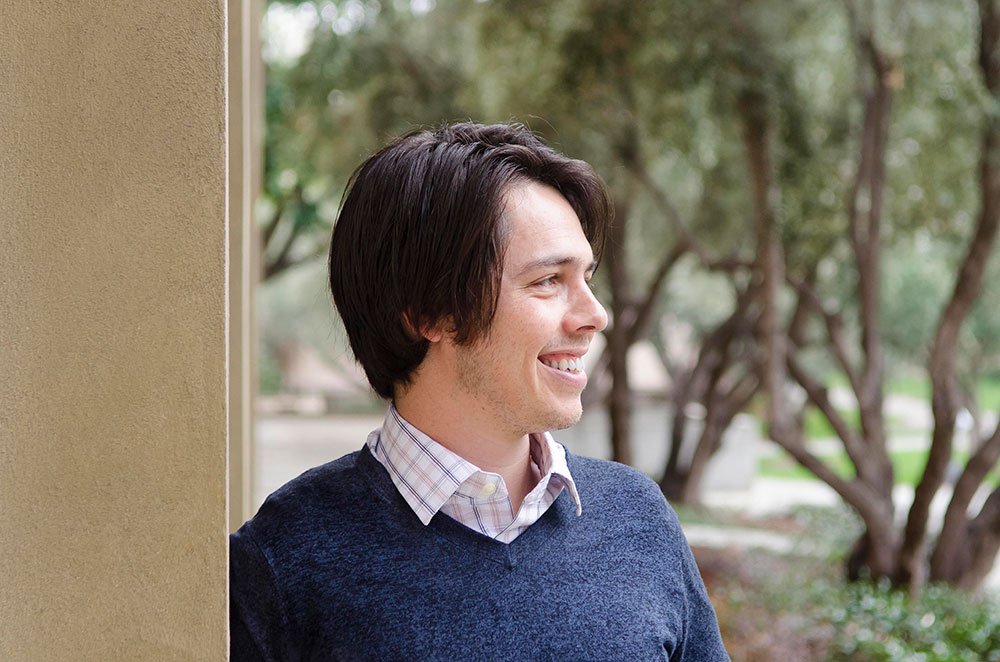