After the financial crisis of 2008, many of the world's financial markets shut down—a response that surprised experts. "This was something that most theoretical models would not have predicted," says Chris Shannon, the Richard Merkin Professor of Economics and Mathematics.

Shannon, who arrived on campus in mid-January, is one of Caltech's newest faculty members. Her research involves developing mathematical models to understand financial markets and other mechanisms that allocate goods, such as auctions. "I work at the intersection of economics and math," she says, and while her work is highly abstract and theoretical—her papers are often filled with theorems and proofs—her ideas have plenty of real-world implications.

For example, some of the models she works with try to predict how markets would react to uncertainties or new information. Although most models did not predict a widespread shutdown in trade, which was what happened in 2008, one of Shannon's models actually did. "Some of my work suggested that that's exactly what would happen in response to the financial crisis," she says. But, she cautions, that's not to say that she foresaw the crisis—just that such a shutdown was possible, based on a generalized, theoretical model.

Shannon loves her work because it requires mathematical rigor and has implications for society, she says. "I started out interested in math; I was a math major," she says. "Then I became a little more interested in problems that had to do with applications to social problems." That led her to study income inequality while an undergraduate at the University of Kansas, and eventually to a second major in economics.

She then went to Stanford University, receiving a master's degree in mathematics in 1991 and then a PhD in economics in 1992. She then joined the faculty of the University of California, Berkeley, remaining there until coming to Caltech this year.

"One of the very attractive aspects of Caltech is the intense focus on science, and the opportunity for a lot of very exciting interdisciplinary work," she explains. Although she's not collaborating just yet, she says she's excited to work with Caltech's economists, mathematicians, and even computer scientists. And she's not just looking forward to working with other faculty. "The students are incredibly gifted, so that's also a big attraction." Another advantage of Caltech, she says, is its "unparalleled support for faculty research."

Although Shannon is a native of Kansas, she's come to love California, enjoying many of the outdoor activities the state has to offer. She enjoys trail running, mountain biking, hiking, and kayaking. Although she spent time at Caltech as a Moore Scholar in the fall of 2010, she says, there's still much of Southern California left to explore. 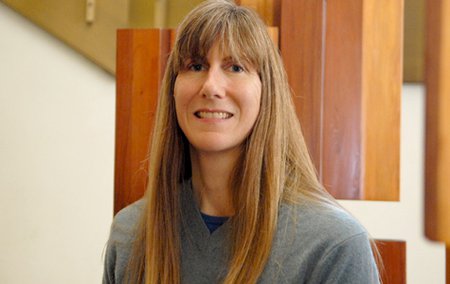 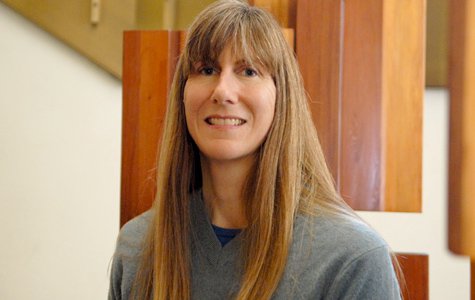