A team led by scientists at Caltech and the Jet Propulsion Laboratory (JPL), which Caltech manages for NASA, has calculated that if liquid water exists on Mars, it could—under specific conditions—contain more oxygen than previously thought possible. According to the model, the levels could even theoretically exceed the threshold needed to support simple aerobic life.

That finding runs contrary to the current, accepted view of Mars and its potential for hosting habitable environments. The existence of liquid water on Mars is not a given. Even if it is there, researchers have long dismissed the idea that it might be oxygenated, given that Mars's atmosphere is about 160 times thinner than that of Earth and is mostly carbon dioxide.

"Oxygen is a key ingredient when determining the habitability of an environment, but it is relatively scarce on Mars," says Woody Fischer, professor of geobiology at Caltech and a co-author of a Nature Geoscience paper on the findings, which were published on October 22.

"Nobody ever thought that the concentrations of dissolved oxygen needed for aerobic respiration could theoretically exist on Mars," adds JPL's Vlada Stamenković, lead author of the Nature Geoscience paper.

Finding liquid water on Mars is one of the major goals of NASA's Mars program. In recent months, data from a European spacecraft have suggested that liquid water may lie beneath a layer of ice at Mars's south pole. It has also been hypothesized that water could exist in salty subsurface pools, because perchlorate salts (compounds of chlorine and oxygen) have been detected at various places on Mars. Salt lowers the freezing point of water, which means that water with perchlorate in it could potentially stay liquid despite the freezing temperatures on Mars, where summer nights on the equator can still dip down to -100 degrees Fahrenheit.

That hypothetical salty water is what interested Fischer and Stamenković. Oxygen enters water from the atmosphere, diffusing into the liquid to maintain an equilibrium between the water and the air. If salty water were close enough to the surface of the Martian soil, then it could effectively absorb oxygen from the thin atmosphere.

To find out just how much oxygen could be absorbed, Stamenković, Fischer, and their colleagues Michael Mischna at JPL and Lewis Ward (MS '14, PhD '17) at Harvard, did two things: First, they developed a chemical model describing how oxygen dissolves in salty water at temperatures below the freezing point of water. Second, they examined the global climate of Mars and how it has changed over the past 20 million years, during which time the tilt of the axis of the planet shifted, altering regional climates. The solubility and climate models together allowed the researchers to infer which regions on Mars are most capable of sustaining high oxygen solubilities, both today and in the planet's geologically recent past.

The team found that, at low-enough elevations (where the atmosphere is thickest) and at low-enough temperatures (where gases like oxygen have an easier time staying in a liquid solution), an unexpectedly high amount of oxygen could exist in the water—a value several orders of magnitude above the threshold needed for aerobic respiration in Earth's oceans today. Further, the locations of those regions have shifted as the tilt of Mars's axis has changed over the past 20 million years. During that time, the highest oxygen solubilities have occurred within the past five million years.

The findings could inform future missions to Mars by providing better targets to rovers searching for signs of past or present habitable environments, Stamenković says.

Their paper is titled "O2 solubility in Martian near-surface environments and implications for aerobic life." 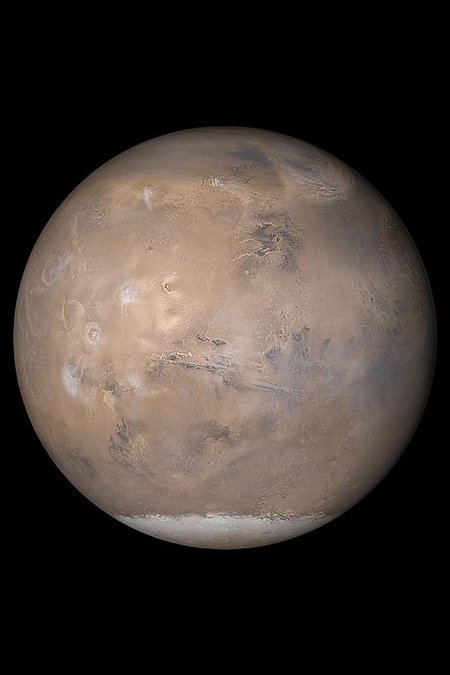 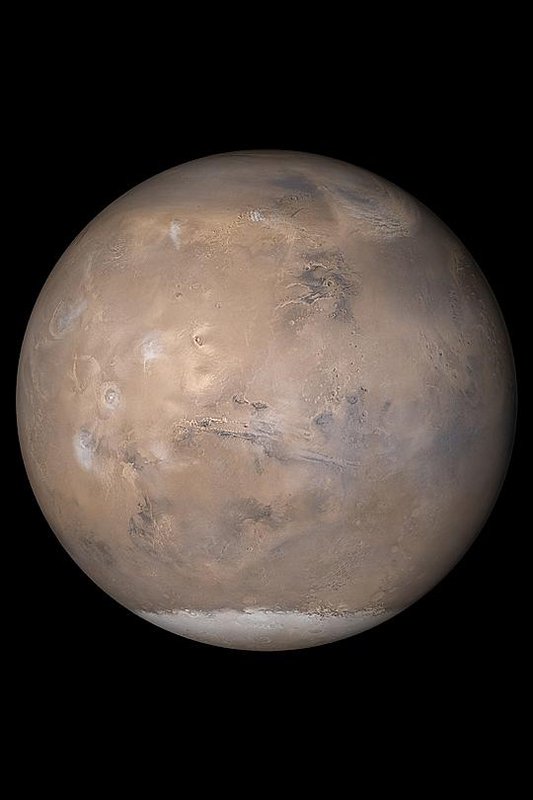