Feynman Teaching Award winner Mike Brown ventures into new fields of instruction: the Massive Open Online Course, or MOOC, and the "flipped" classroom, which inverts the traditional arrangement of listening to lectures in class and doing assignments at home.

Mike Brown, the Richard and Barbara Rosenberg Professor and Professor of Planetary Astronomy, is teaching a nine-week course to 20 Caltech undergraduates—and some 2,000 Internet users. Geology/Astronomy 11c, "Introduction to Earth and Planetary Sciences: Planetary Sciences," is also available on line at Coursera.org as "The Science of the Solar System."

"It's pretty amazing," says Brown. In one sitting, I teach more students than I would in my entire career at Caltech."

The course's videos are grouped into four multiweek units that cover the history of water on Mars, the interiors of the giant planets, the formation of the solar system as recorded in the rubble of small bodies left behind, and the search for life beyond Earth. Every lecture demonstrates how planetary science draws on techniques from an assortment of disciplines to attack a problem. For example, he describes how in 1966 Caltech physics professor Robert Leighton (BS '41, MS '44, PhD '47) and planetary science professor Bruce Murray used basic physics to conclude that Mars's polar caps could not be ordinary ice, as had generally been assumed, but must instead be dry ice—frozen carbon dioxide. The unit as a whole traces the history of both the planet and our quest to understand it, from our first telescopic observations to our current fleet of spacecraft. The lectures are sprinkled with personal asides, such as the fact that the very first front-page color photograph to run in Brown's hometown newspaper was of the rusty, rock-strewn desert of Mars's Chryse Planitia, beamed back from the Viking One lander on July 21, 1976.

The for-credit version taken by Caltech undergraduates is a "flipped" class. Students watch the lectures on their own time, and the instructional sessions are devoted to personal interactions with one another and with Brown. After he fields questions on the week's lectures, the students break up into small groups. For the Mars unit, each group was provided the location of one of the backup landing sites selected for Curiosity, the Mars Science Laboratory rover, and told to write a report on the site's geologic history based on the wealth of data and images available online. The reports were to pay special attention to the times and forms in which water might have been present at the sites. Each group then had to make the case for its site as the best choice in a presentation to the entire class.

"The goal is to have them synthesize the individual things they learned from the lectures and apply it to spots that we didn't necessarily talk about," Brown says. "I told them to organize their thinking by just looking at the lectures' titles. There's photogeology, where you compare pictures to landforms on Earth to see what's going on. There are outflow channels, dendritic channels, valley networks. There's the altimetry, which tells you about slopes and drainages. You can look at the gamma-ray data to see if there's subsurface water. And the infrared spectroscopy tells you about the mineralogy, which tells you whether water was present when that rock was laid down. You can apply almost everything that was in the lectures to each of these sites."

After the groups have split up, Brown works the room, listening to the students' discussions and occasionally asking a question. As one group begins pooling what they've gleaned from their individual readings about their site, a student says he doesn't see any evidence for what one paper claims to be an ancient shoreline. Brown remarks, "Just because a paper's been published doesn't mean it's right. How do you decide if a conclusion is credible?" Another student replies, "By how often it's cited?" "That's a good way," Brown agrees. "And it's very easy to do that these days. When I was a student, we had to haul out all these big, thick books. Of course, if all the citations say, 'This is the most idiotic thing I've ever read,' that would be bad." As the period proceeds, the discussion gets more detailed, and Brown's questions become more penetrating. "I'm going to disagree with everything you say to be sure you have the evidence for it," he explains to them. "If I don't ask these questions, NASA will."

This is the second year that Brown has flipped this class. "I'm still learning how it works," he says. When he created the course last year, he recalls, "I spent a lot of time recording. It was a full-time job from January to mid-May, which is crazy for a nine-week class. But the promise was that it all pays off in the subsequent years. Some parts didn't work so well, so I've had to change them, and some parts change because there are always new things happening in space. This time around, I got to put in all the stuff about landing on a comet [i.e., the European Space Agency's Rosetta mission, which landed a probe on comet 67P/Churyumov-Gerasimenko last November], which is super cool, and next year I'll get to do the Pluto flyby stuff [NASA's New Horizons mission, set to flyby the dwarf planet on July 14 of this year]. I think of it as a living textbook."

It took some 45 minutes to record one 15-minute lecture, of which there are about 90. Editing each segment took another two hours. "That was a surprise," Brown says. "At first, I was doing them all myself, but I very quickly cried uncle and sent them over to Leslie [Maxfield (BS '95), Caltech's director of Academic Media Technologies (AMT)]. They did a much better job. This year, with the re-recordings, there's not as much to do, so I'm doing them all myself."

Brown records all the videos in his office using the built-in camera on his computer monitor. In the middle of the room, a portable green-screen backdrop on long-term loan from AMT hangs from borrowed light stands. Hanging next to the screen is the lone blue shirt that Brown wears for continuity. He's perpetually clean-shaven now for the same reason, and he gets the same haircut, on schedule, every eight weeks. "My wife is thrilled," he says. "I used to say, 'Oh, yeah. My hair is 10 feet long; I should get a haircut.' Now she says, 'You're getting another haircut already?'"

Caltech students get nine units of credit for completing the course; people from the outside world get a certificate of completion "good for printing out and hanging on your wall," Brown says. "And as totally meaningless as these certificates are, people are very motivated by them. They're enjoying the class, they're trying to learn, and they want that certificate. I'm very excited about this class because it's the best outreach tool I've ever found, in a very interesting niche where we don't normally do outreach. This is intense—2,000 people spending nine weeks doing three or four hours a week of planetary science. That's crazy. And they were an engaged, dedicated group by the end. They feel a big sense of allegiance to all aspects of it: to me, to Caltech, and I think to Coursera as well. It's a pretty great tool." 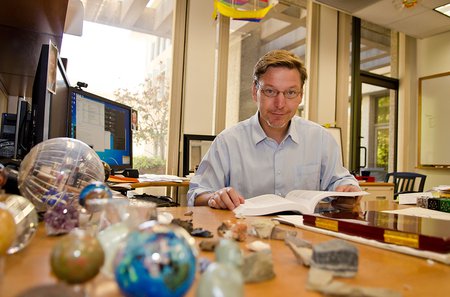 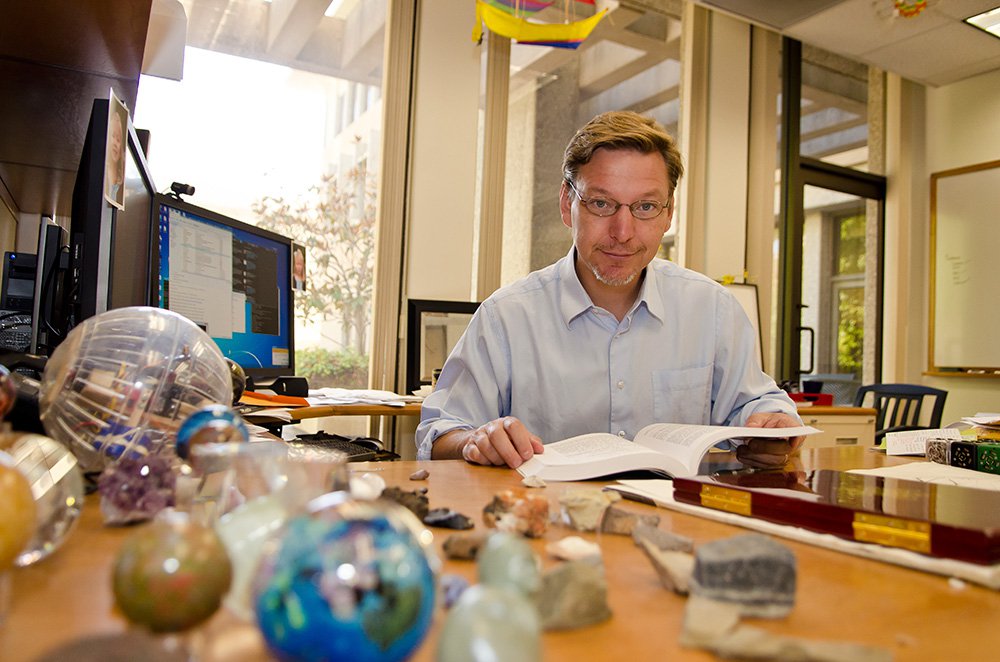