All materials, including the screen on which you are currently reading this text, are composed of a tiny universe of particles. These particles are not only the physical ones, like electrons and atomic nuclei, but also excited states (or so-called quasiparticles) that constantly collide and bounce, gaining and losing energy. Marco Bernardi, a newly appointed assistant professor of applied physics and materials science in the Division of Engineering and Applied Science, is fascinated by these interactions and how they give rise to the world around us. We spoke with Bernardi about his research on energy in materials and also about his new life in the California sun.

You study materials on a tiny, atomic scale. What does that look like?

At the microscopic scale, all materials are made up of numerous interacting particles, trading energy with one another through various collisions that we call scattering processes. For example, if you excite a material with light, electrons inside will undergo scattering processes to release this excess energy. They can emit light as a photon, emit vibrations as a phonon, or trade energy with other electrons. Surprisingly, these processes occur even in the dark, as all materials maintain an equilibrium with the environment by exchanging energy. Materials hide an intangible universe.

What are you trying to discover about these excited states?

We study the collision processes between these excited states, both to understand the fundamental science and because they are essential for applications. These processes take place on a femtosecond timescale—a femtosecond is a millionth of a billionth of a second—so they are very challenging to study experimentally. One thing we examine is how long it takes for a material to go back to its normal state of equilibrium after it has been excited. For example: if you excite a piece of gallium arsenide by shining light on it, then it will reemit light as it returns back to its equilibrium state. This emission fades out in time. We want to characterize the timescale for this emission decay, which is called the photoluminescence lifetime. Other examples are the scattering of an electron by a crystalline defect in a material, or the time for the spin of an electron to reorient. If we can understand the timescale for the interactions among electrons, phonons, light, defects, spin, and other excited states, we can predict how materials transport electricity and heat, emit and absorb light, and convert energy into different forms. Applications in electronics, optoelectronics, ultrafast science, and renewable energy abound.

In some cases, the questions we ask have already been examined experimentally. Experimentally, it has been determined that an excited electron in silicon loses energy on a femtosecond timescale, and the conductivity of a simple material like gold has been found. But my group aims to look at materials theoretically. We use the atomic structure of materials—the way their atoms are positioned—as the only input, and solve the equations of quantum mechanics in a computer, without any information from experiment. With this approach, we can understand microscopic details out of reach for experiments and can investigate materials that have not yet been fabricated, besides being able to obtain known experimental results. Some problems, like calculating the conductivity of gold, may sound trivial—but nobody has ever computationally calculated the correct conductivity of gold without any information from experiment, and in particular without knowledge of the timescale for electron scattering. There are also a lot of new experiments studying materials at extremely short timescales, some of them requiring multimillion-dollar lasers, but few theories that can explain them. We are working on computational tools that can understand and microscopically interpret both traditional and less traditional experimental scenarios.

We have a fair understanding of most of the different types of scattering processes, and we have ambitious plans to combine all of these computational approaches for different microscopic phenomena into one big code that can calculate everything that's going on in an excited material. Employing massively parallel algorithms and running them on our computer cluster at Caltech or at national supercomputing facilities, this code would open new avenues for our research.

What are some applications of this work?

In any application where current or light is involved, scattering processes between electrons or other excited states control the behavior of the device. This includes solar panels, circuits, transistors, displays, and other electrically conductive materials. Understanding the timescale and the microscopic details of these scattering processes could allow one to create more efficient solar energy conversion devices, light emitters, and circuits, among other applications; or even "just" understand the behavior of matter at the shortest possible timescale.

What excites you most about being at Caltech?

I'm most excited about the emphasis on fundamental science here. People can be really tempted by "flashy" science or experiments on hot topics. But to compute what I'm trying to look at, we have to first build our understanding on simple experiments and materials—boring things—before we are able to tackle materials at the frontier of condensed matter research. Nobody really wants to do basic measurements on pieces of silicon or gold. But fundamentally we don't know how to compute in detail basic excitations in materials. Caltech supports this kind of science. And no matter what you're working on, you can talk to somebody who will give you some unique perspective or insight.

What is your background? How did you get interested in this field?

I grew up in Italy. In high school, I really enjoyed math and physics. I read an article about carbon nanotubes and nanotechnology, and during my undergraduate education in Italy I became very interested in the physics of materials. Carbon nanotubes can be either metallic or semiconducting—a material where you can control how much current can flow through—so you should be able to create all kinds of parts of a device just made out of these tubes. During my PhD work at MIT, my advisor and I predicted that it would be possible to create a solar cell entirely out of carbon nanotubes. We worked together with a colleague who synthesized the device from our design, and now we have the world record for making a solar cell entirely out of carbon. In the two years that I spent at Berkeley, I discovered that I wanted to understand the dynamics of how particles and excited states exchange energy in materials. Now I'm deeply settled and focused on this problem.

What's your favorite thing about being in Southern California?

It's always sunny. I love swimming, and the outdoor swimming pools are great—at MIT, it was generally too cold to go swim outside. So I'm taking full advantage of how warm it is here.

What do you like to do outside of work?

I love traveling and planning trips. I like to pick a country, go online and find all kinds of options for routes and itineraries, and go explore for two weeks. If I weren't doing science I would probably be traveling and learning languages and talking to people. I've been to Japan and Chile recently, and I would really like to see more of Asia but it's getting more complicated—my wife and I are expecting a baby! My maps tell me that I currently have seen 20 percent of the whole world—on land, that is. My ambition is to get to 80 percent one day. 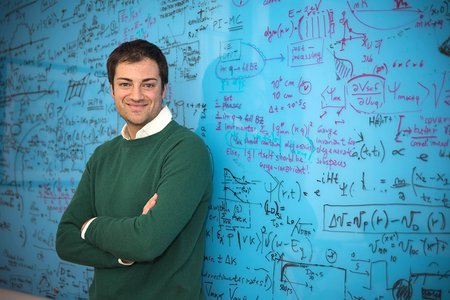 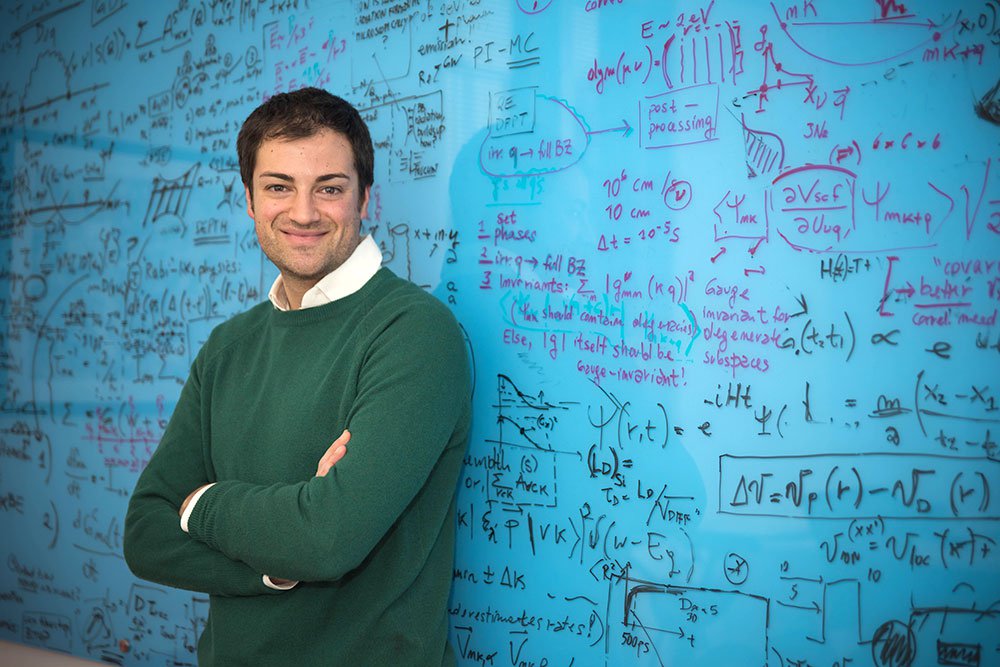