Men's Basketball Makes it Two Wins in a Row

Just days after shaking off a 55-game conference losing streak, the Caltech men's basketball team accomplished something it had not in 44 years—two Southern California Intercollegiate Athletic Conference (SCIAC) wins in one season—with a 92–77 victory over Whittier College on Saturday, February 7.

Their first win of the season—and first conference victory since February 22, 2011, when the team broke a 310-game conference losing streak—came Tuesday, February 3, against the University of Redlands, after a game-winning basket at the buzzer.

"It was an amazing, unprecedented week for basketball and Caltech athletics. Our team continues to progress and the effort each player and coach puts into our program translated into two huge wins," says head basketball coach Oliver Eslinger. "We thank our fans and community for the energy they brought to Braun. There's more to come!"

The men's team last won two conference games in the 1970–71 season. The last set of back-to-back conference wins occurred 61 years ago, in the 1953–54 season, when the team won three straight conference games to claim the SCIAC Championship. Caltech also recorded consecutive SCIAC victories during the 1960–61, 1959–60, and 1958–59 seasons, although in each case there was a nonconference loss between the two winning conference games.

The team will next face off against Claremont-Mudd-Scripps on Thursday, February 12, at the Rains Center on the Pomona College campus. Tip-off is at 7:30 p.m. 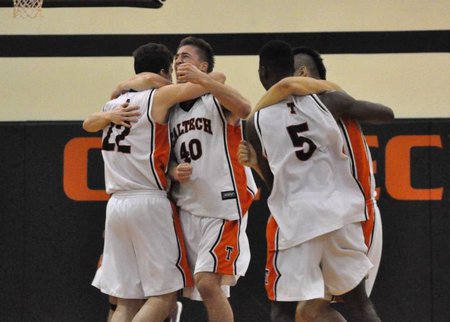 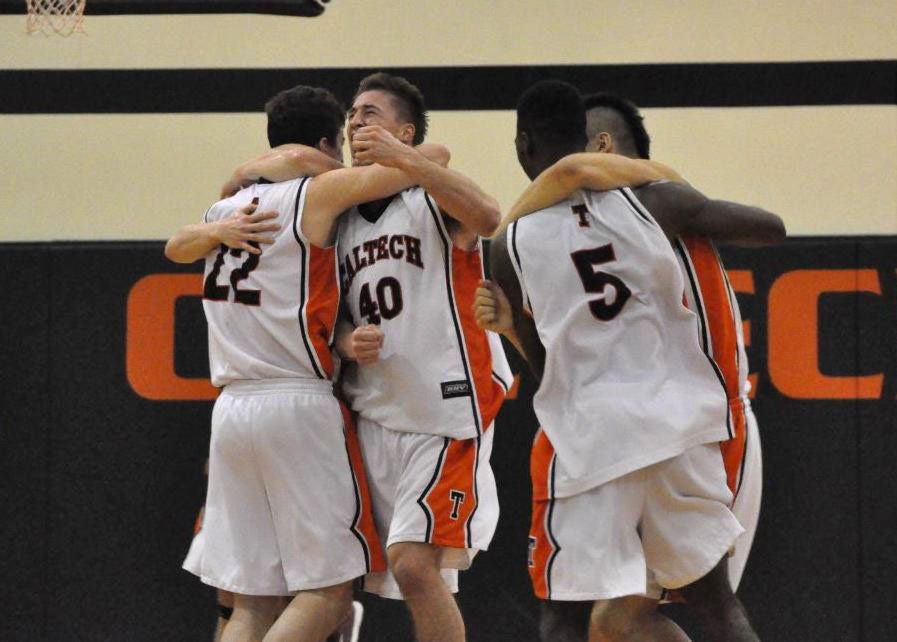