PASADENA, Calif.—When one observes a colorful jellyfish pulsating through the ocean, Greek mythology probably doesn't immediately come to mind. But the animal once was known as the medusa, after the snake-haired mythological creature its tentacles resemble. The mythological Medusa's gaze turned people into stone, and now, thanks to recent advances in bio-inspired engineering, a team led by researchers at the California Institute of Technology (Caltech) and Harvard University have flipped that fable on its head: turning a solid element—silicon—and muscle cells into a freely swimming "jellyfish."

Their method for building the tissue-engineered jellyfish, dubbed Medusoid, is outlined in a Nature Biotechnology paper that appears as an advance online publication on July 22.

"A big goal of our study was to advance tissue engineering," says Janna Nawroth, a doctoral student in biology at Caltech and lead author of the study. "In many ways, it is still a very qualitative art, with people trying to copy a tissue or organ just based on what they think is important or what they see as the major components—without necessarily understanding if those components are relevant to the desired function or without analyzing first how different materials could be used." Because a particular function—swimming, say—doesn't necessarily emerge just from copying every single element of a swimming organism into a design, "our idea," she says, "was that we would make jellyfish functions—swimming and creating feeding currents—as our target and then build a structure based on that information."

Jellyfish are believed to be the oldest multi-organ animals in the world, possibly existing on Earth for the past 500 million years. Because they use a muscle to pump their way through the water, their function—on a very basic level—is similar to that of a human heart, which makes the animal a good biological system to analyze for use in tissue engineering.

"It occurred to me in 2007 that we might have failed to understand the fundamental laws of muscular pumps," says Kevin Kit Parker, Tarr Family Professor of Bioengineering and Applied Physics at Harvard and a coauthor of the study. "I started looking at marine organisms that pump to survive. Then I saw a jellyfish at the New England Aquarium, and I immediately noted both similarities and differences between how the jellyfish pumps and the human heart. The similarities help reveal what you need to do to design a bio-inspired pump."

Parker contacted John Dabiri, professor of aeronautics and bioengineering at Caltech—and Nawroth's advisor—and a partnership was born. Together, the two groups worked for years to understand the key factors that contribute to jellyfish propulsion, including the arrangement of their muscles, how their bodies contract and recoil, and how fluid-dynamic effects help or hinder their movements. Once these functions were well understood, the researchers began to design the artificial jellyfish.

Nawroth and colleagues looked at several materials from which to fashion the body of their beast, eventually settling on an elastic material that is relatively similar to the "jelly" found in a real jellyfish. The team at Harvard—with the help of Nawroth, who spent time on both campuses during the length of the project—fashioned the silicone polymer that makes up the body of the Medusoid into a thin membrane that resembles a small jellyfish, with eight arm-like appendages. Next, they printed a pattern made of protein onto the membrane that resembled the muscle architecture in the real animal. The protein pattern serves as a road map for growth and organization of dissociated rat tissue—individual heart muscle cells that retain the ability to contract—into a coherent swimming muscle.

When the researchers set their creation free in an electrically conducting container of fluid and oscillated the voltage from zero volts to five, they shocked the Medusoid into swimming with synchronized contractions that mimic those of real jellyfish. In fact, the muscle cells started to contract a bit on their own even before the electrical current was applied.

"I was surprised that with relatively few components—a silicone base and cells that we arranged—we were able to reproduce some pretty complex swimming and feeding behaviors that you see in biological jellyfish," says Dabiri, with fluid-dynamics measurements that match up to those of the real animal. "I'm pleasantly surprised at how close we are getting to matching the natural biological performance, but also that we're seeing ways in which we can probably improve on that natural performance. The process of evolution missed a lot of good solutions."

This advance in bio-inspired engineering, the team says, demonstrates that it is inadequate to simply mimic nature: the focus must be on function. Their design strategy, they say, will be broadly applicable to the reverse engineering of muscular organs in humans. In addition, Dabiri and colleagues say, their new process of harvesting heart-muscle cells from one organism and reorganizing them in an artificial system will be useful in building an engineered system using biological materials.

"As engineers, we are very comfortable with building things out of steel, copper, concrete," says Parker. "I think of cells as another kind of building substrate, but we need rigorous quantitative design specs to move tissue engineering from arts and crafts to a reproducible type of engineering. The jellyfish provides a design algorithm for reverse engineering an organ's function and developing quantitative design and performance specifications. We can complete the full exercise of the engineer's design process: design, build, and test."

The team's next goal is to design a completely self-contained system that is able to sense and actuate on its own using internal signals, as human hearts do. Nawroth and Dabiri would also like for the Medusoid to be able to go out and gather food on its own. Then, researchers could think about systems that could live in the human body for years at a time without having to worry about batteries because the system would be able to fend for itself. For example, these systems could be the basis for a pacemaker made with biological elements.

"We're reimagining how much we can do in terms of synthetic biology," says Dabiri. "A lot of work these days is done to engineer molecules, but there is much less effort to engineer organisms. I think this is a good glimpse into the future of re-engineering entire organisms for the purposes of advancing biomedical technology. We may also be able to engineer applications where these biological systems give us the opportunity to do things more efficiently, with less energy usage."

Other Harvard collaborators who contributed to the Nature Biotechnology paper, "A Tissue-Engineered Jellyfish with Biomimetic Propulsion," are Hyungsuk Lee, Adam W. Feinberg, Crystal M. Ripplinger, Megan L. McCain, and Anna Grosberg, who earned her PhD in bioengineering at Caltech. Funding for the study included grants from the Wyss Institute for Biologically Inspired Engineering at Harvard, the National Science Foundation (NSF), the National Institutes of Health, the Office of Naval Research, and NSF Program in Fluid Dynamics. 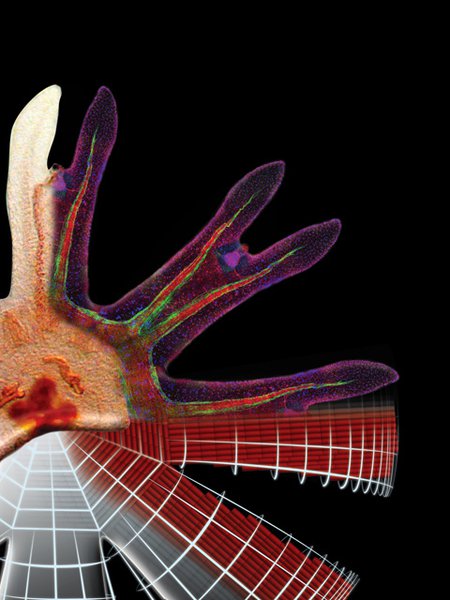 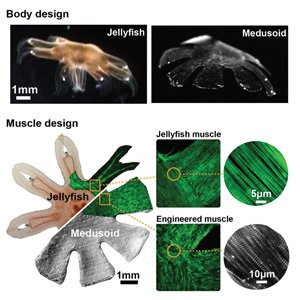 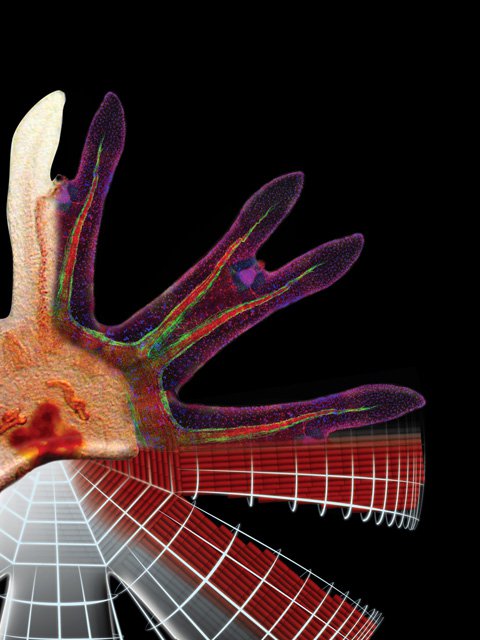