In 2011, the Community Seismic Network (CSN) began taking data from small, inexpensive accelerometers in the greater Pasadena area. Able to measure both weak and strong ground movement along three axes, these accelerometers promise to provide very high-resolution data of shaking produced by seismic activity in the region. "We have quite a large deployment of these accelerometers, about 400 sensors now, in people's homes but also in schools and businesses, and in some high-rise buildings downtown," says Julian Bunn, principal computational scientist for Caltech's Center for Advanced Computing Research. "We run client software on each sensor that sends data up into Google's cloud. From there we can analyze the data from all these sensors."

The CSN is the brainchild of Professor of Geophysics Rob Clayton, Professor of Engineering Seismology Tom Heaton, and Simon Ramo Professor of Computer Science, Emeritus, K. Mani Chandy, and a collaboration among Caltech's seismology, earthquake engineering, and computer science departments. It has successfully detected the many earthquakes that have occurred since its establishment. In addition, the CSN currently assists in damage assessment by generating maps of peak ground acceleration before accurate measurements of the earthquake epicenter or magnitude are known.

However, the CSN could provide further assistance in damage assessment if it were also able to produce an immediate estimation of the magnitude. "Right now we only detect an event," says Bunn. "We don't estimate the magnitude." This is where Caltech junior Kevin Li comes in. Li has been spending his 10-week Summer Undergraduate Research Fellowship (SURF) trying to develop a machine-learning system that can accurately estimate the magnitude of an earthquake within seconds of its detection.

Of course, the USGS already accurately measures earthquake magnitudes, but it does so by means of highly sophisticated—and expensive—seismometers that are located several miles apart from one another. Post-quake "ShakeMaps" are then constructed by extrapolating from this data to estimate shaking between seismometer stations. The problem, as recent quakes in California have shown, is that shaking can vary widely even from block to block—as can damage and potential injuries. The CSN proposes to capture this variation and provide an important resource for first responders during major earthquakes, pinpointing areas likely to have the most damage. Should this pilot study prove fruitful, says Bunn, it could "provide better hazard mitigation in parts of the world where they can't afford these very expensive installations."

"Seismic networks like the USGS use really fine sensors," explains Li. "However, the CSN sensors sacrifice fine measurement precision for low-cost efficiency. The sensors record particularly noisy data, far noisier than what the USGS system is used to. As a result, we cannot just adopt the algorithms from USGS. We need to develop our own system."

So far, says Li, the work is going well. "I'm currently still in week nine of my 10 weeks, but I have a system that seems like it can give a magnitude estimate that is within 1 unit of magnitude. For instance, if the estimation is 5.4, then the real magnitude should be somewhere between 4.4 and 6.4. If we can get to better precision than that, even better."

Li notes that his system has so far only been evaluated using USGS magnitudes for previous seismic events over the past two years. "I have yet to test it on a new event. Perhaps I can test it on the data from the recent earthquake in Napa once Caltech has finished processing it."

CSN is supported by funding from the Gordon and Betty Moore Foundation. 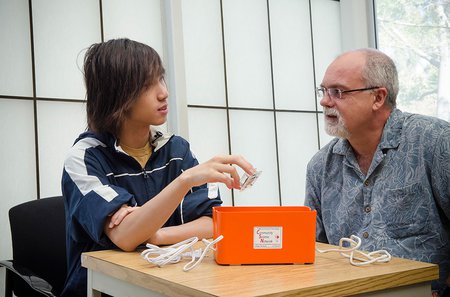 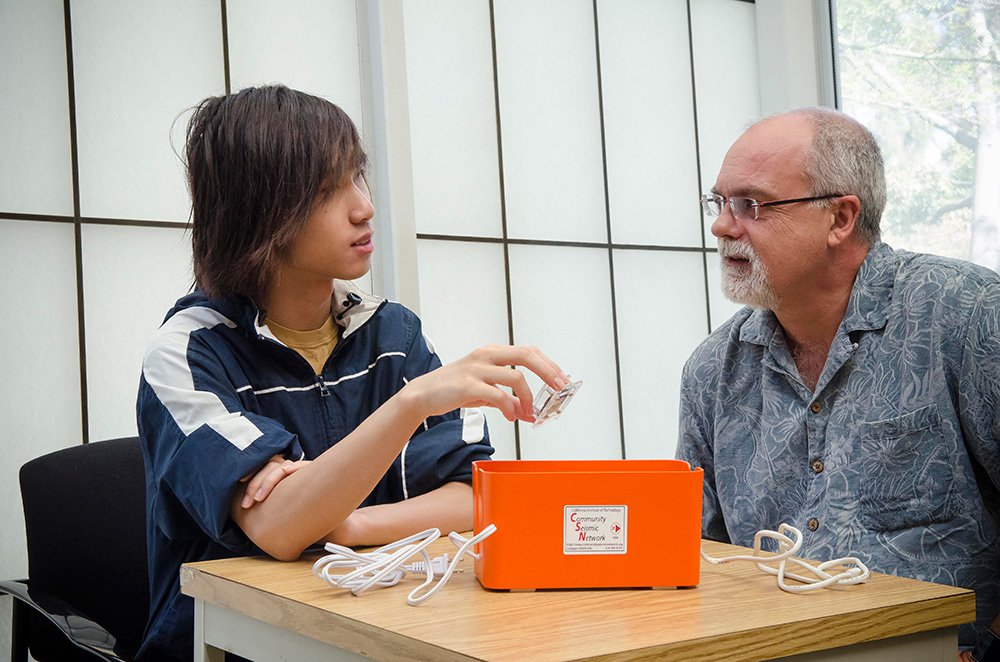